Packet noodles with a twist 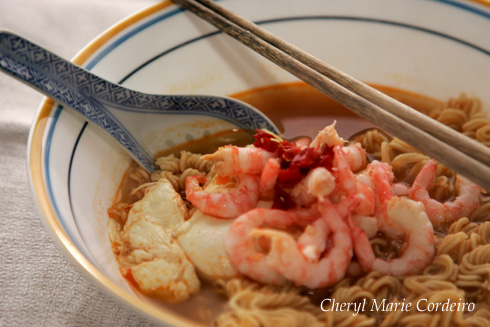 A small seasoned piece of instant noodles was given to me from its package and I was munching on these newfound chips for the first time, without even knowing what it was. This style of eating dried hardened noodles was introduced to me by a schoolmate, after running around the school playground together and I thought the dried noodles, rather a large biscuit to be broken into smaller bits and eaten like biscuit crumbs from the bag. The packet had a blue monster on the front much like Cookie Monster, but with a red nose, the brand, Mamee, and I was six years old. It was to be four years later when I realized that instant noodles were normally eaten in a bowl. 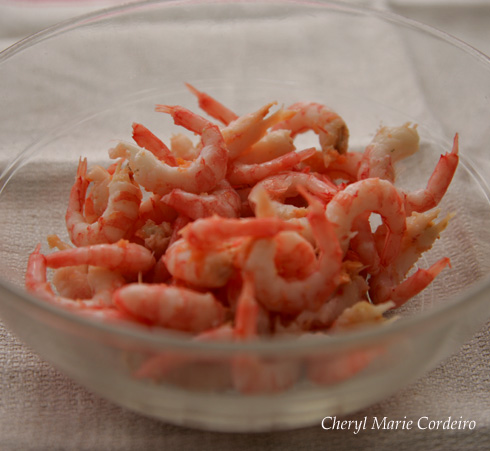 The attraction of the package of plain instant egg noodles is its convenience and versatility. You can quite simply have it as is after pouring hot water over it, or you can go all creative and add just about anything else you like to it. So convenient is it, that some airlines even serve it as a midnight snack for long haul flights to passengers, wide awake through the trip. And while I haven’t quite outgrown this college fare, where I sometimes work through lunch only to find myself ravishingly hungry in late afternoon, I do like instant noodles with a twist these days, especially a variation made with shrimp broth spiced with red chillies, and a poached egg. 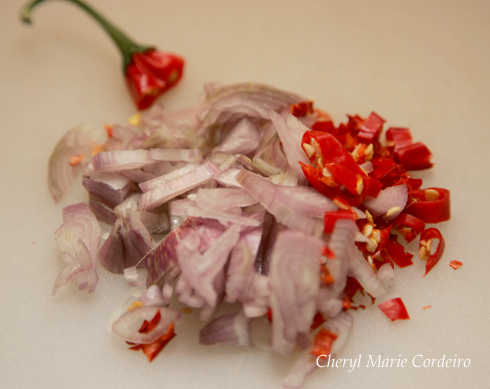 Shallot and chilli go into the shrimp broth.

Packages of frozen pre-boiled shrimp are a convenient buy at the Swedish grocers and having a few packages in storage in the refrigerator is always handy for this meal. These shrimp sold in Sweden are mostly good for sandwiches, to be eaten as is after peeling. Cooking these shrimps are not recommended because any extra heat will turn them rubbery. So when using them for noodles, they’re placed in the bowl only at the very end of it before serving. 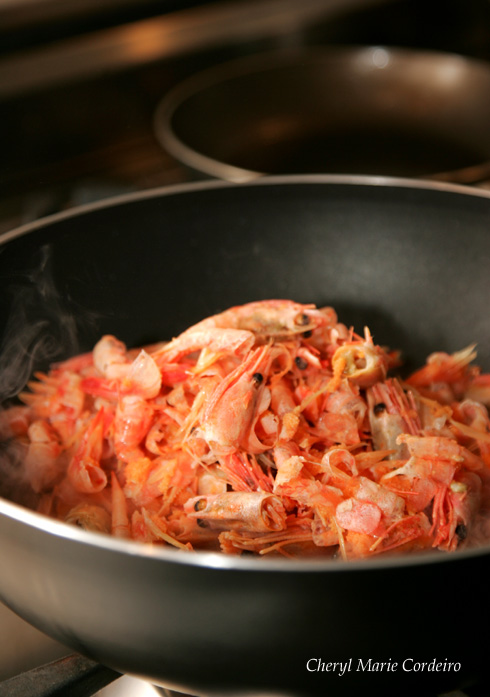 Shrimp broth in the making. Consider rinsing the peel in cold water before braising them to get rid of some of the salt.

The shrimp body and its peel are separated, where into the wok goes the shrimp peel together with shallots and chillies. If you have a small strip of shrimp paste or belachan, you can add this to the broth to bring out a Southeast-Asian note. Otherwise a minute dash of white wine into the peel will turn this simple dish magic. The peeled shrimps are set aside to be added immediately before serving. 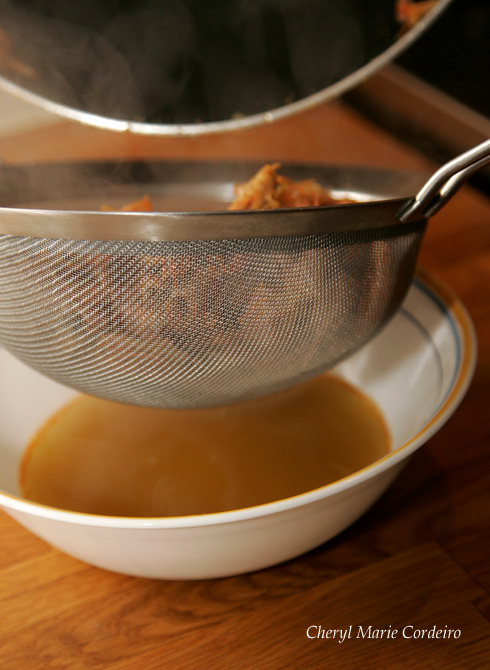 Peel of the shrimp, strained.

Once the broth is done, it’s strained and the peel discarded. 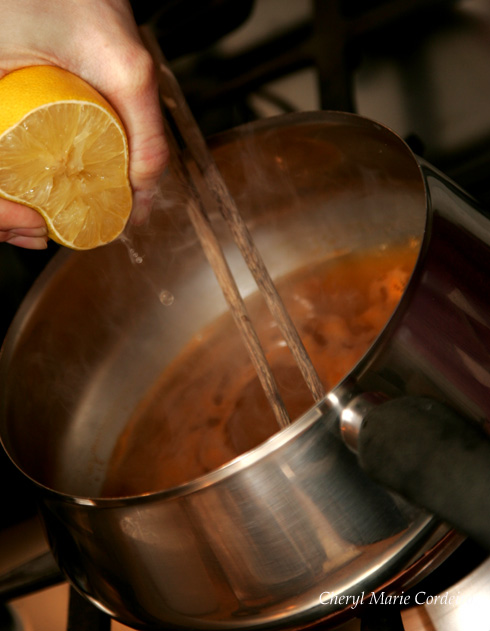 A squeze of lemon juice into the shrimp broth.

To the broth that goes back on the stove, I sometimes add a squeeze of lime or lemon juice, if I haven’t got any tamarind. Otherwise, tamarind seeds will give the broth a slight tangy taste. The result of which is a hot sour soup to the noodles. 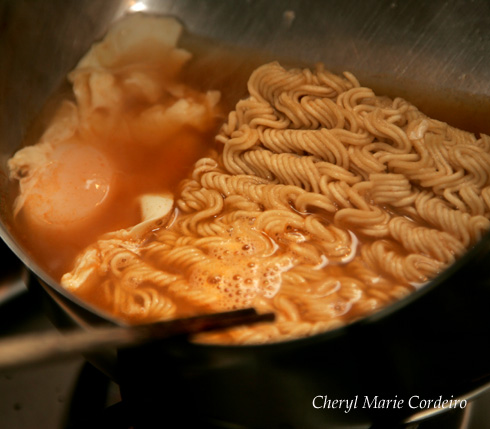 Poached egg with egg noodles in the shrimp broth.

Now, there are plenty of ways to cook a packet of instant noodles – it isn’t rocket science – and I do know a few persons who time it to the minute following the instructions on the packaging. Since I like my noodles al dente, all other ingredients for the meal goes in first. In this case, it was just the egg to be poached.

This meal takes all about half an hour to put together from peeling the shrimp to serving at the table, and it couldn’t be better for rush hours or lazy cooking days.