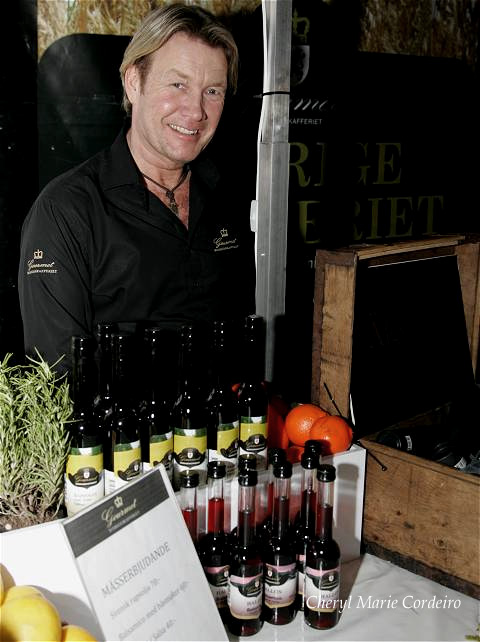 Lars Schönemyr of the Gourmet Sverigeskafferiet AB demonstrating some of their new Swedish “exoctic” flavours at the recent Passion for Food fair in Gothenburg Sweden, 2010.
Photo © Jan-Erik Nilsson and Cheryl Cordeiro-Nilsson
for Cheryl Marie Cordeiro 2010

A few years ago I hadn’t even heard of boysenberries. On a late summer’s day however, just after a quick dip in the clean seawater off the Swedish West coast, I was introduced to the berries in their own habitat right by the beach, basking in the afternoon sun! These berries are black and boisterously brimming of flavour, vitamins and energy. Unabated by the fact that they are fiercely protected by more thorn filled branches than any other berry I have ever known, I went about picking a handful of them to eat by the beach in a small fruit picnic. The berries were in various stages of ripening and the ripened ones were everything juicy, sweet and purple on the tongue! 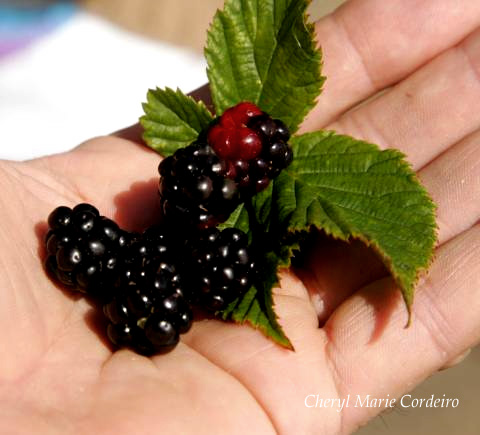 Boysenberries found growing wild at the west coast of Sweden. These could possibly have escaped from an old garden by the beach but are now so easily found that nobody gives it a second thought where they come from. Same with raspberries that also grow wild in Sweden during the summer months.

Little did I know, I would meet the same berries again in an entirely unexpected environment at the Passion for Food fair at the Gothenburg Eriksbersgshall, turned into a most interesting vinegar!

This was one of many new interesting food products that was presented by Lars Schönemyr of the Gourmet Sverigeskafferiet AB this year. We got to talk about what they were doing, trying to develop gourmet cooking products mostly for the professional food industry. Lovely things based on Swedish produce and Swedish flavours, aimed at presenting products that could rival International cuisine equivalents but based on Swedish traditions, such as this boysenberry vinegar.

Having made my rounds in the trade fair, it seemed that of all new products available on the culinary scene, it was this boysenberry vinaigrette that struck me as one of the most interesting products to be presented at the entire fair, after Fredrik Andersson had used it in his award winning meat dish. It was one of the products I had to bring home this year, but I soon found out that there was no stock of it left to be found.

When I was just about to leave, as the fair was closing, Lars tossed me a bottle of the boysenberry vinaigrette – With compliments of Gourmet Sverigeskafferiet AB – he said all with a charming smile, and with an apologetic, – Sorry but we are completely sold out of this. Take mine, this is my last…

Seeing how highly unusual yet successful this exotic vinegar could be applied to foods during the fair, I think it quite fun that it’s no big trouble at all to see that there will be a lot of boysenberry somethings on the restaurant menus in Sweden during the upcoming season!

The boysenberry vinaigrette has such a round and lovely flavour. It completely rejuvenates just about anything it laces and of course the gourmet chefs will grab this opportunity to experiment with the more unusual applications of it to food. But for now at home, I’ll be the first to try…

Here is my take on boysenberry vinaigrette 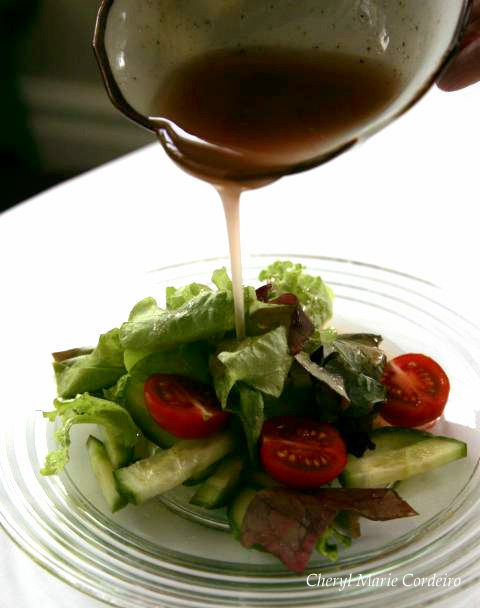 Pour onto any fresh green salad. 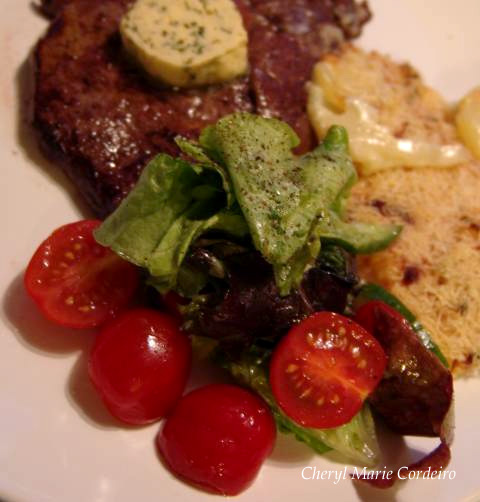 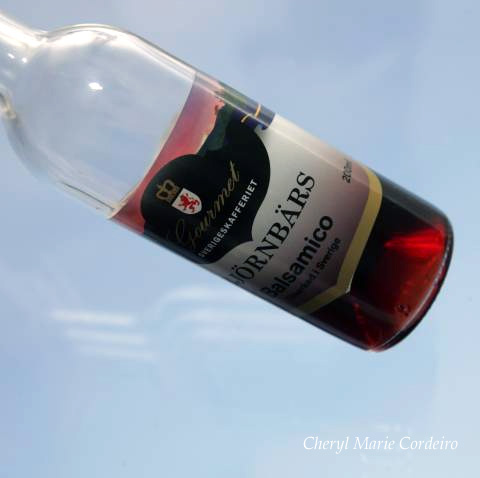 That was gone pretty quick!

For the moment, the only problem with any boysenberry vinaigrette enhanced recipes is that this product is still hard to find in the shops, thus the question to its producer and source – So, now what, Lars?