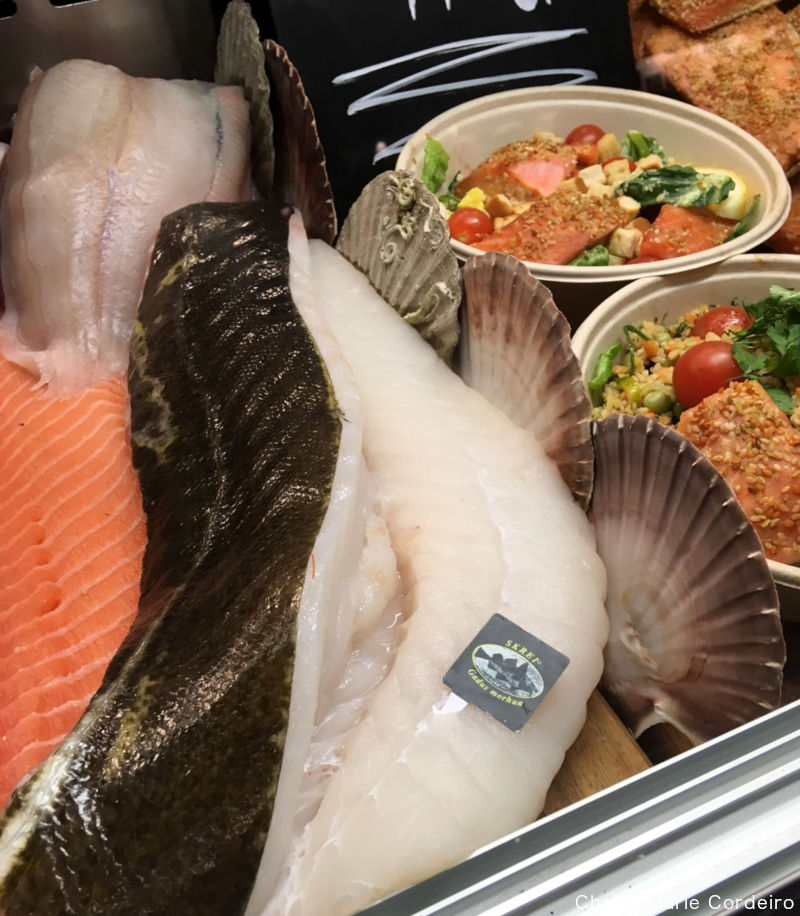 Sweden’s most prominent gourmet food fair, Passion för Mat 2019 took place between 1 to 3 March 2019 in a new conference and exhibition venue, Åbymässan, located in Mölndal in the outskirts of the city of Gothenburg, Sweden. An upside to this location is certainly, more parking spaces for visitors. Stepping into the exhibition space, the atmosphere was electric, as it always is for food enthusiasts, with a pleasant mix of people of the trade whom you’ve gotten to know over the decade and some new exhibitors with whom we can spend time with getting acquainted in their trade and product.

It is quite possible that when living along the west coast of Sweden with access to the activities of fish auctions and fresh seafood that these become so much part of daily living that you never look twice at it. Every other day is west coast shrimp sandwich day. It’s taken for granted that almost all cafés in Gothenburg would have fresh shelled shrimp sandwich on the menu and their own creamy and decadent version of Skagenröra (Skagen mix) or räkröra (shrimp mix).

According to the Food and Agriculture Organization of the United Nations (FAO), annual global consumption of fish1 products has more than doubled in the past 50 years, from 10 kg in 1960 to over 20 kg in 2014 (FAO 2016). The upward trend in seafood consumption is expected to continue much due to the increasing global population, where the current 7 billion is expected to become 9 billion by 2030 and 10 billion by 2050. Protein from seafood consumption also represents an essential nutritional component in many countries, in particular where protein intake is low (FAO 2016). Yet this upward trend has met with some resistance in consumption not least in the countries that produce fish such as Norway. This seeming contradiction of being so close to the fish production value chain, and not being too enthusiastic about consuming fish as such, placed a special spotlight for fish this year at Passion för mat 2019. I was curious to find out about sales and consumption trends in Sweden for fish. Is fish popular in Sweden? If fish is not that popular, why not? And if yes, why so?

The general feedback from fish traders is that fish is indeed popular in Sweden. In 2018 fish consumption statistics indicated that 56 percent polled stated that they ate fish at least once a week. Approximately half as high (22 percent) said they ate fish 2-4 times a week (Statista, 2019). Still the point-of-view of fish traders at this food fair was that there is resistance to consumption for different types of fish (in particular blue mussels) because people generally do not know what to do with it. Fish traders also noted that Swedish consumers are also becoming increasingly educated about food sourcing in general and asked more information on where the fish are harvested or produced, not wanting to consume fish that is not sustainably produced.

It seems then that fish and seafood remain fairly exotic foods even for those who grow up along the coastlines of Sweden and Norway where fishing would be prominent industries. Feeling this uncertainty in consumers and resistance to trying new ways of cooking or eating, the approach taken to this feedback is slightly different between the Swedish west coast and northern Norwegian fish traders. Along the west coast of Sweden, fish and seafood are presented and marketed as convenient / easily accessible grab-and-go foods for the consumer. This is done through the way in which the food is prepared and packaged, in sandwiches, different types of sandwich mixes, patés etc. Ready meals that consumers can buy as takeaways line café counters along the west coast of Sweden where it has become almost cult culture in Gothenburg for example, to have shrimp sandwich every other day. In northern Norway, fish and seafood are mostly sold as raw products, to be purchased and cooked at home. The question then becomes, will Norway’s interest in consuming fish and seafood increase if it was packaged and sold more as ready-to-go meals as how the west coast of Sweden does it? Maybe what we have is a consumer preference product evaluation on the way? 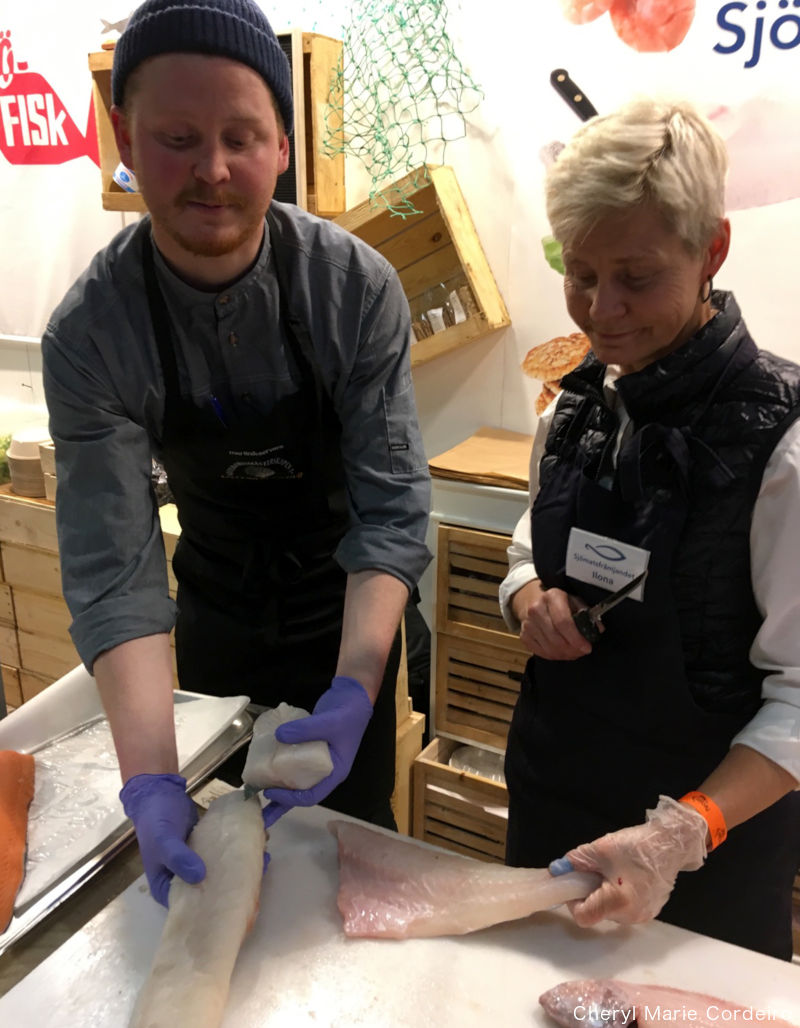 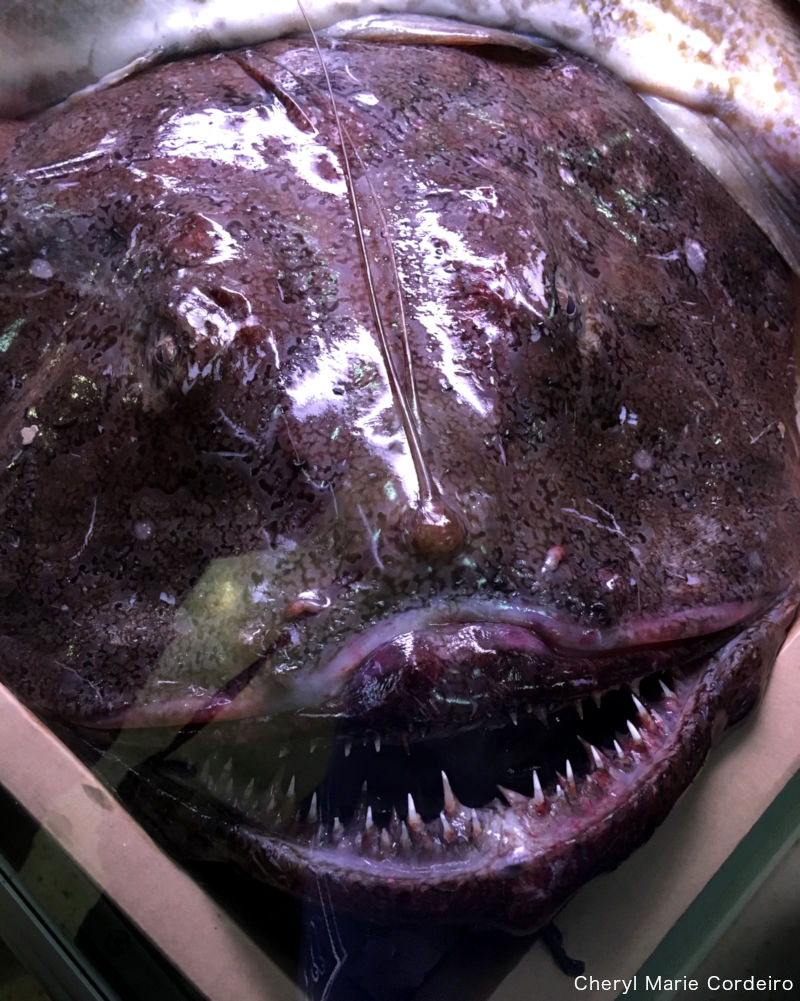 Monkfish, also named conversely as sea-devil, is a member of the genus Lophius. It’s a species of anglerfish found in the North Sea, the Atlantic and Indian Oceans. Recognizable from its glossy skin and broad flattened head with a Cheshire cat grin, it might look intimidating on the display counter but its firm meat lends itself to a variety of ways of cooking, from boiling to grilling. 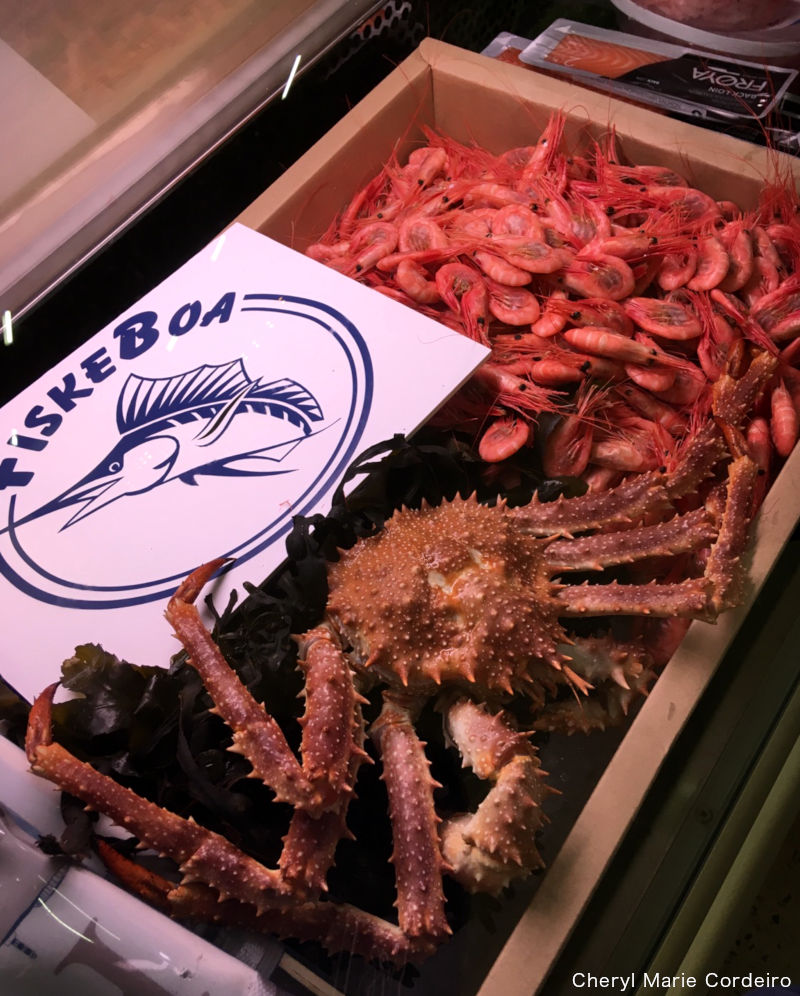 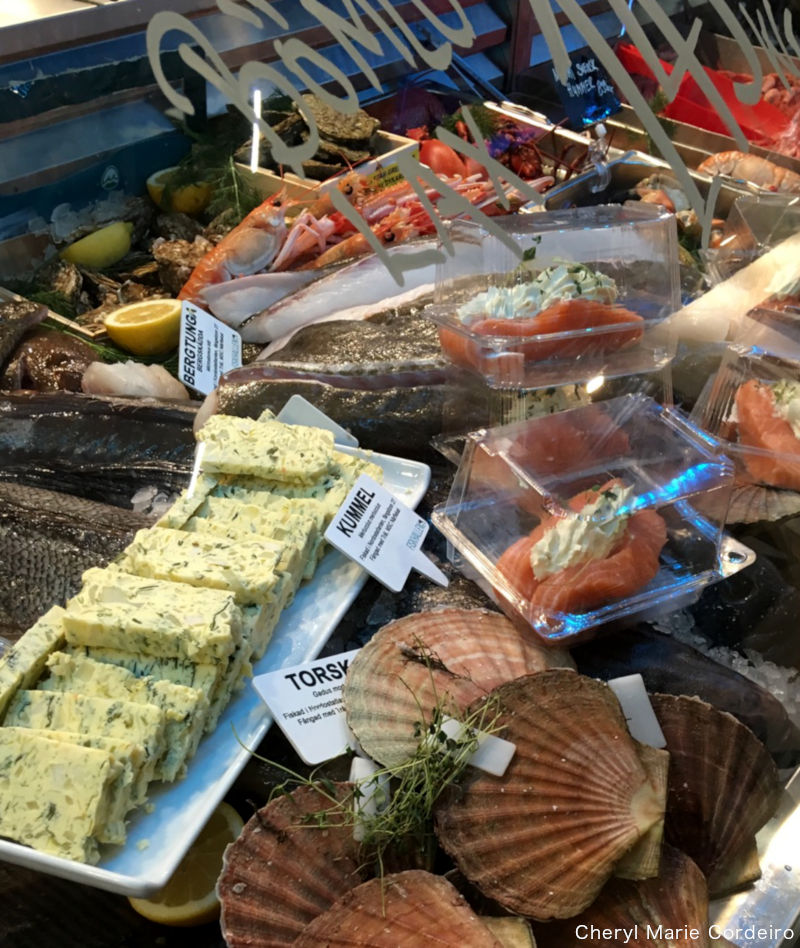 Seafood and fish, along the Swedish west coast seems presented in a more convenient consumer form than in northern Norway where seafood and fish come more as raw products. Most food counters for seafood for example, had both raw produce, and grab-and-go packaged meals. 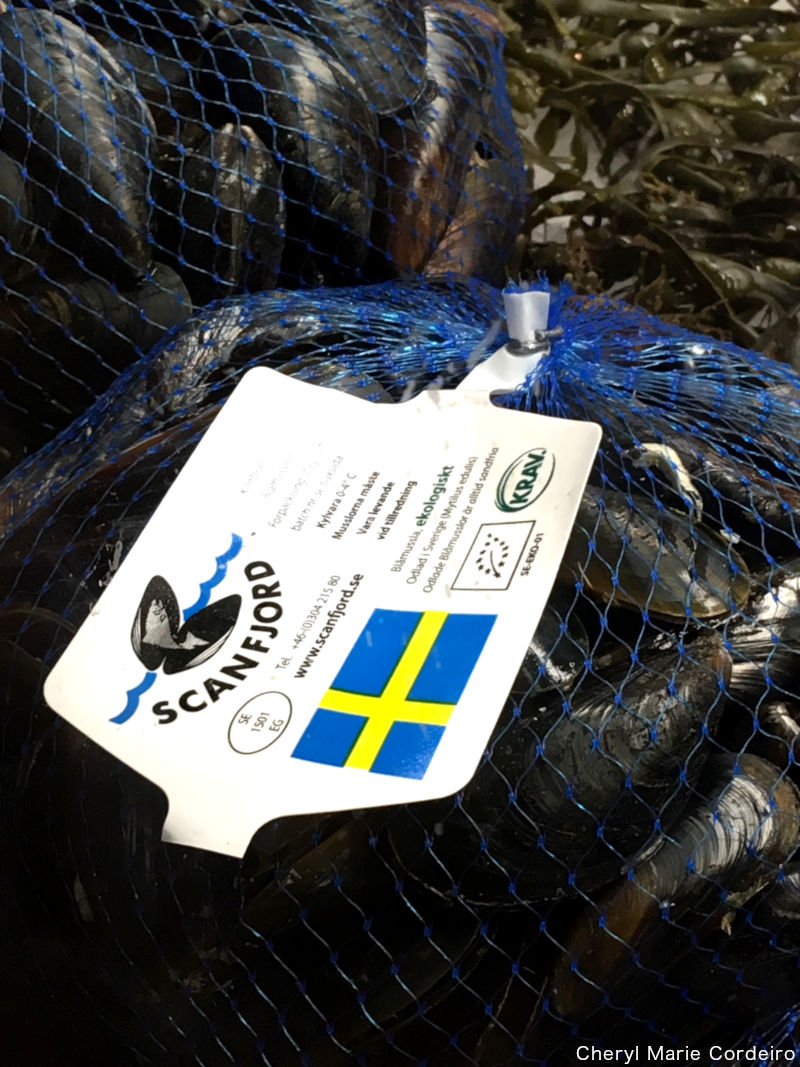 Accredited seafood that indicates its traceability to sustainable harvest is increasingly important for consumers. 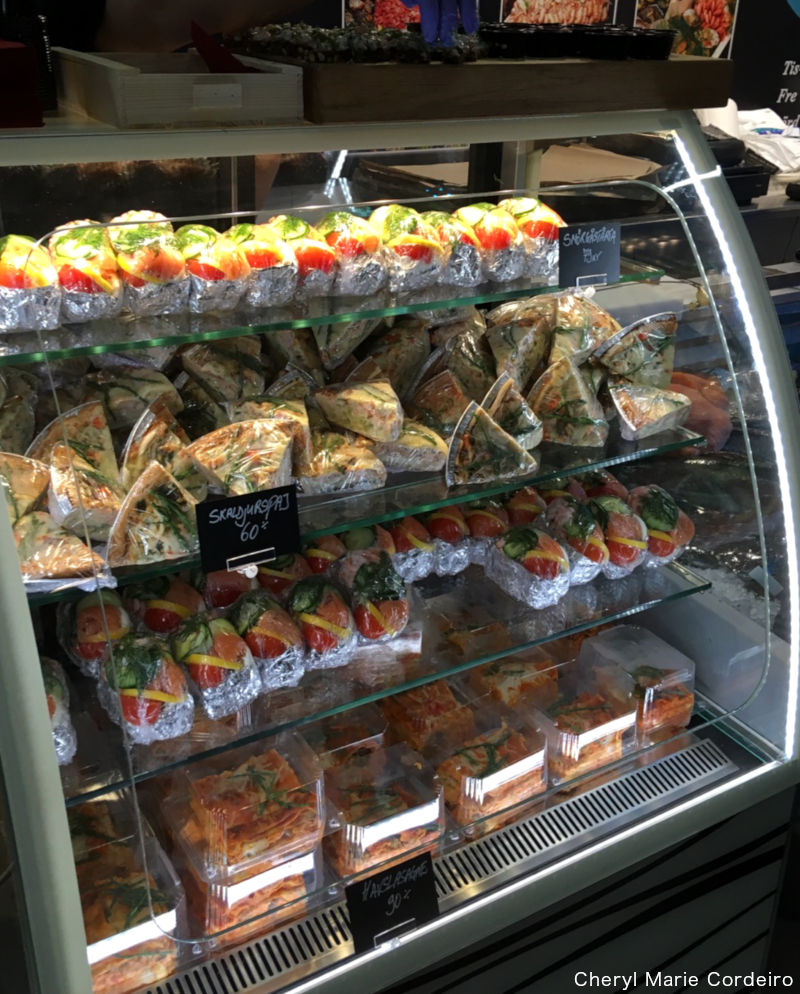 Packaging for convenient consumption is one aspect to get more consumers susceptible to eating fish in various forms. Here on display are some ideas of ‘fast’ seafood. 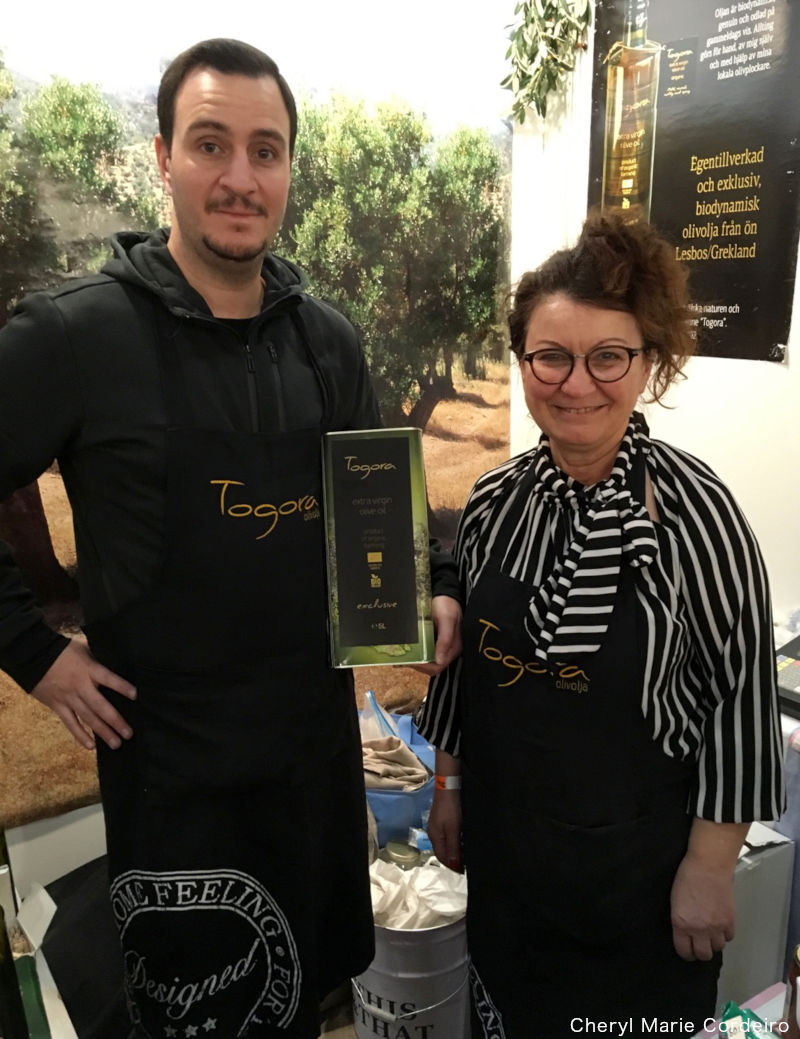 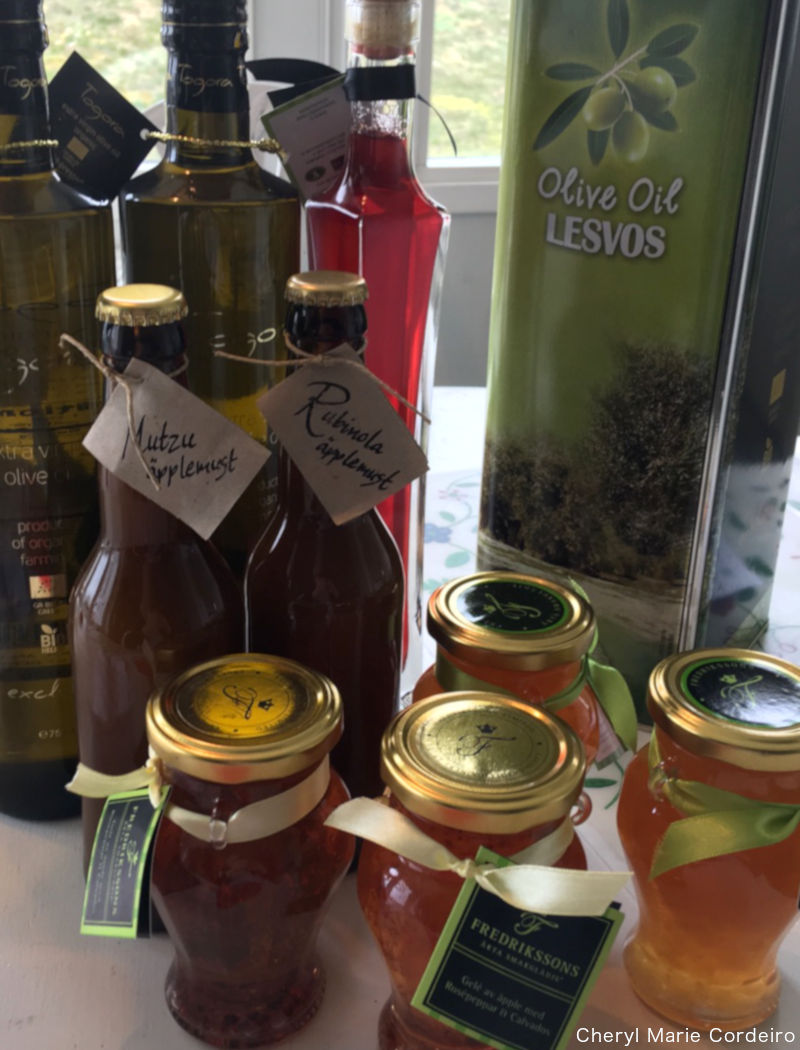 This food fair is one of our annual shopping delights, when we get to bring home some annual staples in quantities that hopefully last the year through.

FAO (2016). The State of World Fisheries and Aquaculture 2016. Contributing to food security and nutrition for all. FAO (Food and Agriculture Organization of the United Nations) Rome.200 pp.