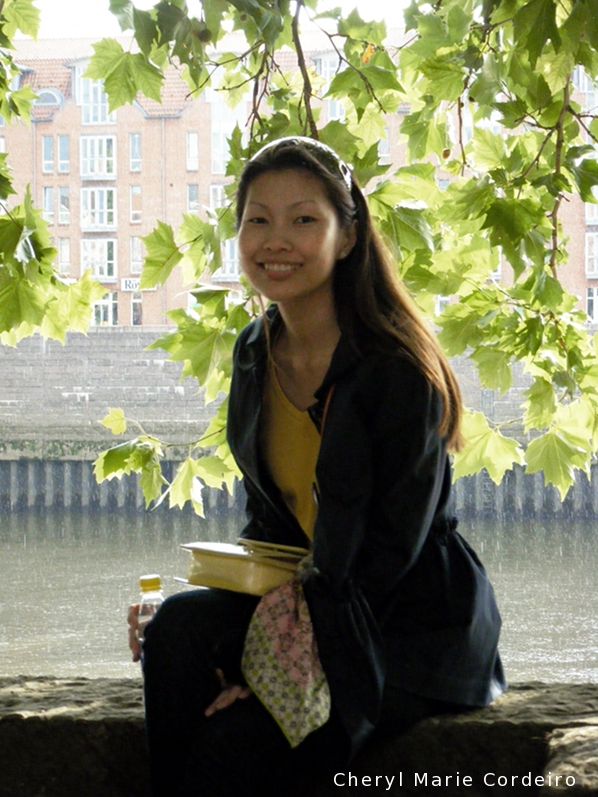 Sitting by the Weser riverfront, where you will find a long row of restaurants and pubs that serve good food. In the background is a smattering of both sunshine and drizzle.
Text & Photo © JE Nilsson, CM Cordeiro-Nilsson 2008

Bremen is Germany’s 2nd largest city with an old town city center dating back to around 150 AD. Most of the old red brick buildings still standing are medieval, giving the city center something of a fairytale look. 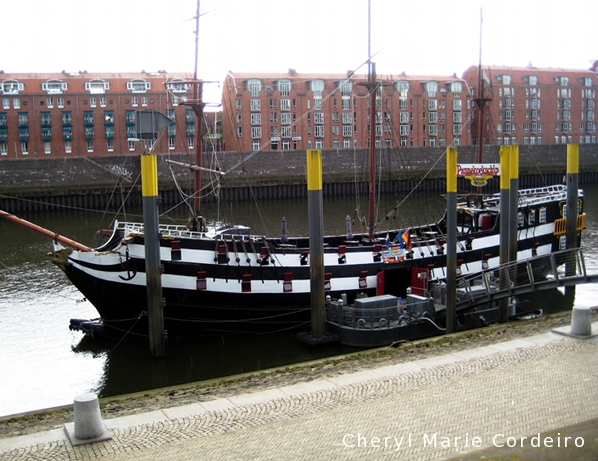 The weather this day in late summer 2008 was an enticing combination of sun and rain that drizzled through the leaves while the beams of the late summer sun gave the scene a romantic setting. 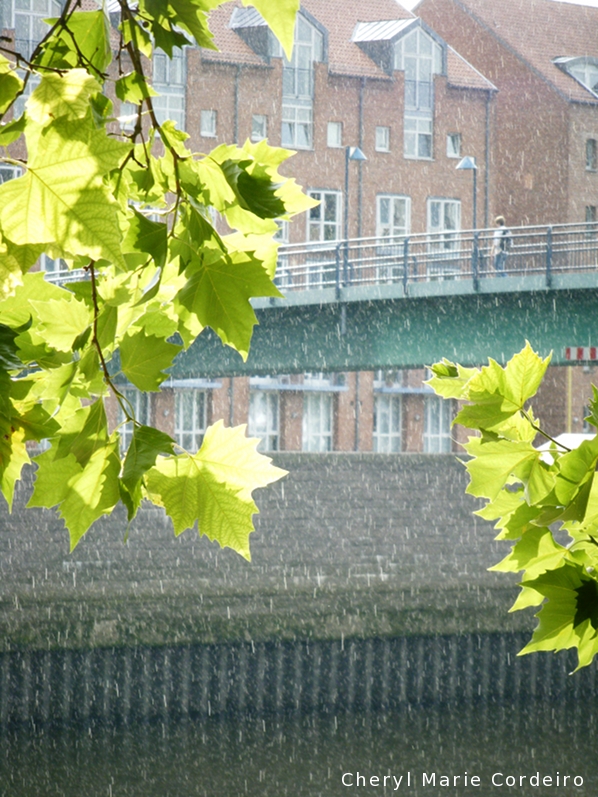 Rain in combination with sunshine!

The river Weser runs through the twin cities of Bremen and Bremehaven, and lends an attractive view of the river front, which much like Boat Quay in Singapore, is lined by a long arcade of international food stalls, pubs and restaurants. 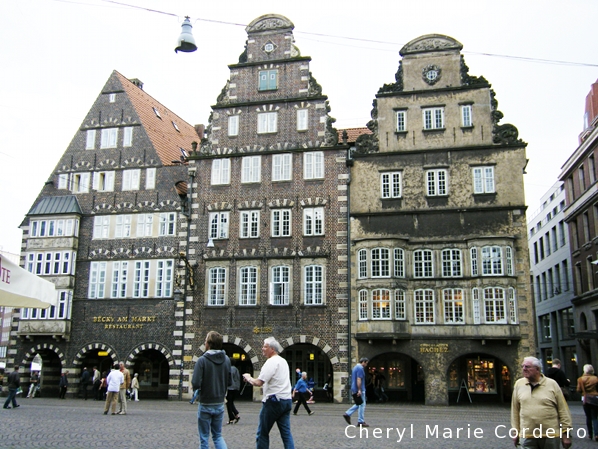 The Market Square at Bremen, with its ensemble of historic buildings, dating back to 1042, St. Peter’s Cathedral.

Bremen as a city is unexpectedly breathtaking and romantic in its architecture and historic buildings. The Market Square in Bremen has an ensemble of historic buildings including St. Peter’s Cathedral from 1042, its Town Hall from 1405 and its Chamber of Commerce from 1537. 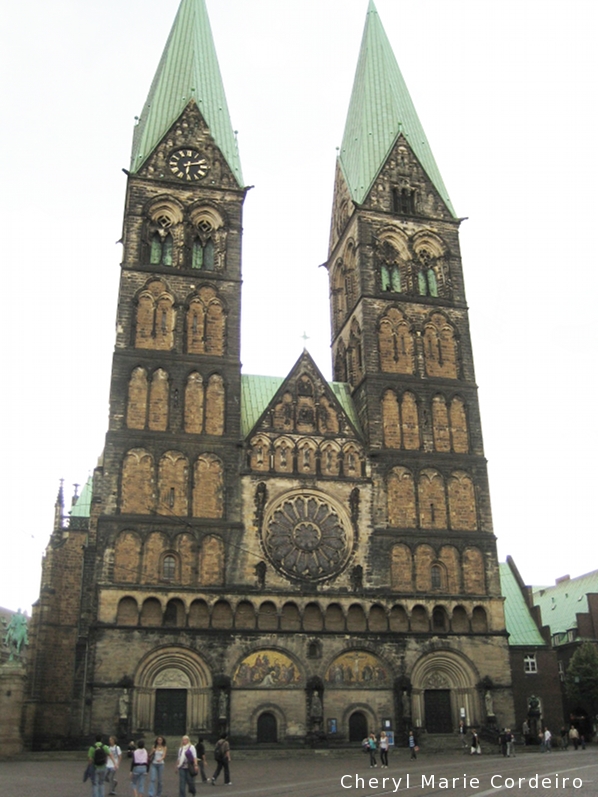 In the middle of the Rathausplatz stands a large Roland statue erected in 1404. The historical Roland was one of Charlemagne’s generals (also his nephew) that was treasonously killed in an ambush as he was covering the rear of Charles the Strong’s army when retreating from a war effort against the then, Muslim Spain. When one remembers that the actual reason for the sad state of affairs in 8th century Europe was the struggle between the Christians and Muslims on dominance and blockage of trade, it is easy to understand what this grand figure is doing here at the Market Square of the Hansestadt Bremen Altstadt since the time of the Hansa. 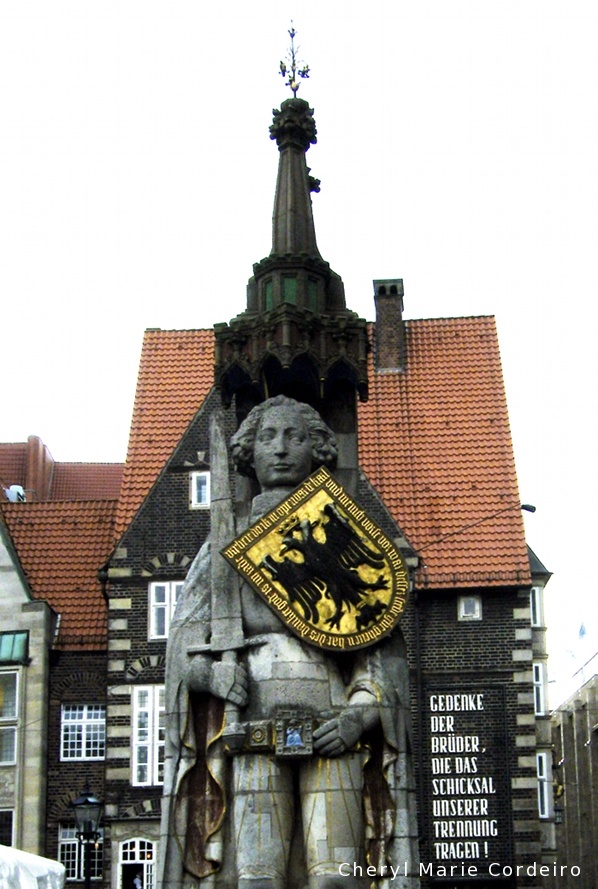 The Roland statue in Bremen’s Market Square, a symbol of free trade and civil rights.

Today the statue is understood as symbolizing civil rights, a limited but understandable description of Charlemagne’s legacy, or the city rights against the church. At the time of its erection in the 15th century, odds are that it represented the need and right to fight for free trade.

The merchants’ houses around the Market Square date back to the 1600s. And in the middle of these historic facades of the Market Square, stands one of Germany’s larger Roland statues with a sword, that helped to create a feeling of magic and unreal. 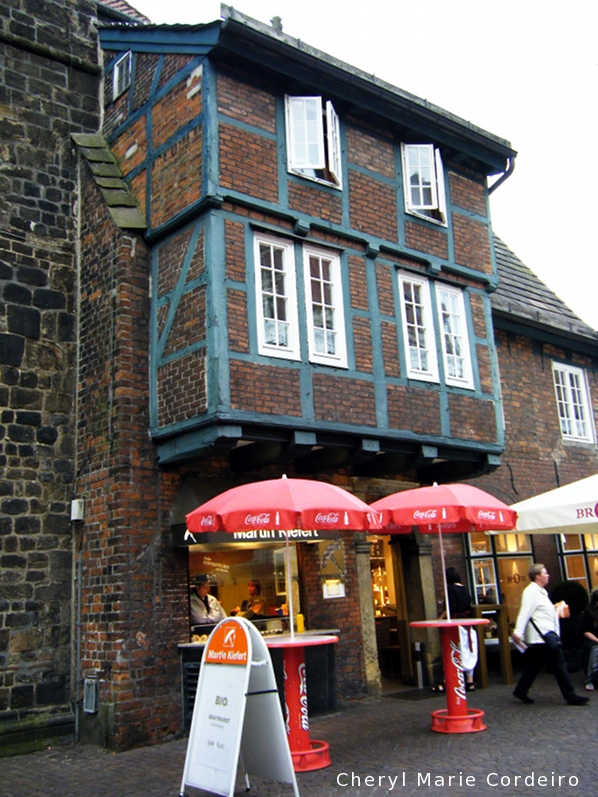 A shop front near the Market Square in Bremen, selling waffles, crepes and ice-cream.

The industrial areas around old Bremen which includes the Mercedes Benz factory surrounds the prettiest ever city center with many remarkable sights to view from its 1200 years history. Along the winding red bricked lanes are a multitude of shops, restaurants and coffeshops, in style varying from rustic to most contemporary. 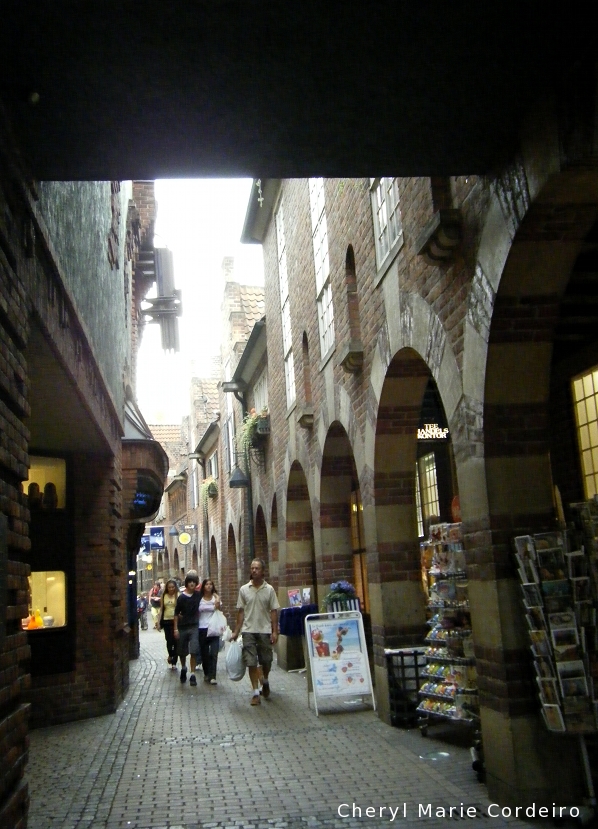 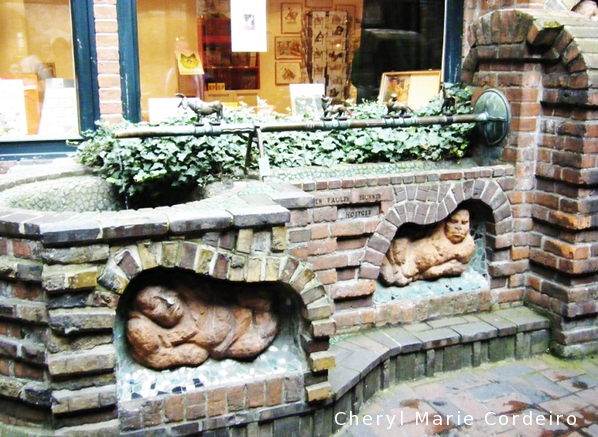 A brick fountain in the Schnoor quarters or the old city of Bremen. 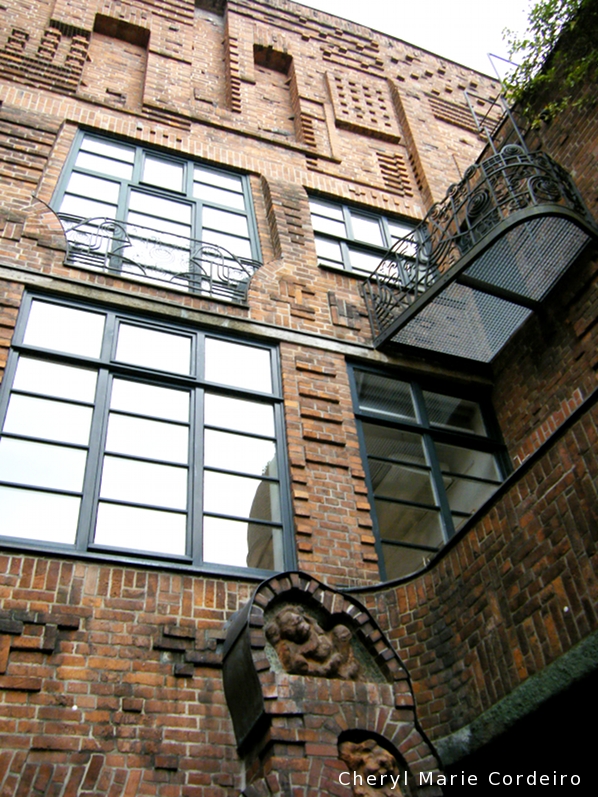 A building facade just above the fountain above in the old city quarters where artisans used to pile their trade.

With the younger “jet set” nowhere in sight, the evening crowd in Bremen seems to have a significant proportion of sophisticated individuals apparently liking to spend some time out in good company. 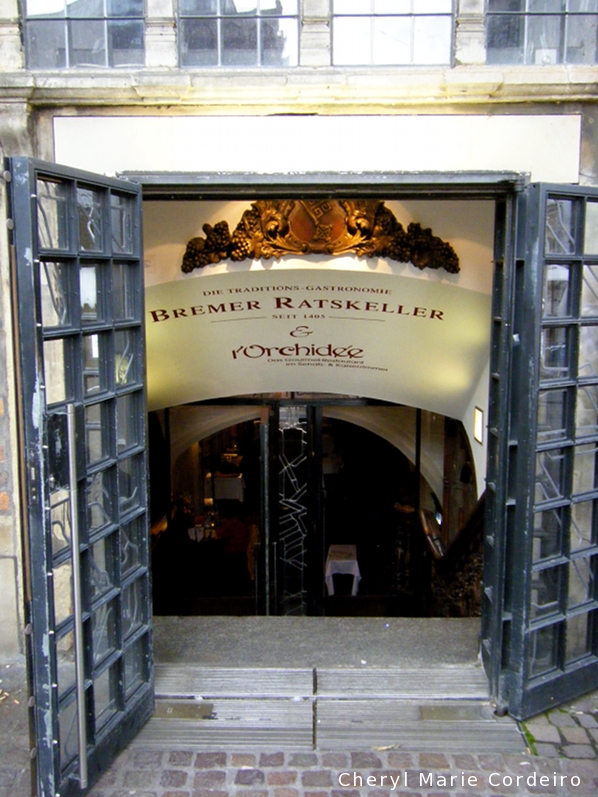 The entrance to the Bremen Ratskeller, l’Orchidée, gourmet restaurant, established since 1405.

I recommend Bremen for a few days of shopping, relaxing and sightseeing. Its a perfect place for good food, a tall cold draught and a bit of quiet while on holiday. Less need than average to book rooms in advance if you are just travelling through. The city center tourist office is most helpful and it would surprise me a lot if they can not fit you in somewhere at pretty much any time of the year.