April weather in the Arctic. Snow dusted over a thin layer of ice in this marina along the coast of Tromsø, Northern Norway.
Text & Photo © JE Nilsson & CM Cordeiro 2020

Different from the Swedish west coast marinas and Tromsø marinas is how the boats remain moored through the winter season. On my walk this morning, I found several people tending to their boats, doing spring cleaning of sorts on the inside. Temperature outdoors this day is around -3°C with alternating snow and sunshine. Along the Swedish west coast, no one would consider tending to their boats if temperatures were in the minus outdoors.

Thursday, 19 March 2020 marked the spring/vernal equinox in the northern hemisphere. In Tromsø, you can feel daylight stretching to cover more hours over the day. There´s still snow outside but there´s much more sunlight too, which cheers people up some. I wonder if the neighbour´s heavy dragging of metal over the balcony floors meant they were readying the barbeque grills for the summer? Here in the Arctic, seasons don´t really languidly morph from one to another. Overly long winters means that summer rather rushes up at you as a concrete floor to your face when you´re in free fall, so best to bring out those summer things already now.

Just beside the above pictured marina, soft snow covered waves lap over the breakwater. 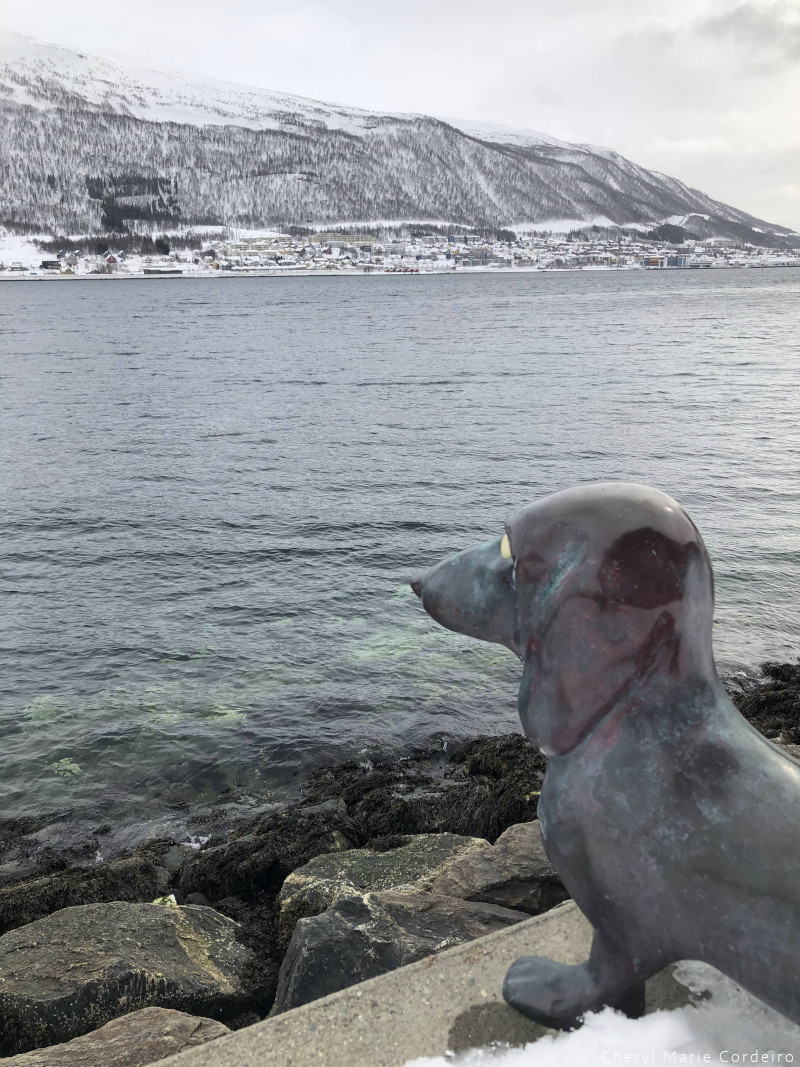 Not far from the marina and from the breakwater filmed, is this sculpture of a Dachshund (a hunter dog), in bronze. 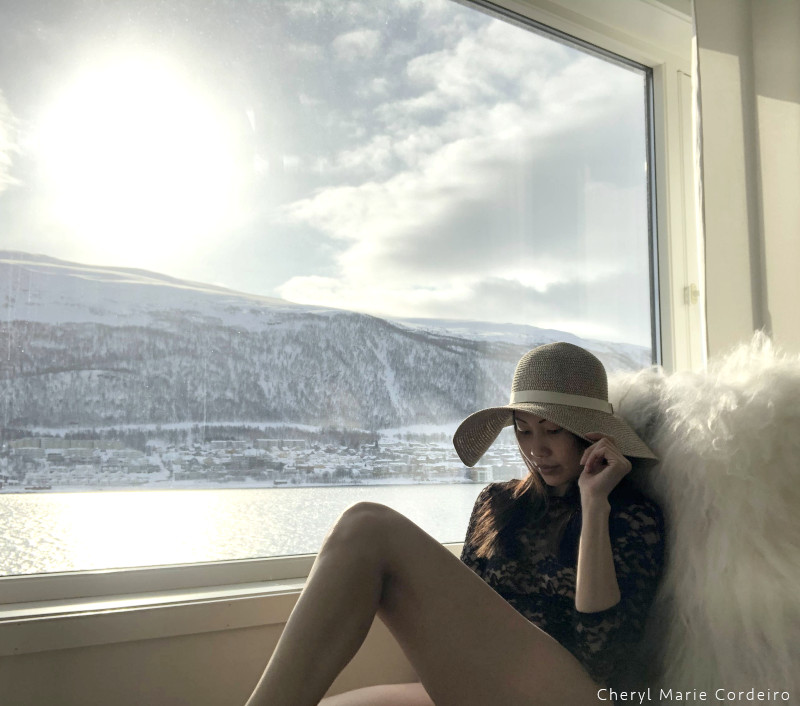 In a different narrative, when someone asked Alice, “So is this the new normal?”, she dropped the book she was reading to her lap, looked her inquirer straight in the eye with a responding twinkle, and laughed.

A walk through Tromsø sentrum, Sept 2018