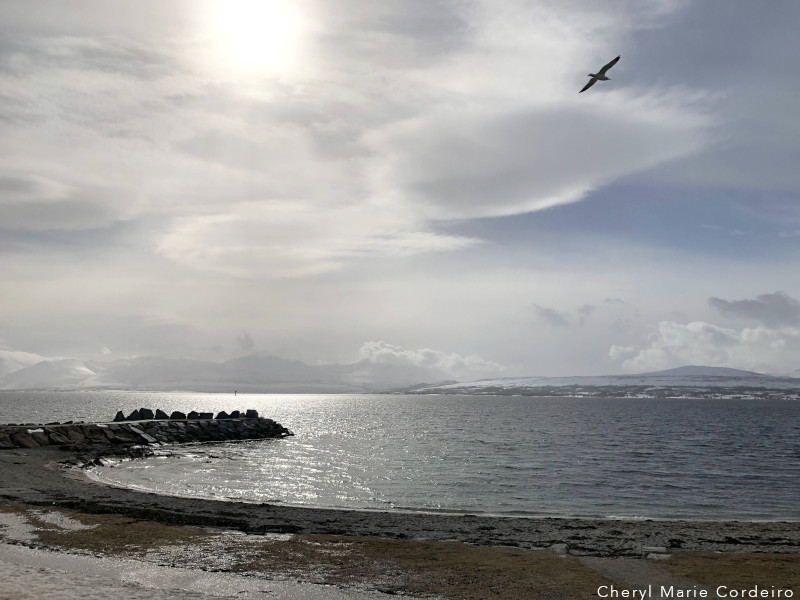 Telegrafbukta was one of the first places I visited when I landed in Tromsø. Known as Northern Norway´s Gran Canaria, Telegrafbukta is the choice location of the annual Tromsø Bay Festival, one of Northern Norway´s most popular music festivals. It has also been the case that every time it´s been decided to gather at Telegrafbukta, the weather decided otherwise. Windy and icy-cold, it gets difficult to hold a coherent conversation when your teeth literally chatter.

Short walk by the beach at Telegrafbukta. Beautiful when warm, but when it gets clouded over and it´s windy, it is cold.

On this day however, the spring weather seemed enthusiastic and the beach beckoned for a late afternoon walk. Characteristic of the beaches of Northern Norway, as with the Swedish west coast are the presence of large boulders that in high summer, become warm enough so that you can bask on them in swimwear. Close to shores, you´ll also find different varieties of seaweed, one of which is bladderwrack. Bladderwrack is edible, with a flavour profile that is mildly salty. There are bladderwrack products sold currently in the Nordic market, mostly dried, cut and/or ground. This particular seaweed is high in algin, so it is also used in cosmetic and textile industries as a binding agent.

This stretch of Tromsø Gran Canaria is small and contained. As I walked the length of the shoreline, a small stream of people was observed doing exactly the same thing. More fun was that a mallard pair thought it fun to be out and about amongst the humans too. Friendly, and communicative, they were unafraid to come right up to you to ask for some food, else, some afternoon human company. 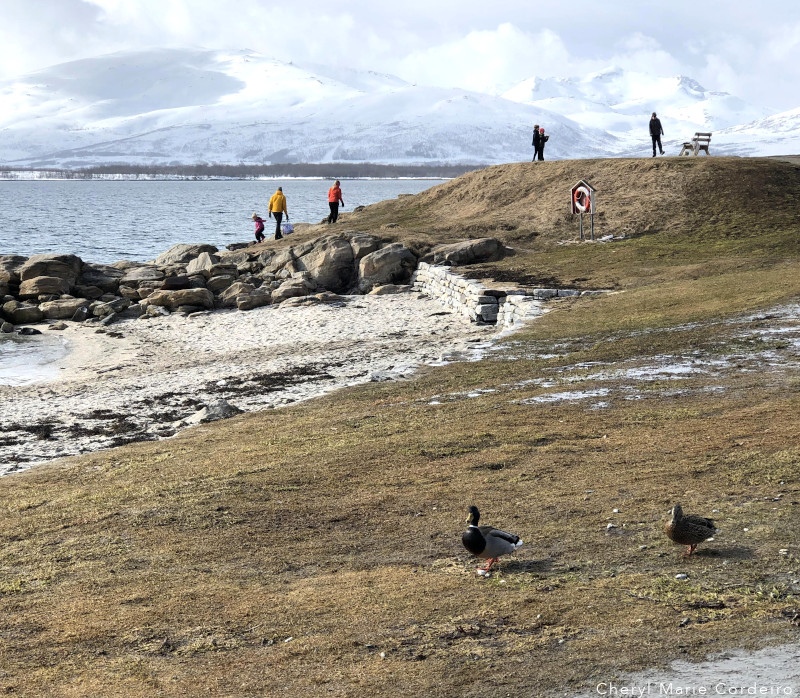 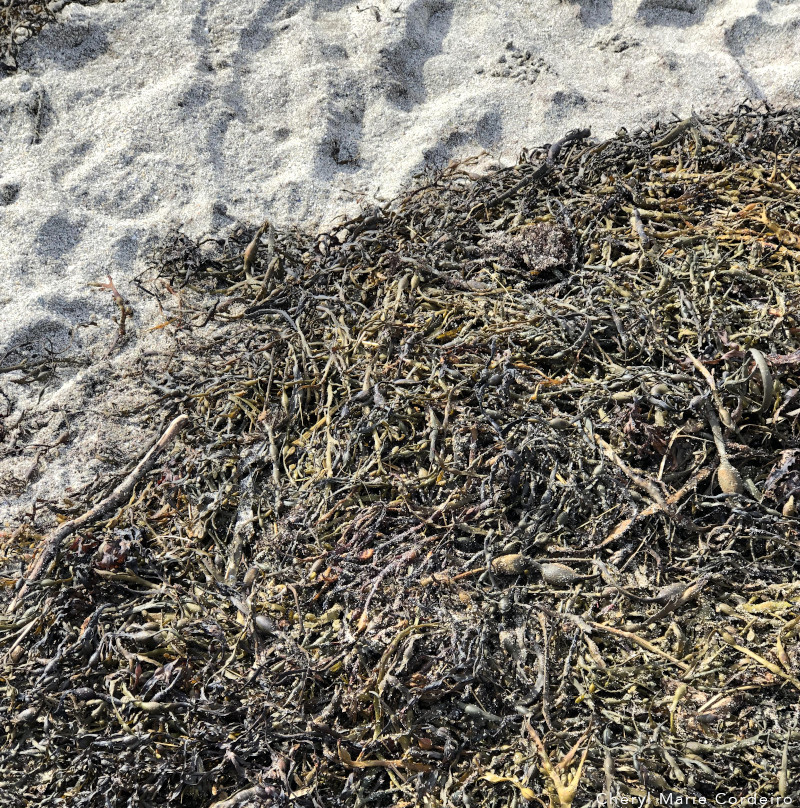 Bladderwrack, washed ashore and slightly dried on the beach at Telegrafbukta, Tromsø. High in algin content, this seaweed is useful in the cosmetics and textile industries as a binding agent. With a mild salty flavour, it can also be consumed raw or dried. 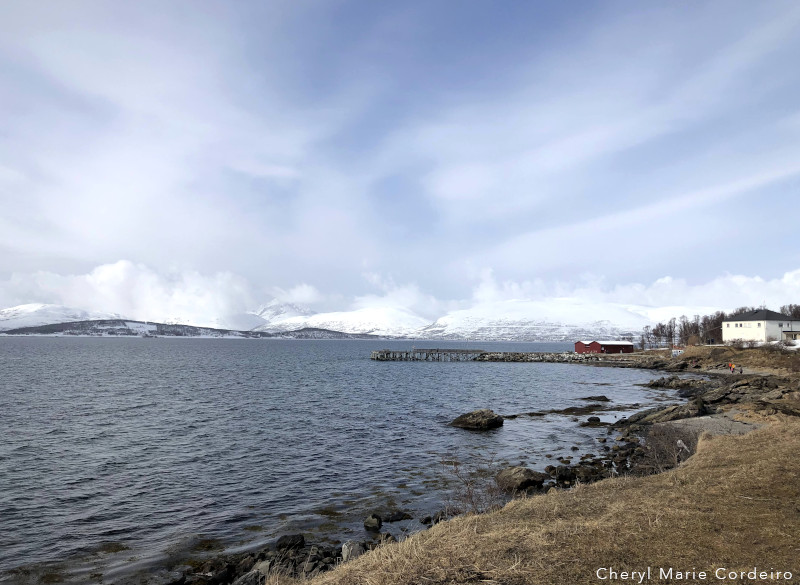 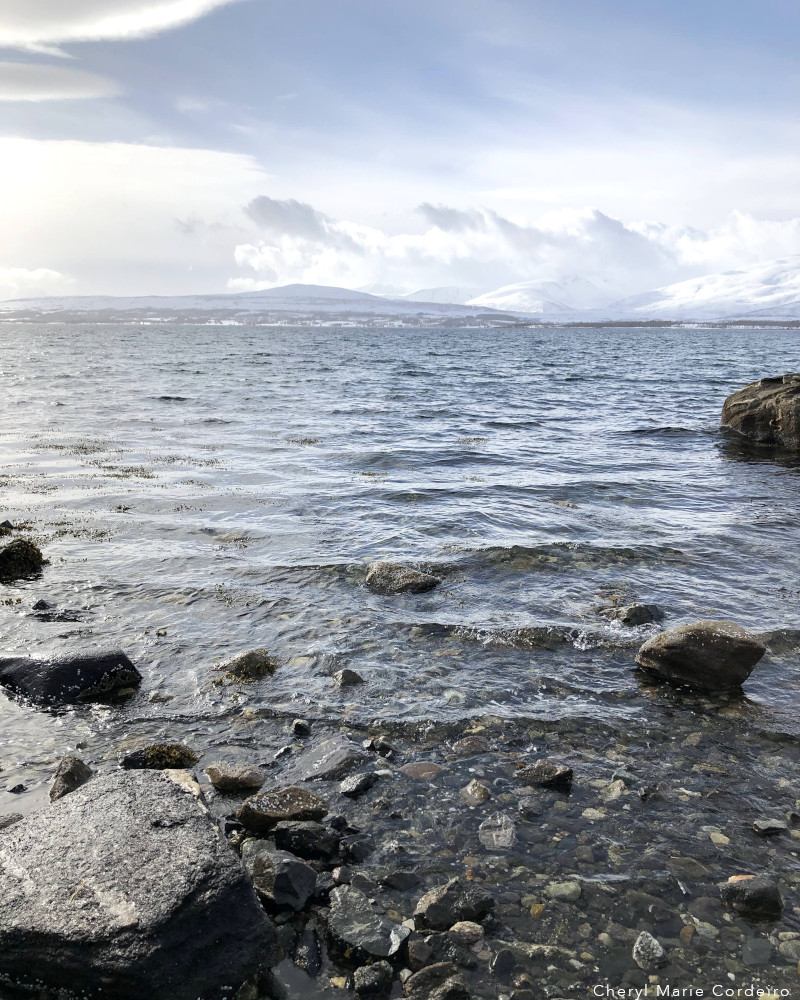 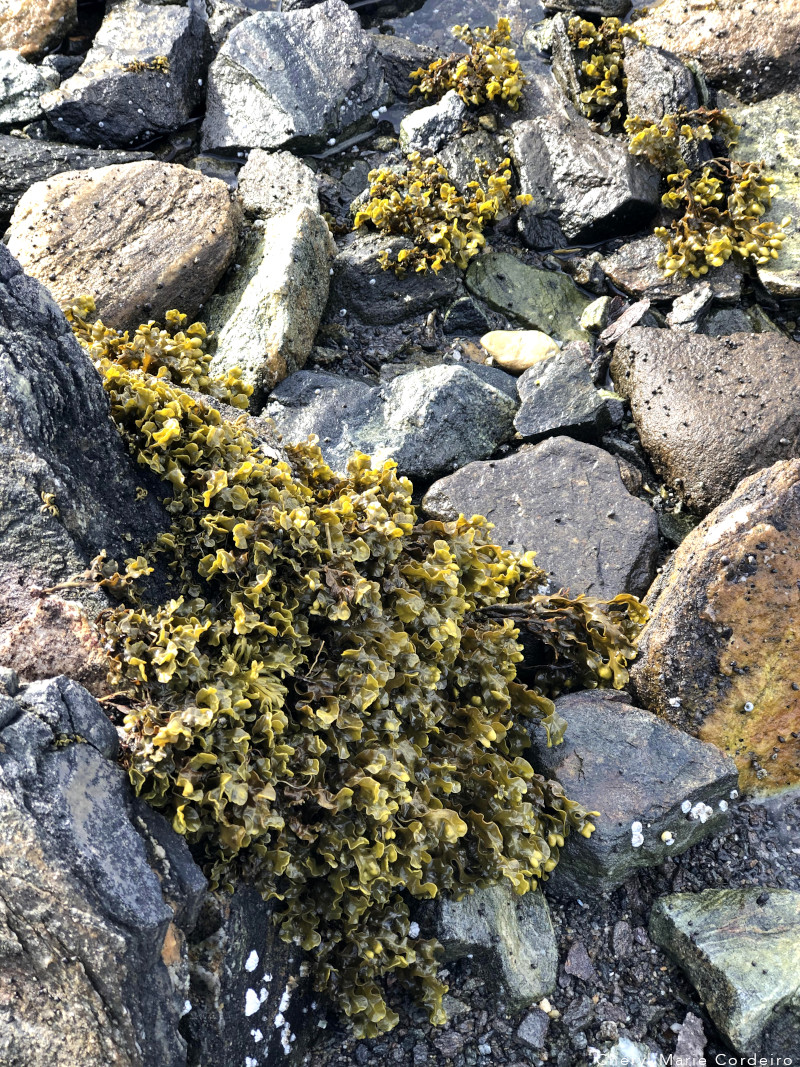 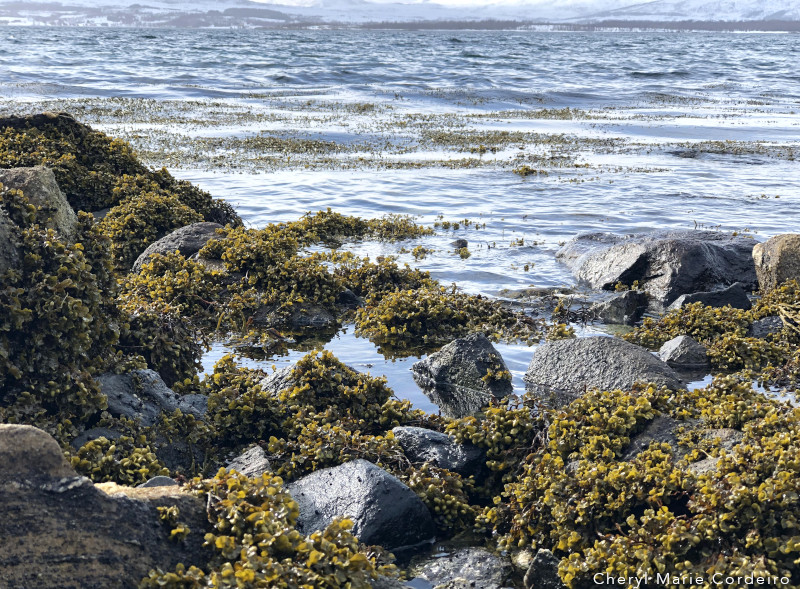