“It must be so romantic, to experience the Arctic midnight sun!” She said.
“Yes, it is.” the Other She replied. “But you can´t sleep either.”

The prosaic quips above reflect but only a partial reality of what I find unique about living in this compact Arctic city of Tromsø in Northern Norway.

Special on this part of the globe is the shifting polar light from spring/summer to autumn/winter. Most travel brochures speak of the spectacular Northern Lights that appear when the skies darken over the winter months, and when the sun hardly rises above the horizon. At this time of year however, it is the opposite. The sun hardly ever sets. From 18 May to 25 July 2020, the sun does not go below horizon in Tromsø. The midnight sun is not much advertised in travel brochures as an experience to be lived for long because for those who are sunlight sensitive with functioning circadian rhythms, this might mean a whole lot of lack of sleep days. It is not unusual to observe nightlong parties and people out on the streets of Tromsø at 0200 hrs, as if it were late afternoon in southern Europe.

A romantic Midnight Sun experience to be had is one living along the west coast of Sweden for example. On 20 June 2020, the summer solstice in Sweden will see the sun just softly touch the horizon and then rise again for another summer´s day, marking the change in daylight towards the longer days of winter. The soft dark golden glow of the sun during the days leading up to the summer solstice and a few days after, is magic.

But there is magic in Tromsø too in the summer months. The video shown in this blogpost was shot in the early hours of the morning past midnight. During the night, the ocean calms and mirrors land and sky. Silence that is a luxury to experience as a lifestyle, missing from many urban areas on the globe, blankets this part of the world as a comforting cloak. You get time to breathe, and think, and just be. It is during these early hours of the morning in the Arctic that the soft glow of the sun can be seen to reflect off the windows of low-lying houses along the coast, casting amber hues into the waters. And in one brief instance in Time, you see up in the Arctic, the romance of the Midnight Sun as you know it, from the more southern region of the west coast of Sweden. 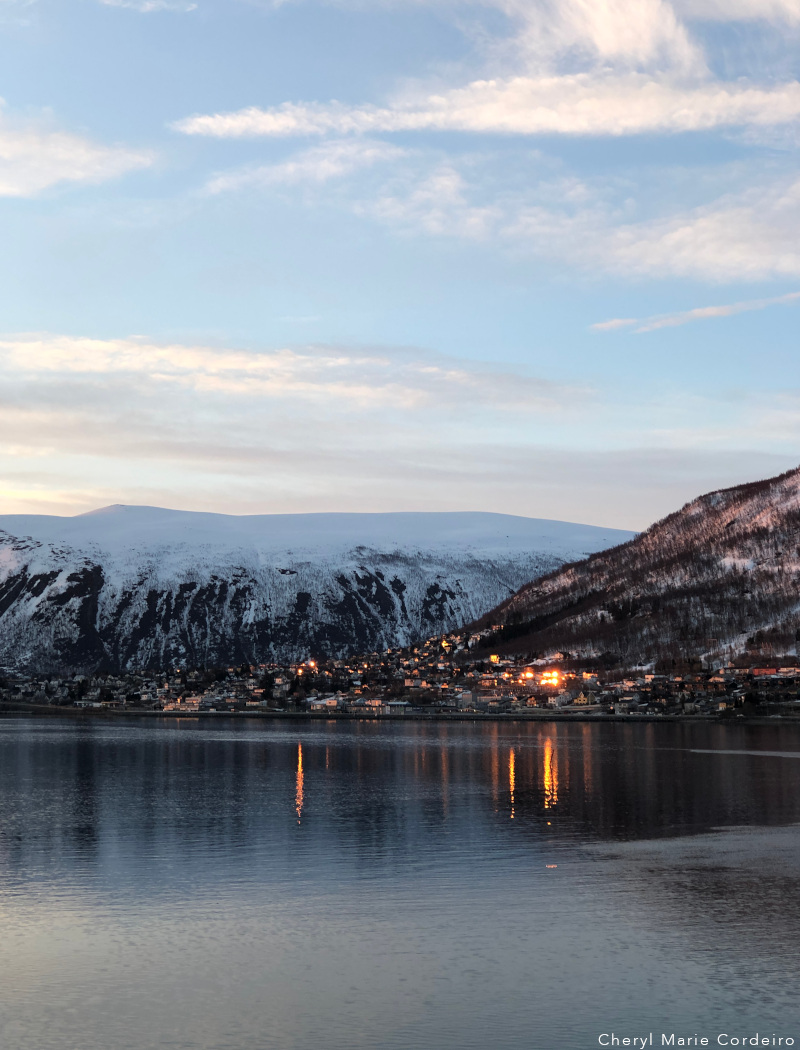