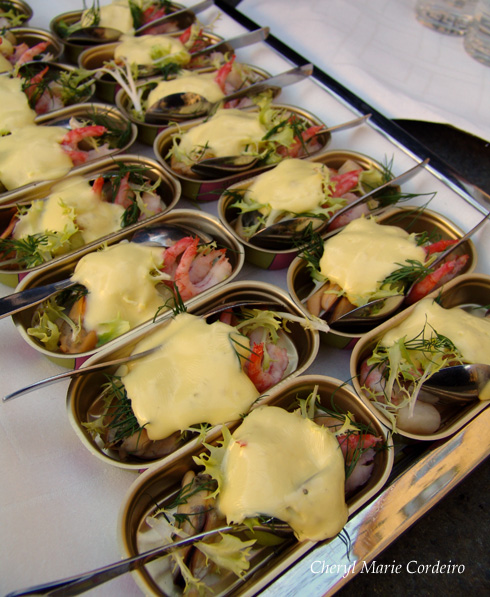 The 6th of May saw the Western Swedish Academy of Gastronomy give out its annual awards to outstanding individuals in the culinary field. And I couldn’t be more enthusiastic to have been part of this event, as the last time I was at the academy’s awards ceremony was in 2008.

The food this year was prepared by the Swedish Olympic culinary team and as with previous Chefs of previous years, the team had us guessing on what was served throughout the event, only to reveal towards the end, the true menu from hors d’oeuvres to wines that accompanied the main course and dessert. 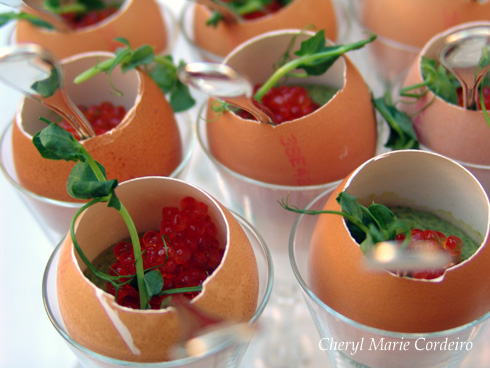 Food is always exceptional at this annual event, but this year, there was a twist of art, humor and culinary commentary in the presentation of the food. The finger foods at the pre-dinner mingle were presented in various serving vessels or containers such as tubes, tins, egg shells and small terracotta pots, offering a clue towards the ingredients. The juxtaposition of the ideas on food presentation and the subtle blending of new flavours were the topic of the conversation for all! 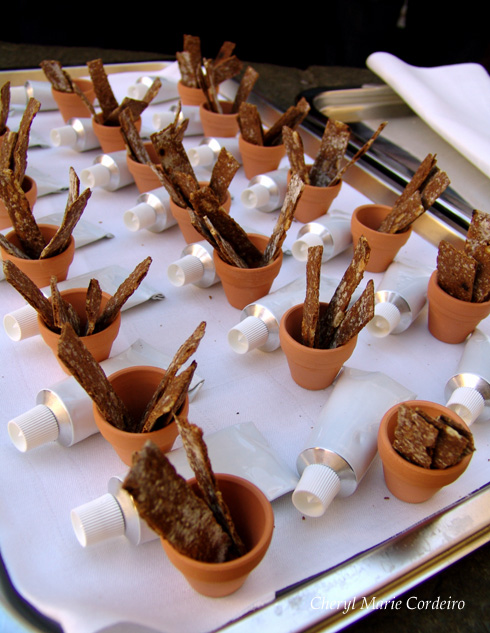 Sour dough flat breadsticks in small terracotta pots with “gubbröra” in a tube, a Swedish classic blend of eggs, anchovies and fresh herbs. 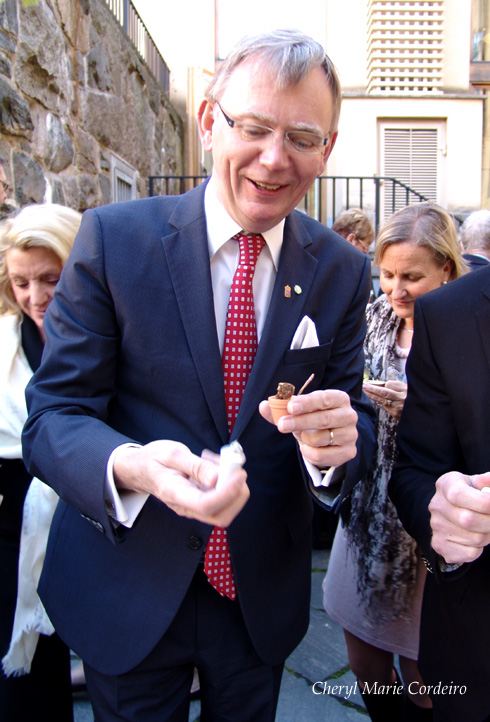 Lars Bäckström, Governor of the County of Västra Götaland and our host for the evening, taking part in guessing what was served at the pre-dinner mingle session. 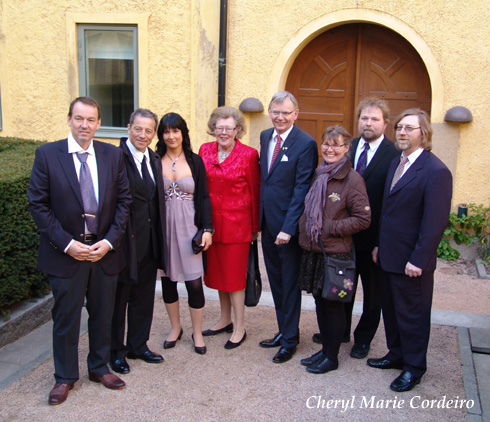 This year’s prize winners together with Birgitta Rasmusson (distinguished academy board member, in red) and Governor Lars Bäckström, who gave out the awards. 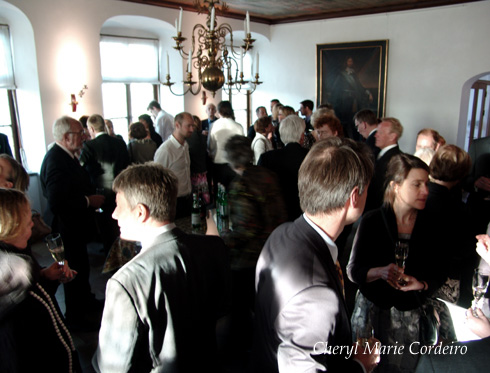 One of the many receptions halls in the private residence of the Governor of the County of Västra Götaland, prior to dinner.

I thought it very generous of the academy’s patron Lars Bäckström and his wife, Ann-Christin Bäckström to hold this awards ceremony and gala dinner at their private quarters, the Residence of the Governor of Gothenburg and the County of Vastra Gotaland. It was with great enthusiasm that our group of guests stood in the unique 17th century room and listened to Governor Lars telling stories of past Governors of Gothenburg who had lived in this historic building. Just a few days ago the Vice President of China probably got to listen to a similar narrative of this Palace, that both the Governor and his wife have become pretty expert at telling about over the years. 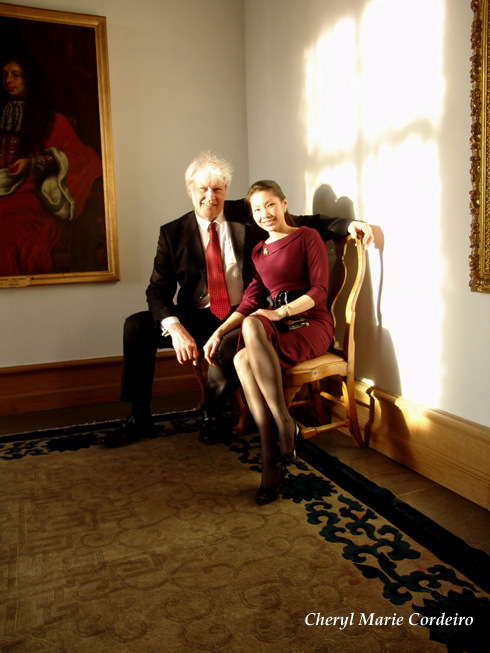 In an adjoining hall to the one above, the large white walls of the Residence adorned with pictures of Gothenburg’s past Governors.

Despite the chilly spring weather outdoors, I hardly witnessed a hint of complaint at the pre-dinner mingle session at this year’s event, for it was all too soon that the quiet chatter outdoors ended and we proceeded to the dining hall, where more speeches of appreciation and good food and wine awaited us.