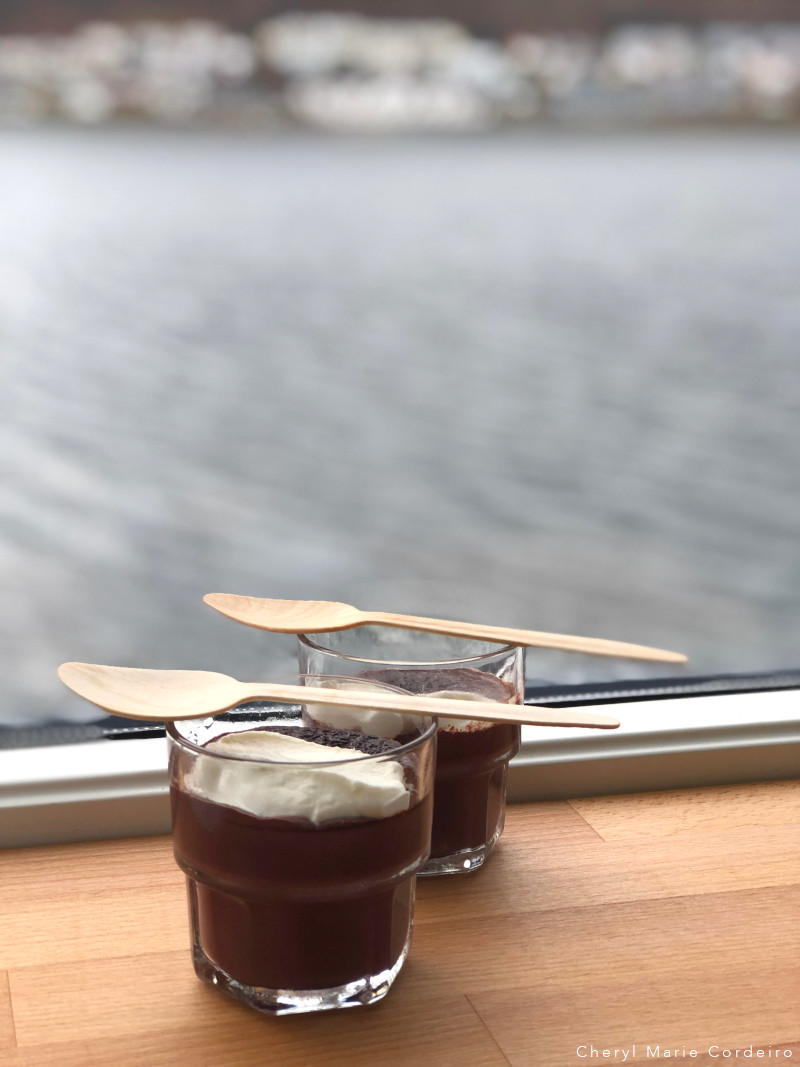 I love blood sausages. I was first introduced to blodpudding in Sweden when I moved there in the early 2000s. Blodpudding, also known as black sausage in the UK is a northern England creation that uses the blood of pigs, cows or sheep, combined with suet and grains to make sausages. Blood sausages are some of the oldest forms of sausages. Recipes of how to make them date back to the 1600s, although I would not be surprised if black sausage recipes date further back to the Viking era. Traditionally, black sausages are made and eaten in celebration of Saint Martin´s day or Martinsmas, as well as Old Halloween or Old Hallowmas Eve, celebrated on 11 November each year.

I was looking for a quicker way to get at blood sausages, without having to do the mixing with grains and churning it into sausages, thus black custard or blood custard. At the point of writing this blog, a search on the internet for the keywords ´blood custard´ rendered one relevant hit. Blood custard made by Craig Grozier, a Highland-born chef who resides in Glasgow, Scotland. His 2015 creation, featured on Vice.com looked gorgeous.

Personally, I wanted something I could have in small quantities, preferably in a cup or in a small tupperware that I can carry with me to have for lunch or dessert while at work. After cooking quite some days with egg yolks, churning out lemon custard, chocolate custard, mocha custard, vanilla custard etc., I thought custards might be something to make with pig blood too.

Pig bloog or matblod is readily available in the grocery stores here in Tromsø, Norway. So after picking up about 2L worth of frozen pig blood, I experimented some to find my favourite combination of flavours. The savoury version of this black custard as follows:

Begin with caramelizing the butter. I´ve found that I prefer black custards made with caramelized butter over the ones made with lard. There are different varieties of butter than you can buy in Northern Norway. I usually go with the ones made with raw milk, which tend to be heavier salted. In which case, I skip adding extra salt into the custard. Into the caramelized butter go the pumpkin spiace, red wine vinegar and pig blood. Once this mixture is stirred and warmed, I use this to temper the beaten egg yolks in a separate bowl, before pouring the egg yolks back into the warmed blood. To prevent the custard from scrambling, the heat on the pot should be kept low. I stir or whisk this mixture often to keep the bottom from burning.

When the blood is cooked, it´ll turn from a lovely burgundy to a warm chocolate colour. The mixture will thicken enough to coat the back of a wooden spoon, much like how you make an ice-cream custard. Take this off the heat and strain to get a smoother custard. Pour the strained mixture into serving glasses or tupperware. You can serve this topped with whipped cream, yoghurt or in this case, crème fraîche.