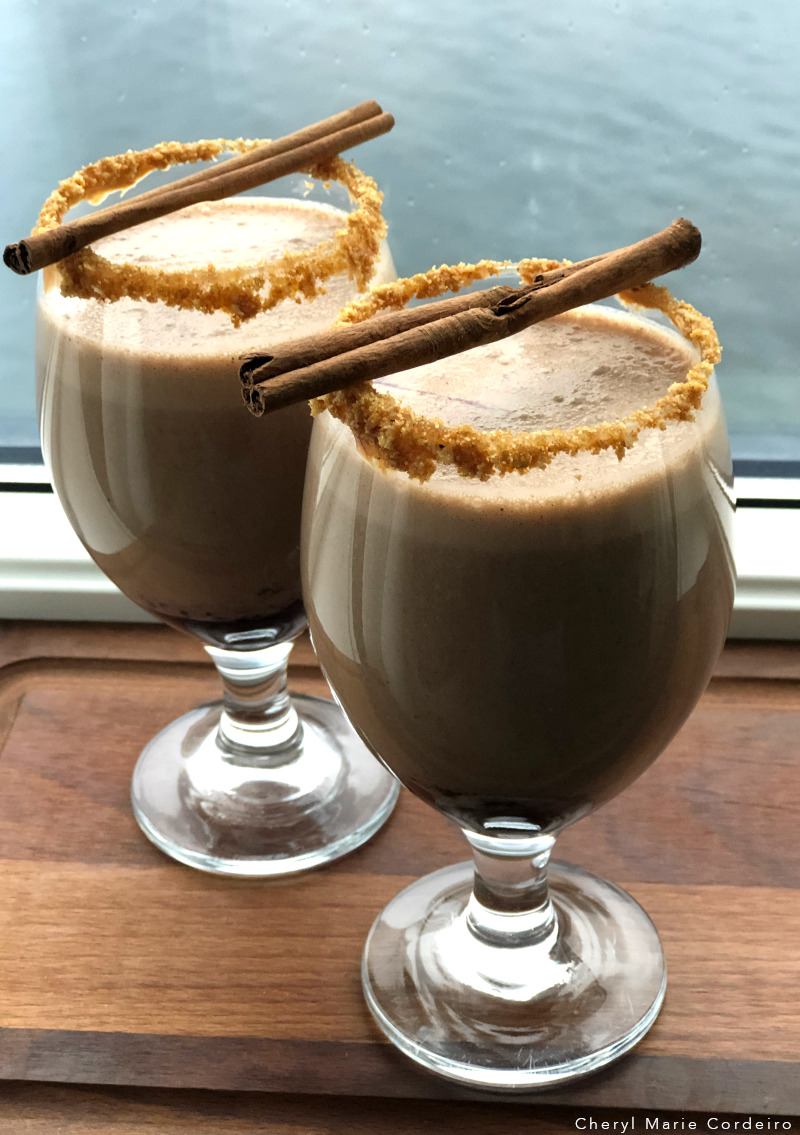 There was only ever one time in my life when I was growing up in Singapore that I tried Smucker´s Goober Grape. I often heard of peanut butter and jelly (jam) sandwiches from watching Sesame Street as a child, but growing up in Singapore, the school lunch looked rather more like mee siam, fishball noodle soup and chicken rice rather than peanut butter and jam sandwiches. If my mother would pack lunch for me, it would come in a two compartment tupperware. On one side would be a peeled hard boiled egg, and on the other side, some baked beans. My lunchbox content was considered fairly “western” because other mothers would pack fried rice with spam or stir-fried bee hoon with spam for their children in their lunch boxes. I loved my hard boiled egg.

I think I heard about peanut butter and jam sandwiches for forever before thinking of making one such sandwich. After staring at Smucker´s Goober Grape on the Singapore grocery shelves for forever too before asking my parents if I could try a jar of a non-essential good, I was happy that my parents conceded and I could bring home some Goober Grape to finally make a peanut butter and jam sandwich. I had expected that 500g jar of Goober Grape to last me all of 2 days, expecting to eat out of the jar much like how I ate ice-cream from a tub.

For reasons unknown, that Goober Grape jar took months to empty. And it was myself and my dad who were at it. I remember seeing how the lovely separate twirly stripes go from a pretty geometric pattern to a Francis Bacon smear on the inside of the jar. I began to wonder if the taste of the sandwich would be better if the peanut butter and jam were kept and applied separately. I think I began to try to do that with the Goober Grape jar, using 2 different butter knives to get the grape jam separated from the peanut butter. No doubt, some indications of an obsessive compulsive disorder here at a young age, but in my mind the effort sounded valid enough to try. It didn´t work because the grape jam and the peanut butter were firmly integrated entities in that jar. The very purpose of the Goober Grape was for it to be a Francis Bacon smear, or a prettier post impressionistic Van Gogh swirl on a good day. Since I could not reconcile the discord between how much I liked the concept of a peanut butter and jam sandwich and not really liking it as much in real life, I shelved the idea (and the very flavour combination) of making and eating more peanut butter and jam sandwiches.

In recent months, it happened that I have plenty of peanut butter in my kitchen pantry. With an upcoming weekend dinner gathering to host, I thought to search flavour combinations for peanut butter as a pre-party mingle drink. September and October are months of harvest celebrations in the Nordic countries, where a combination of warm spices such as cinnamon, nutmeg, cloves, ground ginger and allehånde (all spice) are used to flavour a number of dishes and drinks such as the klassisk kalops, a Swedish beef stew made with root vegetables during this time of year, as well as the more current trend of dusting pumpkin spice over a caffé latte.

The warm combination of cinnamon, nutmeg and allspice reminds me too of one of my favourite festive seasons of the year, Christmas. What would be more grown up than a warm spiced juleøl (Christmas beer) and cognac laced peanut butter jelly cocktail? I think if you truly liked peanut butter and jelly, then a Screwball Peanut Butter Jelly Old Fashioned might be a good place to start with recipe tinkering. Having juleøl and cognac, here´s what went into this juleøl chocolate peanut butter jelly cocktail. The kids version of this is sans juleøl and cognac.

The proportions of ingredients in this recipe rendered a fairly thick consistency, much like a milkshake. This had the effect that the pre-party mingle drink could be dinner in reverse where guests began with dessert. So maybe more chocolate milk / cream in the next round?

In making and tasting this drink, I still find myself being less mindful of the viscosity of the drink than of the combination of flavours. I can´t seem to wrap my palate around it. So till today, I continue to remain fond of peanut butter and jam, but only in concept.