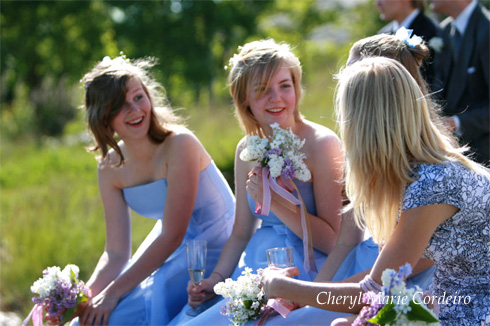 A girlfriend of mine excitedly told that she had been asked to be bridesmaid at a friend’s wedding, which of course immediately raised the question of “What to wear?”. And to answer that isn’t all quite that easy.

Personally I think it is ultimately up to the bride to tell what kind of wedding she has in mind. So as a bridesmaid, I think one should just listen carefully and then try to help make the big day everything that the happy couple had hoped it to be.

Brides come in an array of personalities and a most perfectly sane woman might turn completely unrecognizable when it comes to her wedding. So there are some real bridezilla’s out there and then there are some who just want the whole thing to be a big happy family get-together and plan the whole event with the guests in focus rather than themselves. I definitely can’t say there is a right or wrong here, but I think a little bit of both is probably ideal. And when it comes to the bridesmaids dresses, I think it is really is up to the bridal couple to decide how they want the entire event to look and feel.

Personally I think the overall colour scheme is the most important consideration, since the bride will pretty much be flanked by her maid of honour and the bridesmaids throughout the whole event and it is good if they look like a nice group together. I like to think of the key women in the wedding as a flower bouquet, where the bride is the central flower and the surrounding group should be as complimentary as possible. In this way they and their dresses are the focal point of the whole event. The rest is just setting the stage so to speak, so that you give the guests a “good show”. 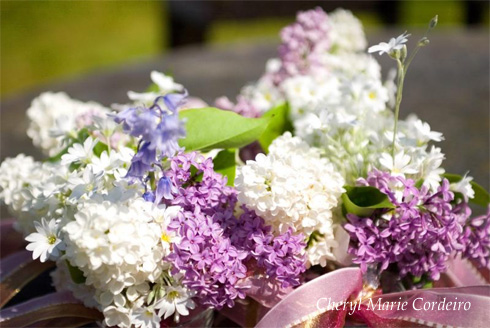 A bundle of ribbon tied Lilacs for the bridesmaids.

This way of looking at it gave me a lot of options when I planned my own wedding in 2006. Basically, the early summer date with its fresh leafy greens and light blue sky set the tone, and I went looking for something graceful, elegant and as feminine as the early buds of May and most important, the bridesmaids should look “approachable”, since they would be the ones who would be there to deal with any tasks or requests of fixing or fetching anything that the guests might need.

My final choice fell on a strapless light blue chiffon dress that had a side rosette detail. The choice of low heeled white shoes to go with that dress was the bridesmaids’ own and a very wise one too, considering all the walking they would do through the day. 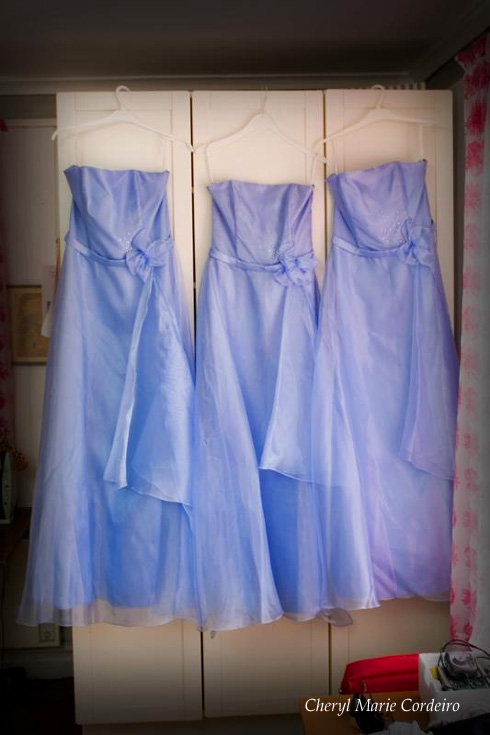 Again looking only at my own setting, which happened to be on an island in the western Swedish archipelago, everything in our plans needed to be founded on that fact. With a different place setting, you would naturally need to base decisions on that location and its surrounding context. Where we were, we didn’t even have cars since they are strictly banned by the private community that owns everything here right down to the roads and beaches.

For the flower bouquets to the bridesmaids, we went for fresh lavender and cream coloured Lilacs from our own garden, snipped, bundled and tied together with a ribbon. It was all part of the fun to get together, sit down and tie them up and I had let the girls decide what kind of bouquets they were going to carry and how large they wanted the bouquets to turn out. 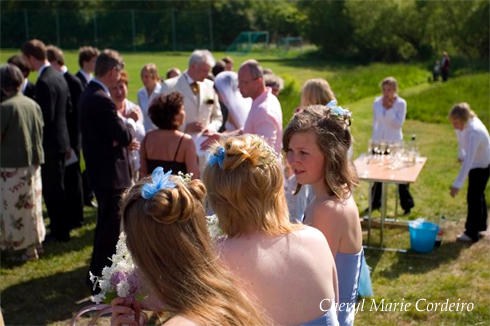 With flowers and blue silk ribbons in their hair.

In line with that my bridesmaids should look splendidly pretty, our hair dresser styled their hair with flowers and blue silk ribbons. The small white flowers, like the lilacs in their homemade bouquets were snugly interwoven with the blue ribbons into half buns into the girls’ hair in a hairstyle that was intended to be as functional as it was beautiful, the purpose of the half bun was to get the hair out of their face for the day, yet keep the length of their hair draped down their napes. 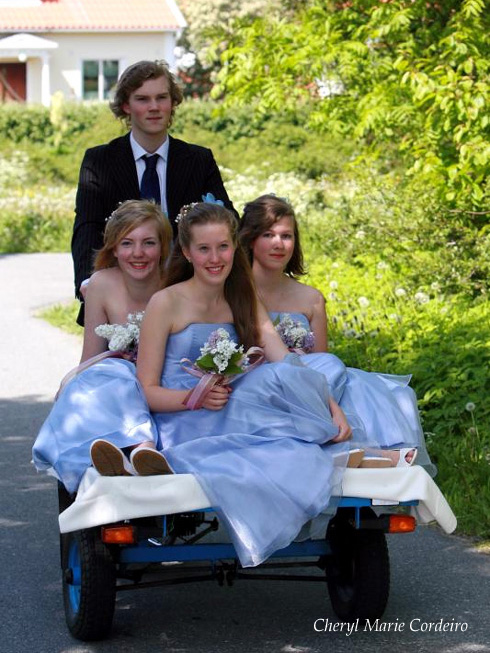 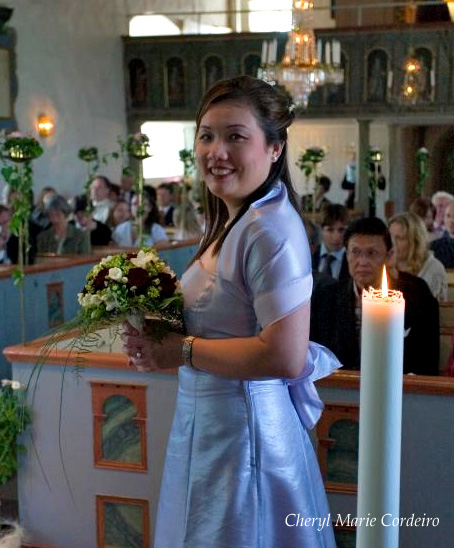 Maid of Honour in lilac.

My maid of honour chose her outfit herself, which turned out to be a perfect fit with our theme and surrounding. I feel flattered and happy when guests go out of their way to dress up as gloriously as they can. In my view, nobody can outdress a bride at her own wedding anyway, so I would say just dress up and enjoy yourself! The more people in colourful and glamorous wear, the more festive the atmosphere! 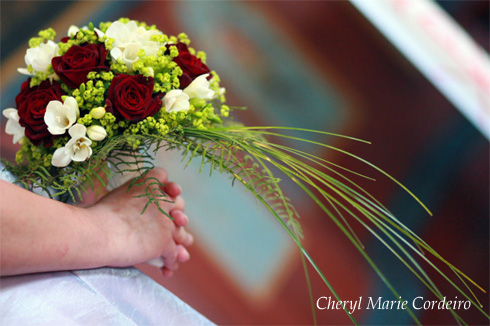 Maid of Honour, holding the bride’s flower bouquet during the wedding ceremony. 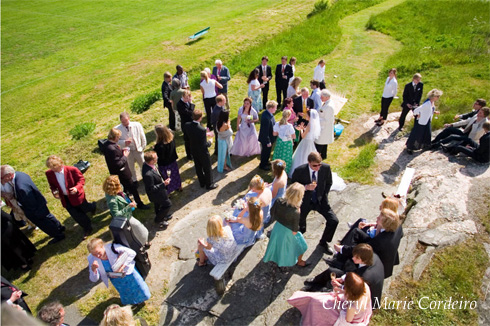 Champagne session, prior to dinner.

Basically, your own wedding should be the best and most memorable party you are likely to ever host, so if I would have a say in anyone’s plans, that would be for the bride and groom to plan it themselves, together, and look as little as possible to what anyone else wants. Make it your own, and just have fun every step of the way. Bridesmaids and maids of honour are to help in realizing that dream event.

So, for anyone’s bridesmaids dresses? Well, just figure out what makes the bride’s eyes sparkle, and go for that.