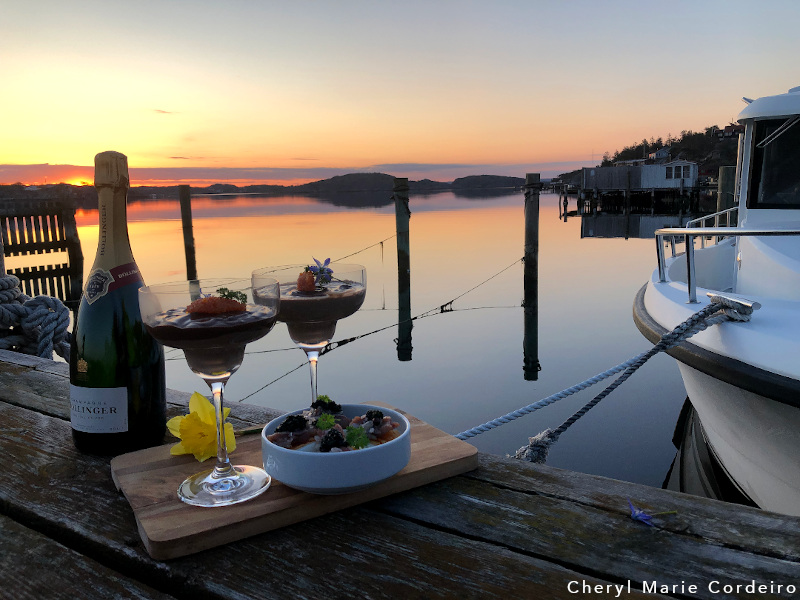 Since the Middle Ages, Sweden has celebrated Walpurgis Night or Valborg on the last day of April. Valborg marks the quarter point in the sun-wheel between the vernal equinox and midsummer. The Nordic countries will usually switch over to summer hours and the day is celebrated by spending it outdoors, grilling, song singing and general merry making.

We spent our morning by the quayside here at Styrsö in the southern archipelago of Gothenburg. We made some traditional Swedish fare, which is the egg halves topped with pickled herring and caviar or stenbitsrom. I also made some current staples, which is a savoury chocolate pudding topped with löjrom. We had for company, the morning sunrise, and some very curious seagulls, who might have wanted to join in on our breakfast. 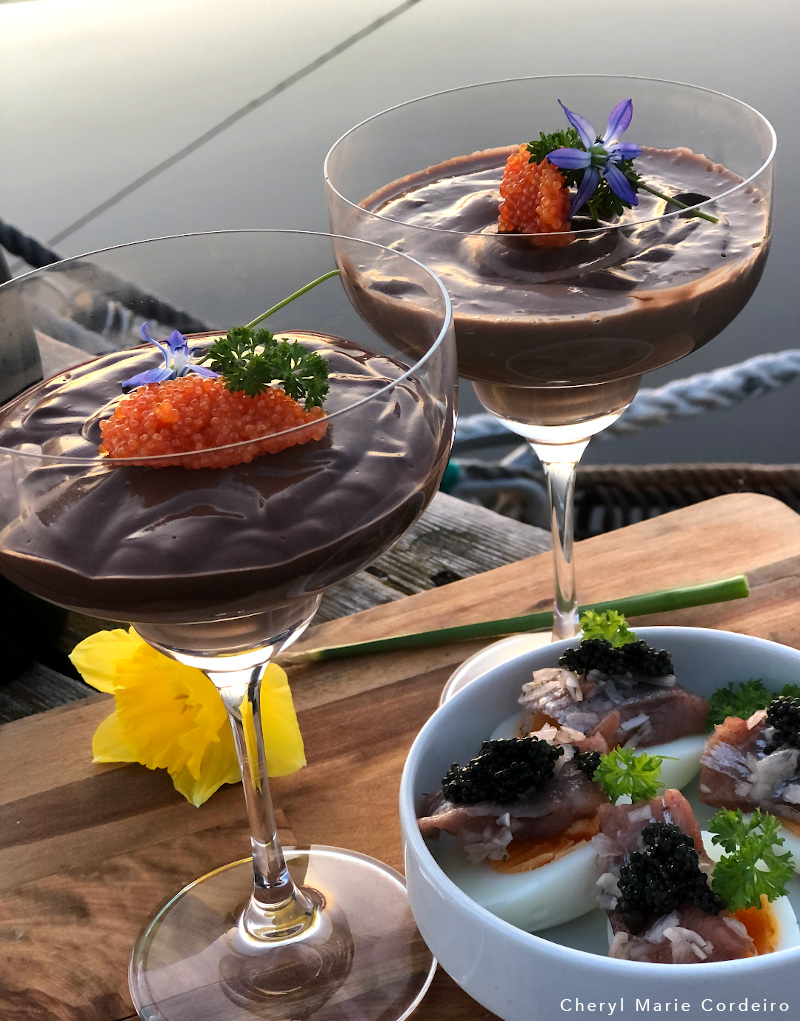 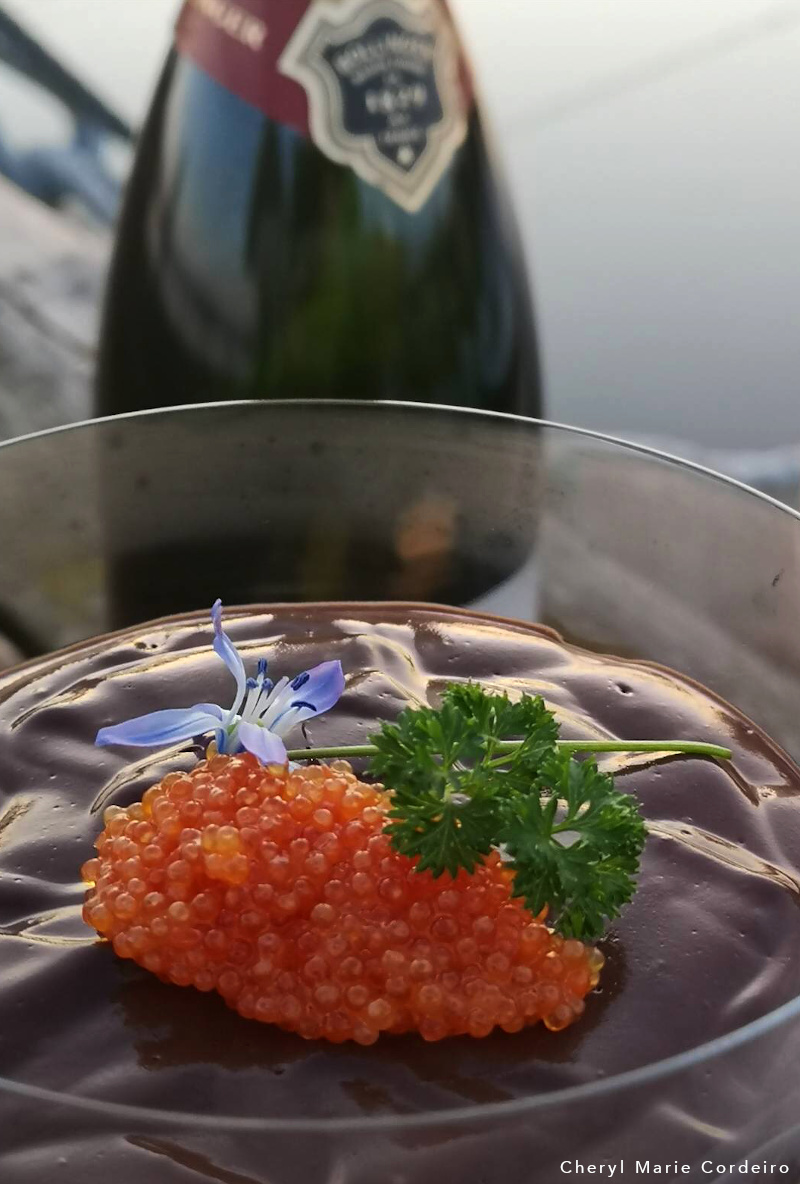 A savoury raspberry and dark chocolate pudding topped with löjrom. 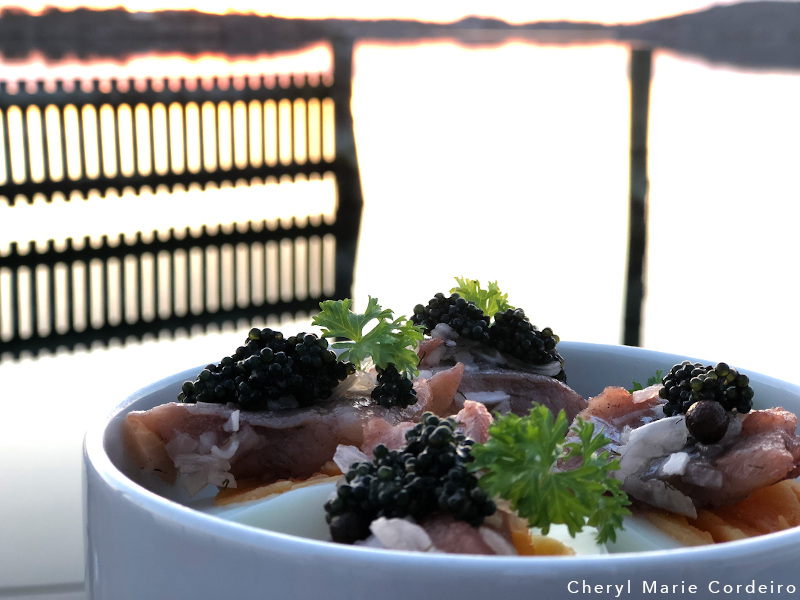