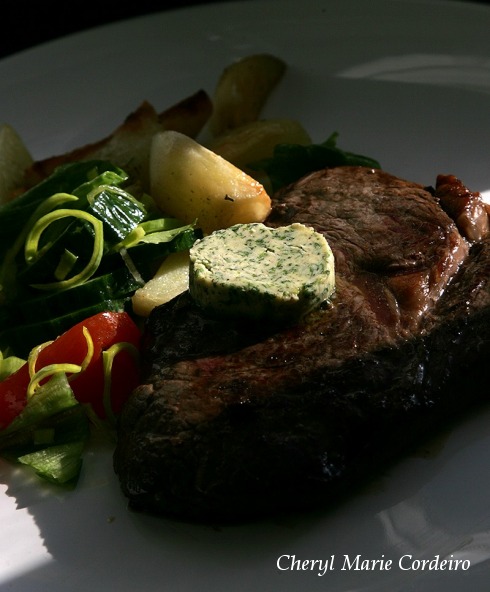 Strangely enough the most common meat dinner in Sweden – at least in the mind of the Swedes themselves – would be a French slice of beef or an entrecôte, with fries on the side. But how did it come to be like this in the land of elks and the Midnight Sun?

Well contrary to Singapore, Sweden does not really have a tradition of eating out on a daily basis. In Singapore one would eat out three times in a day (and then some inbetween) without thinking about it, but in Sweden eating out has always been a little bit of an event where people are more likely than not to dress up a bit and expect something out of the ordinary. The up side of this is that this attitude from bygone days until now had helped create a ready market for gourmet cooking and fine dining, which in turn, had helped skyrocket Swedish culinary art to world fame.

However in 1954 the ‘French Bistro’ was introduced into the Swedish food scene by Chef Yves Fitoussy at the newly opened restaurant Cassi in Stockholm. Here the open bar kitchen was introduced where steaks could be fried very quickly in front of the guests and served instantly over the counter, and with French Fries – also a novelty at the time – on the side. The impact was tremendous.

Everybody wanted to be in on this and the new “Bistro” concept spread over the country, along all the highways, and into all nooks and crannies of the Swedish countryside. Combined with a bar and with the eventual easing up of Swedish alcohol regulations this became a winning concept for bars and small restaurants everywhere.

Interestingly enough Restaurant Cassi in Stockholm is still open at its original location, with its original interior mostly intact, and still run by descendants of Yves Fitoussy. A peculiarity with Swedes, is that they easily become so fond of their novelties that they never want them to change.

With this background I would like to show my own take on this popular French turned Swedish classic. Of course properly changed, as I prefer it. 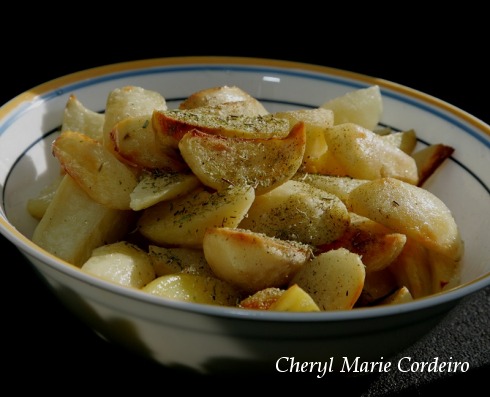 For potatoes I choose potato wedges baked in the oven for about 45 minutes, in a mixture of butter and oil, flavored by ground rosemary and salt flakes. 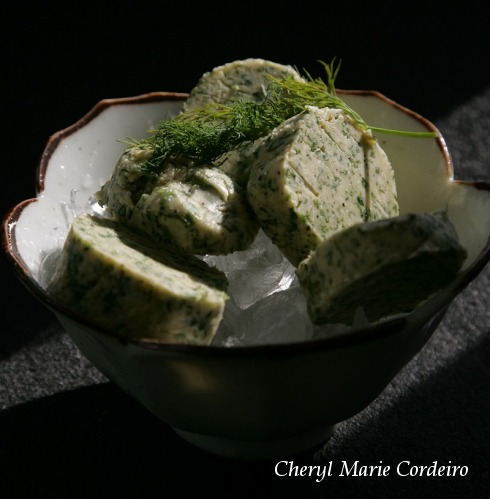 On top of it all, some home made parsley butter, here kept on crushed ice until serving. 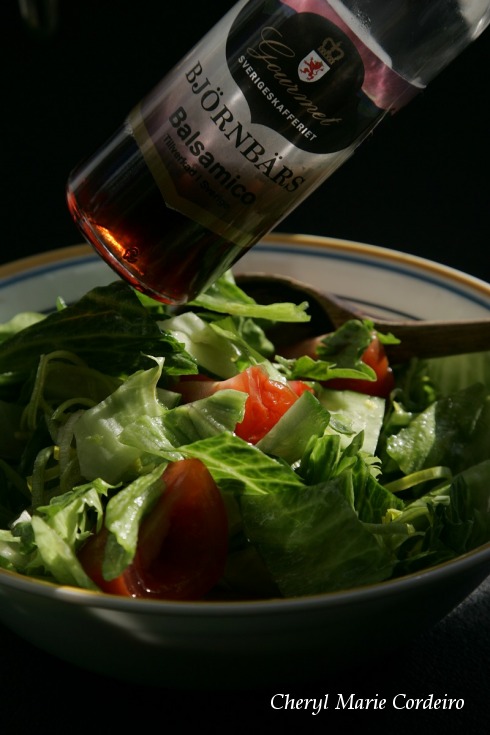 … and a crisp salad with a boysenberry vinaigrette.

Chef’s secret: Buy the best meat you can get, drizzle it with some salt about 50 minutes in advance, let it rest in room temperature and fry it as short a time you think you can get away with. Try for one (1) minute all in all in a sizzling hot pan. Let the steak “calm down” a bit before you serve it.

Link to a newspaper review of Restaurant Cassi in Stockholm, DN 2008-Sept-24
http://www.pastan.nu/merpastan/restaurang-cassi-1.46934