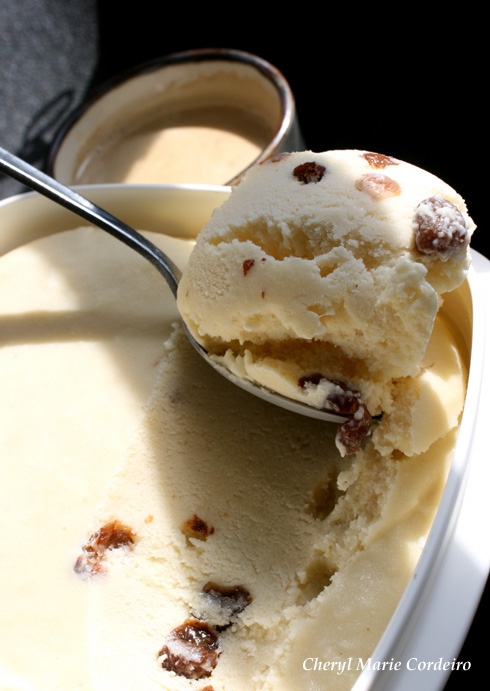 Clearly you’ve never been to Singapore.

~ Captain Jack Sparrow,
Pirates of the Caribbean: The Curse of the Black Pearl (2003).

While rummingly proud that Singapore was once a notorious pirate cove that helped wreck havoc on sea trade, that quote is sadly enough inaccurate, since Singapore would not have been founded for more than a century after the period in which the movie was set.

Still, rum and raisin is indeed a fantasy encouraging concept, with rum itself hailing from the Caribbean, where it was just as popular with the British Royal Navy after their colonization of Jamaica during the 1600s, as with the English privateers (some turned bucaneers / pirates) that traded (stole) it as a popular commodity. Rum soon became a favourite drink of seamen, Naval officers and pirates alike, straight or in a variation of rum made cocktails. The trade of commodity calls to mind Singapore as a free port of trade since the early 1800s, where therein intertwine the stories of rum, pirates and the continuing evolution of global trade. 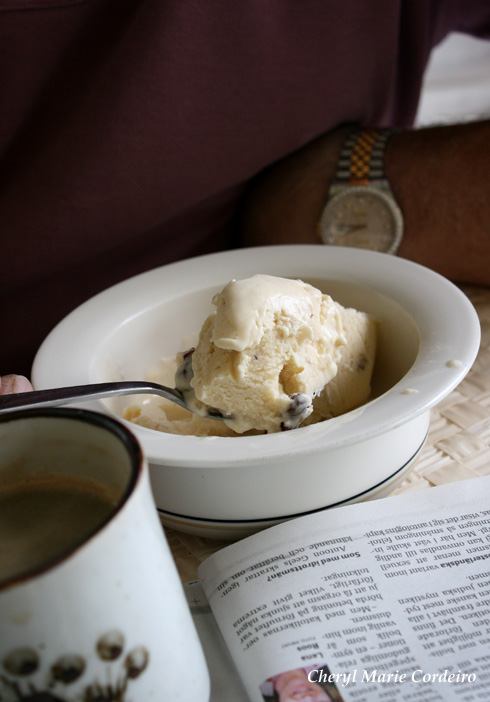 Rum Raisin ice-cream, coffee, a newspaper – for that late afternoon wind down.

My first taste of Rum Raisin ice-cream was when growing up in Singapore, on one of the occasions visiting the American ice-cream parlour chain, Baskin Robbins 31 during the 1980s. Together with Rum Raisin ice-cream, I also recall a certain bubble gum ice-cream, the latter being a strange combination of ice-cream and gum so that that you can’t entirely swallow what you ate. But as a kid, you enjoyed almost all food tasting adventures, especially the sweeter ones, thinking little of the inconvenience of having to chew gum and swallow ice-cream at the same time!

So I fell in love with Rum Raisin ice-cream and sincerely thought that this was one ice-cream flavour I could never make in my own home. In life, I’m seldom pleased to make mistakes but in this instance, I’m happy to say – I was wrong.

Rum Raisin ice-cream is really one of the few no fail ice-cream flavours that anyone with enough passion for the flavour to make right at home, taking no more than 20 minutes before leaving the custard to cool in the refrigerator. You’ll also end up with a delicious consistency that is softer than other flavours (chocolate for example) due to its alcohol content. Smooth, soothing, rich, creamy and heart warming – what more could you ask for in an ice-cream flavour?

Here’s what you’ll need to make about 1 litre of Rum Raisin ice-cream at home:

*Chef’s note: This measurement is not specific for me, what I do is that I soak the raisins in however much rum I need for them to be thoroughly soaked and then in the custard itself, tip in the rum soaked raisins, adding about 100 ml of dark rum to the custard.

Method
Soak the raisins in rum, leaving it at least overnight is best. Warm the milk and cream and sugar in a pot over low heat, making sure that the milk and cream don’t come to a boil. In a bowl, beat the eggs and egg yolks till a pale yellow. Temper the beaten eggs with the warm milk and cream mixture, then pour the egg mixture into pot with the milk and cream, stirring it over the heat till it thickens. The thickening process should take about 10 minutes. Place the custard into the refrigerator to cool and then churn in an ice-cream machine till done. If you don’t have an ice-cream machine, you can place the custard into the freezer, mixing it every half hour over the next 3-4 hours so that you get a good consistency to the resulting ice-cream.

In this summer’s heat in Sweden, a perfect way to enjoy an afternoon wind down is a cup of coffee and Rum Raisin ice-cream whilst catching up on the daily news you hadn’t had time for in the morning rush.