Variations of the Coconut Candy 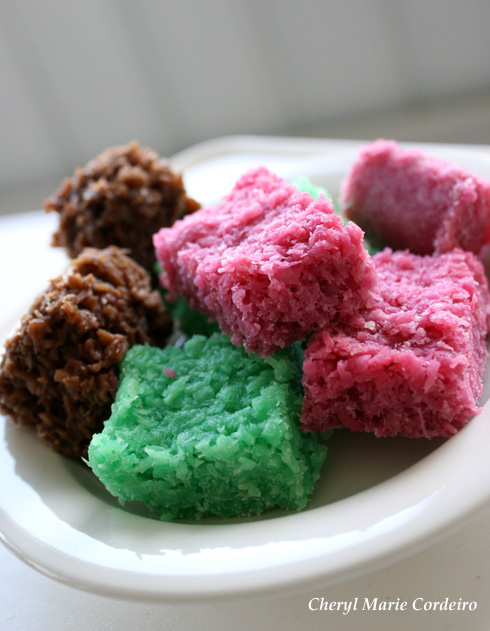 While difficult to find in Singapore these days, homemade Coconut Candy packed and sold at small grocery shops cost about 10 Singapore cents for about 4-6 pieces during the 1970s.

This candy is popular in Asia and Southeast-Asia, and can be found in variations from India, Vietnam, Malaysia and Singapore. The ones that I tended to purchase when young and subsequently became my favourite, came mostly from Indian convenience stores. 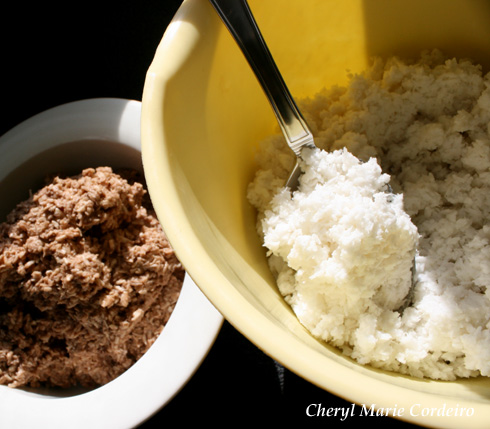 Dessicated coconut, before being turned into candy.

I think nothing could beat fresh grated coconut when making this candy, though in Sweden, fresh coconut is a rare if not impossible find even at selected Asian grocery stores. So what you could use is dessicated coconut, soaking it in coconut milk or water overnight before using it to make candy. 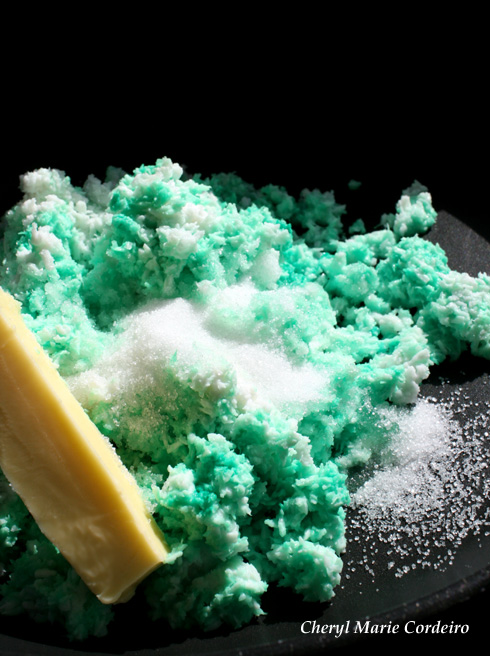 There are variations in recipe in making this candy, some use milk and sugar, some use evaporated milk or condensed milk. I suppose it all depends on your taste and preference. The variations shown here are also made with different base ingredients – the mocha flavoured candy has dark caramelized syrup, granulated sugar and coconut milk while the pink and green (pandan flavoured) versions were made using light syrup with granulated sugar and coconut milk. Each batch was also stirred for different lengths of time over heat will also rendered different textures to the candy. Essentially, the longer stirred over the flame, the harder the candy. 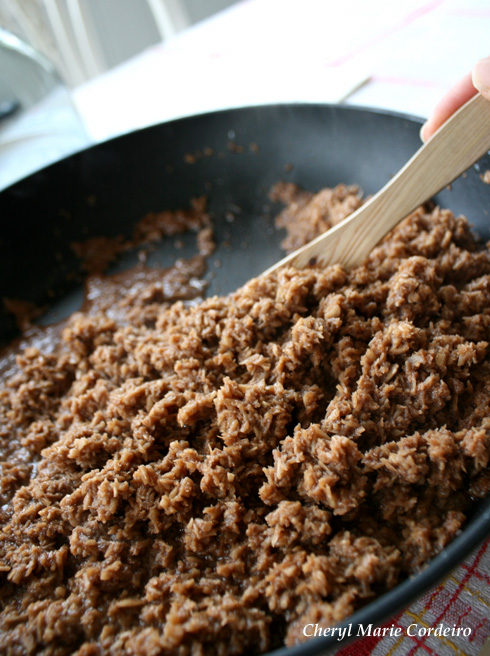 If you’re interested giving this candy a go, here’s what you’ll need for a basic, traditional version:

Method
Soak the dessicated coconut overnight in coconut milk or water. In a pot, pour in the sugar, coconut and evaporated milk. Over a low to medium flame, stir the coconut mixture till it comes together, add a few drops of red food colouring and vanilla essence in the process. The mixture is ready once it comes away from the sides of the pot. Add butter and stir into the mixture. Pour out the mixture evenly in a buttered tray and let cool. Cut into pieces before it cools completely.

The recipe given here is for you to experiment with and have fun while doing it, whether you’re making pandan flavoured coconut candy or mocha flavoured candy. Enjoy with a cup of tea or coffee!

One thought on “Variations of the Coconut Candy”