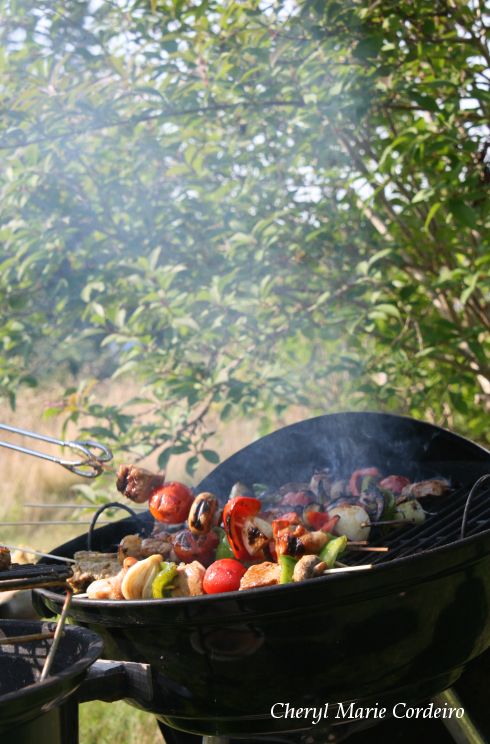 For as long as I can remember, my life has been punctuated with barbeque events as something to look forward to and a weekend thing to do in Singapore. Needless to say, it’s one of those events that I so desperately miss when not in Singapore, especially the East Coast beachside barbeque where friends and family would toss on the grill, a variety of marinated meats and seafood.

In Singapore, barbeques are most often causal events with everyone in standard shorts and tees or alternatively, swimwear and wrapped around beach towels. Paper plates, plastic cups, and plastic forks and knives (if we even bothered using these and not eat with our fingers instead!) are the norm at these events. And of course, paper towels to clean up.

Then in most of my Singaporean experience, there’s always the general chaos of who’s mending the grill pits. In my family, it was more or less ‘to each their own’, so like the steamboat around the table, you look after whatever you’ve put on the grill yourself and there isn’t one grill master to see that things don’t burn. And things eventually always end up burnt, but we’ve all come to expect this and it would hardly be a heartwarming barbeque event without charred food. In fact, it was only when I arrived in Sweden that I realized that barbequed food is not synonymous with burnt food, but there were techniques to apply that would render succulently grilled meats served to the table. 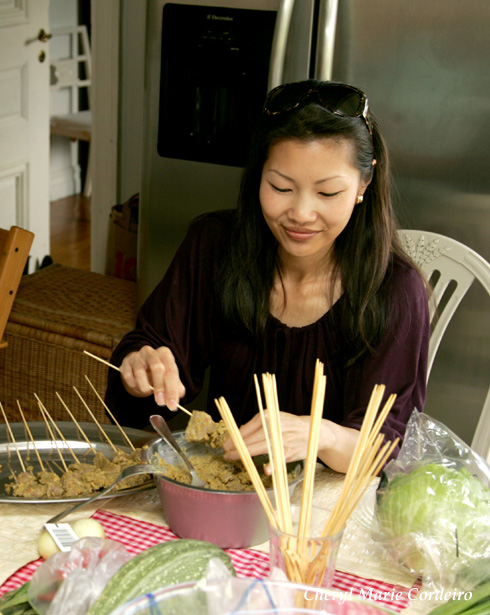 Amused in the midst of chit-chat, making Singaporean style satay sticks to go with the warmed and waiting peanut sauce.

The Swedish barbeque is casual by Swedish norms but compared to Singapore, it would come across as slightly more formal, with proper designated seating places for everyone, and the use of porcelain plates, with proper glasses and coffee mugs. Serving the grilled food with red or white wine is not uncommon and there’s generally less movement of people between the grill pits and the dining table. There’s indeed a grill master, and no chaos whatsoever. 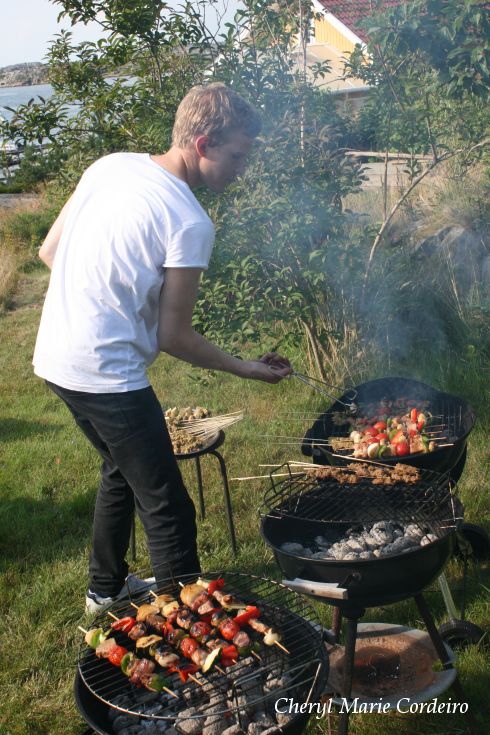 Our ‘pitmaster’ juggling satay sticks and anything worth BBQ-ing, all under control.

But whether in Singapore or Sweden, preparations for a barbeque event make part of the fun with planning of what to grill and what to have as complementary dishes. 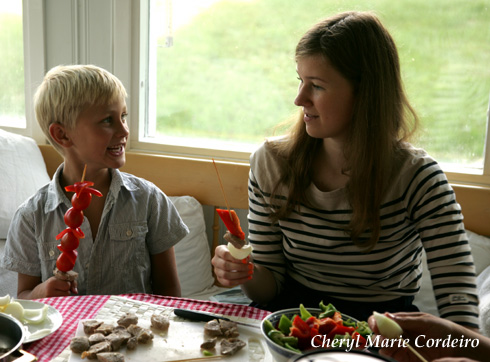 In Sweden creativity is much encouraged and why not – a full red skewer with tomatoes and capsicum kebab amongst all the meat – later properly barbecued and enjoyed to its full!

The menu for this particular Swedish late summer BBQ and garden party was an eclectic mix of Singapore and Swedish dishes. We had Singapore styled beef satay served with peanut sauce made with coconut milk and crushed pineapples and a Eurasian staple (British inherited), Shepherd’s Pie.

The Shepherd’s Pie made main conversation through most of the meal, with an exchange of stories of its history and influence on the culinary scene, especially with the Eurasian community in Singapore. I was asked for the recipe and here’s what you need for the version of Shepherd’s Pie served at this event. This recipe is a variation from Sylvia Tan’s cookbook Singapore Heritage Food: yesterday’s recipes for today’s cook (2003).

Method
Marinate the mince with all spices, red wine and soya sauce, set aside for about half an hour. Heat some oil in a hot pan and sauté the onion till it softens and browns. Add the mince and fry till it browns and crumbles. Once the mince is done, fill an oven safe pot / dish with the mince and spread the mashed potato over the top. Bake on top heat at ca. 200C till the potato browns. Serve warm. 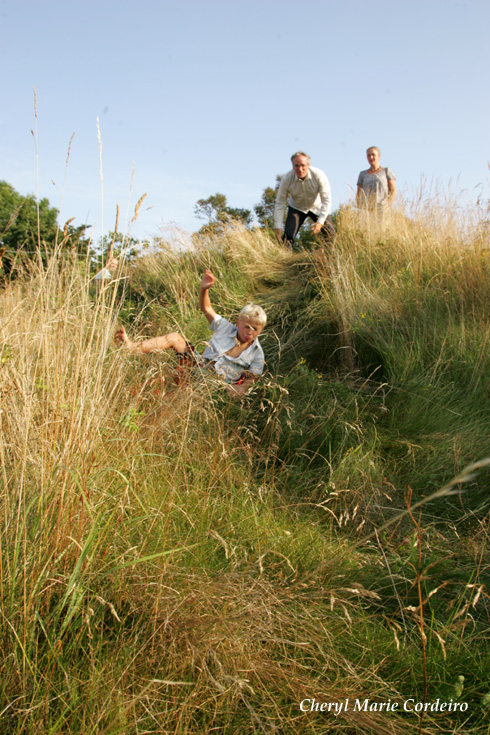 A slope that during the winter had proven a good place for sliding on snow was tried and tested with modest success, on grass.

For dessert, a round of baked caramel apples was served with coffee. 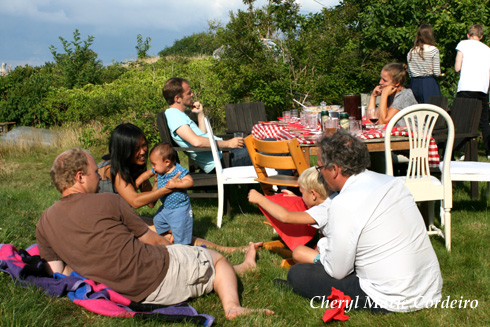 As afternoon turned to dusk, some made themselves at home on the grass lawn.

And as the conversation took us into the night, the children soon went to bed while some of us took a stroll to visit a nearby music event, set up by other neighbors and friends. So typically late summer, in Sweden. 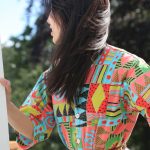 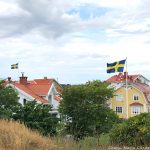