A caseinic tour of Europe 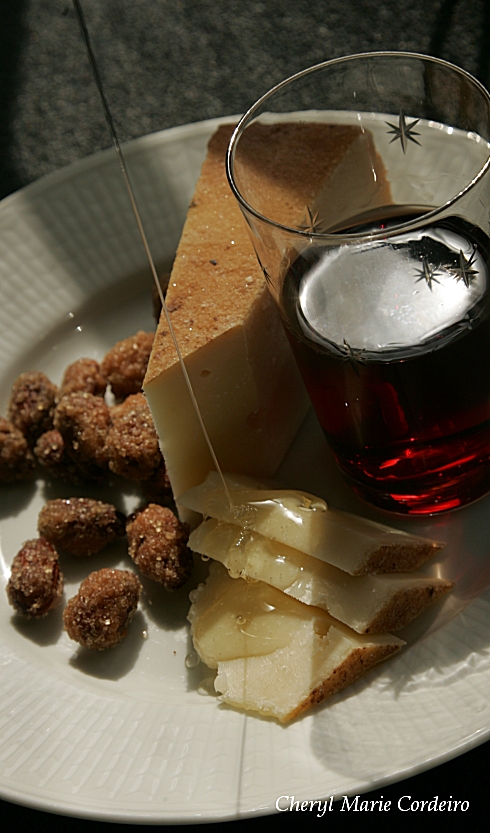 An Italian hard cheese that is washed in Recioto, perfect with Acacia honey or caramelized almonds. Tried just for fun with a drop of Port.
Photo © J E Nilsson and C M Cordeiro-Nilsson for CMC 2010

It was only in Sweden that I came to realize that cheese and coffee were more synonymous with dessert than a slice of chocolate cake or a scoop of ice-cream. 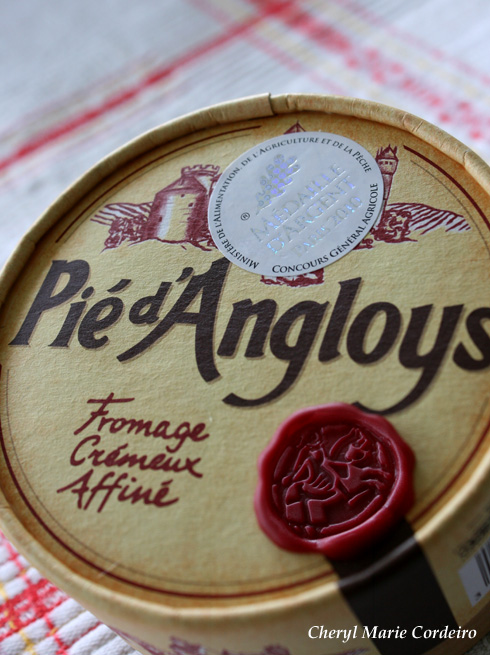 Pié d’ Angloys, an award winning French rind washed soft cheese that has a rich, creamy texture that is a variation to the taste of brie.

Rind washed cheeses are typically bathed in a wash of salted water, wine, brandy or local spirits, according to the traditions of each region. Besides adding a distinct and local flavour to the cheese the washing process helps to soften the rind and encourage this to become a part of the cheese rather than just a skin.

The washing also helps cheeses to retain its moisture. Through this process, the cheese becomes soft, thick and brilliant and sometimes showing some coloring from the wine. Washed rind cheeses typically present a paradox, in that their colorful, often pungent rinds contrast with beautifully smooth and creamy interior. 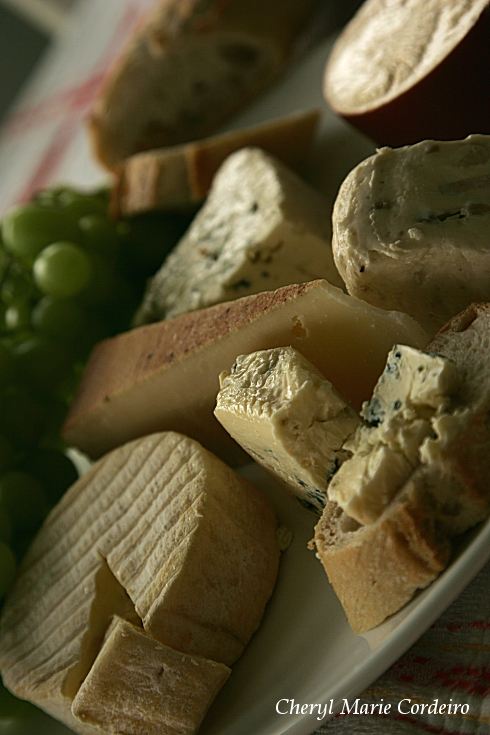 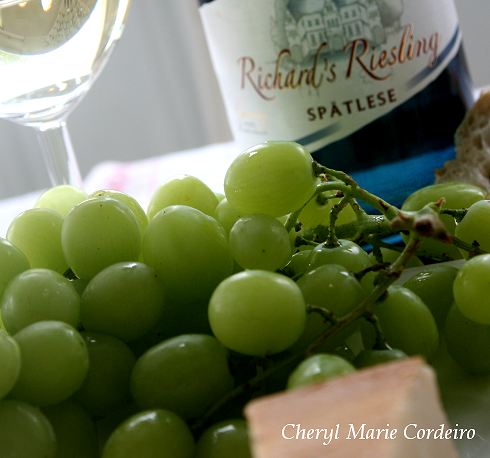 Every single one of these individual cheeses would actually have merited a careful wine choice. As for us, we didn’t really put that much effort into something we do just for fun, and settled for a long time friend of our table, a sweet and uncomplicated German Riesling spätlese.

I think the general consensus after this cheese party or cheese tasting session was that the favourite was a toss between the Recioto hard cheese and the Pie d’Angloys. Both very different cheeses of course, to be enjoyed in different ways. Italian hard cheeses whose flavours are brought out with just a drop of honey have soft spot in my heart, since they so often remind me of my visit to Quatro Leoni in Florence a few years ago.

And then, there was the Pié d’Angloys, a French washed-rind cheese that is somewhat like a Brie though the taste is thoroughly beyond that of Brie. This cheese has a white crust, is ivory coloured inside, and is soft and spreadable. It has a mild, creamy taste that is almost buttery in flavour. Made from cow’s milk, its rind is washed with wine as it ages, making the cheese ripen from outside in. It comes in 7 oz or 200 g small boxes. Storing it at home is perfectly fine since this cheese will continues to ripen in the box.

Apart from the Recioto rind washed hard cheese and the Pie d’Angloys, that we found to be cheeses that could stand on their own as full desserts, the other cheeses we thought could be good breakfast (or lunch) cheeses, spread on a fresh baked French baguette!

For those who’d like a little adventure on spreadable cheese, the Rambol Walnut is an extraordinary soft French cutting cheese with layers of cream cheese sandwiching layers of crumbed walnut. Dare I say – wonderful with a cup of sea-salt hot chocolate!

One thought on “A caseinic tour of Europe”