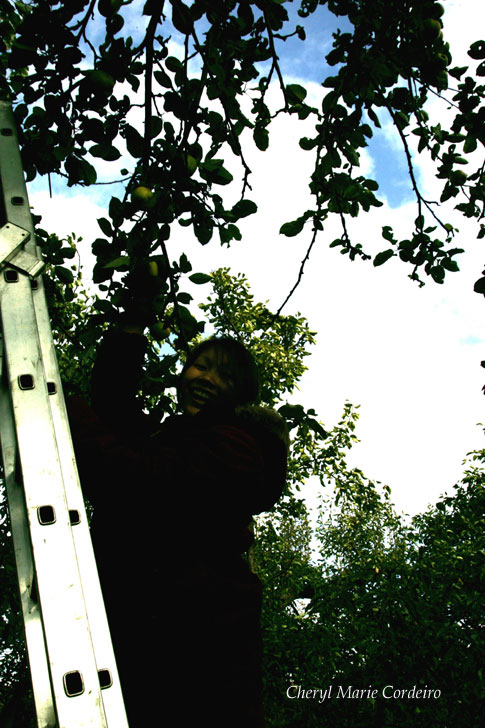 The end of autumn brings about all things Apple, because it is during the late autumn that Swedish apples ripen. Walking in an apple tree garden that is ripe for the picking is so dreamy that one can’t help but spontaneously pull out all old family recipes of apple pies, apple cakes and apple buns you got.

As it happened a neighbour of ours had an unexpected abundant crop of Gravenstein this year invited us over to basically help ourselves to as much as we wanted. It sounded like too much fun to miss out on, so we of course brought home as many apples that we felt we could possibly use over the winter. 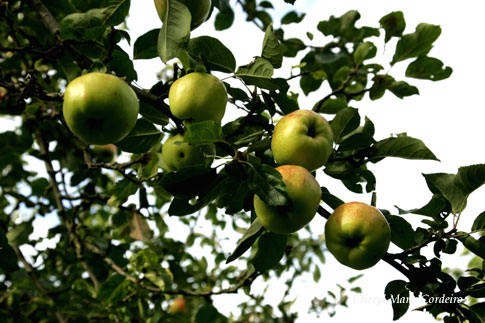 Gravenstein apples ripe for the picking.

The Gravenstein variety of apples has been around in Sweden for about 300 years. It has a wonderfully round personality, being fantastically fragrant, very juicy and of a size that fits generously into the palm of your hand. The Swedes consider this the Rolls Royce of Swedish apples and is ideal for cider but works well for pretty much anything you can do with apples. 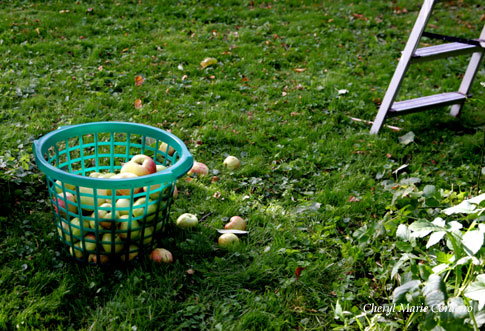 It was quite a sight with fresh apples littering the garden!

Gravenstein is nice for applesauce and also well suited as dessert apples or used in main meals, complementing white meats for example. Generally any recipe that melts them halfway to the core and makes them dissolve in your mouth when eating, is well suited for the Gravenstein. 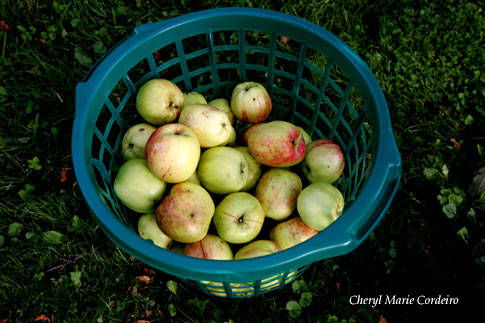 Gravenstein apples sitting pretty in a basket. We were advised to treat the apples as we would eggs, since bruised apples tend to spoil faster then those handled carefully.

The making of applesauce takes very little effort. The apples need to be skinned and cored. They could also be quartered or left halved and thrown into a large pot placed on very low heat. Once the amount of apples fills the pot, toss in a few cinnamons sticks and simmer for an hour or so. As the apples melt together, add sugar to the desired sweetness. Whether the apple sauce should remain chunky with large bits of apple pieces in the sauce is up to the cook to decide. The longer the apples stay on the heat, the softer they turn.

The apple-picking event rendered a total of about 30kgs of apples and at that we hardly made a dent in the crop for our dear neighbour. The first thing we did was to bring out the juicer and made apple juice till our hearts content. Tomorrow, we will start making applesauce to last us the winter and then next, I have my heart towards an apple pie.