At home in the tropics: the banana tree 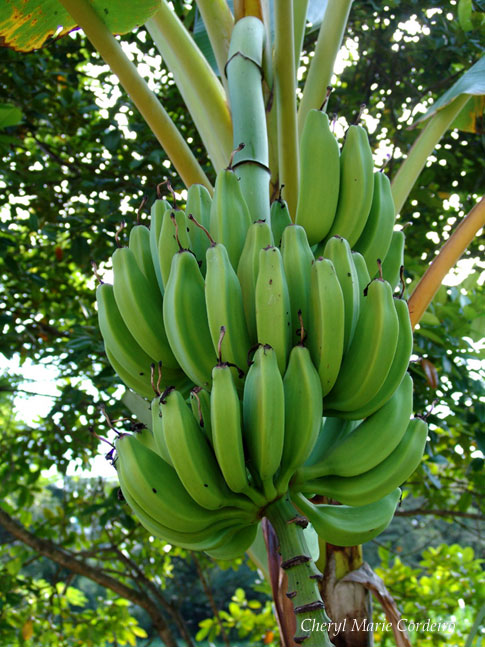 An idyllic spot in the tropics of Singapore allowed this banana tree to grow this beautiful bunch of bananas.

The banana tree is native to the region of Southeast-Asia, growing quite freely in the wilderness of Malaysia, Philippines and Indonesia. In the suburbs of Singapore, where concrete has replaced most of the secondary forests here, the banana tree is something of a tropical idyll to have in one’s private garden. The tree doesn’t grow too tall and its broad lush leaves provide shady relief from the mid-day sun. 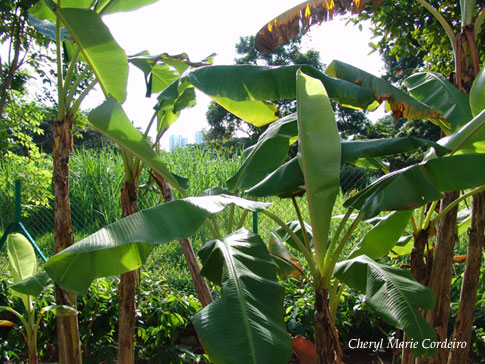 Banana trees in the morning sunlight.

The ease at which the banana tree grows in this region has made it a popular choice of ingredient when cooking local food. The leaves for example, are not only used to serve food as with the Indian tradition, but it is also used in traditional Malay desserts such as Kueh Lopes and the Chinese dessert, Banana Hoon Kueh, made with green bean flour and sliced bananas. 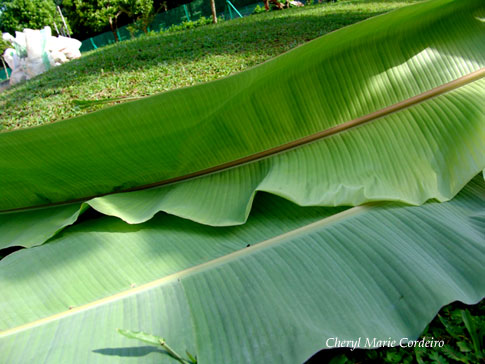 Leaves from the banana tree are broad and lush, making them a complimentary ingredient to many Southeast-Asian dishes.

Harvesting the banana leaves is relatively simple, assuming that one isn’t cooking for a large crowd. Three large banana leaves will give plenty for making desserts that require a banana leaf wrapping. Once cut from the tree, the leaves are sliced in two, then folded and packed. They are either washed in warm water or boiled before use, to soften them. 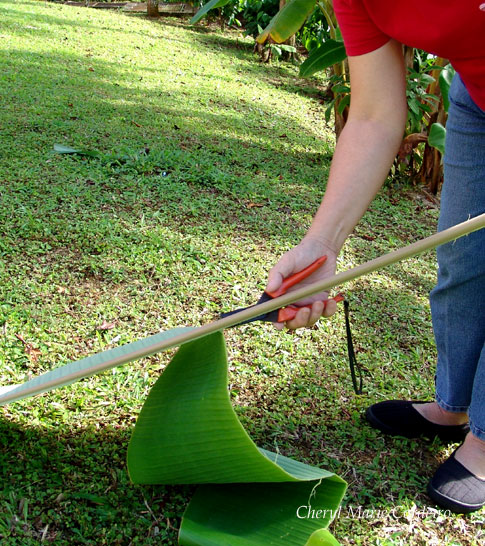 Tree worshiping is common in Asian cultures, where it is believed that spirits live in trees. In order not to disrupt the tranquility of the spirits, prayers of gratitude are offered to the tree, after each harvest. There are incidentally, more than 1,000 varieties of bananas and the locals prefer using only certain varieties for cooking and eating.