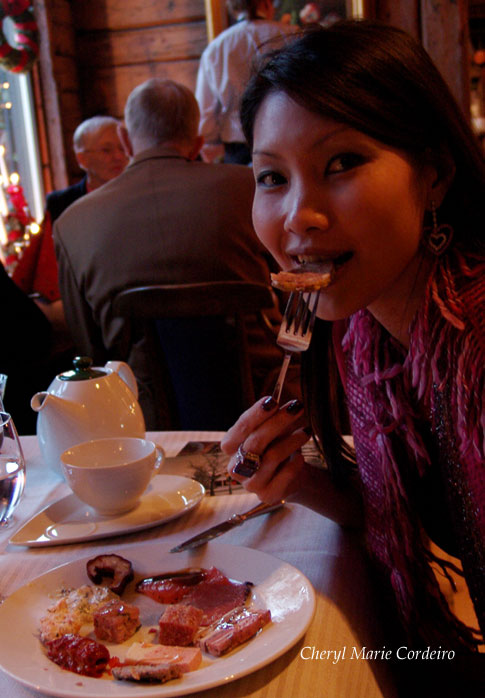 Tucking in at the ‘julbord’ or Christmas buffet at Sjömagasinet, Gothenburg. This restaurant serves a wonderful variety of Scandinavian delicacies during the Christmas season and it’s a recommended restaurant to visit at any time of the year, when in Gothenburg.

Sjömagasinet is somewhat of a tradition, and this year, we made our way back to the restaurant for our Christmas dinner. It’s all things familiar, such as the warm fireplace at its entrance and its golden candle lit interior, that makes you feel at home when you step in. A gazing sweep over the buffet spread and you begin to look forward to trying out your favourite dishes, the ones you can recall from last year. 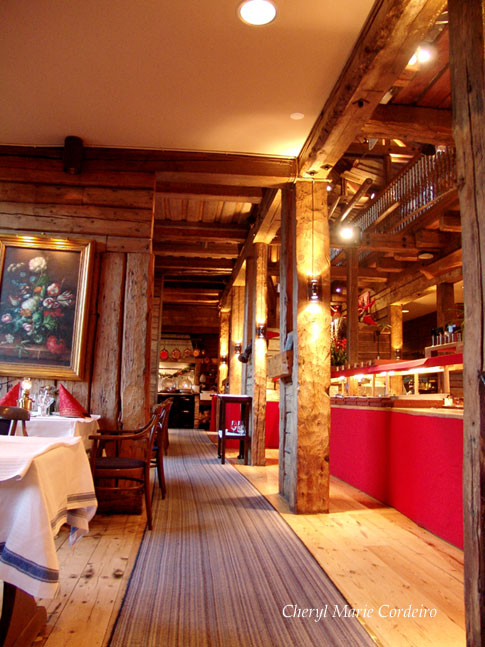 A picture of the inside of the Sjömagasinet, that once used to be a storage warehouse for ships, containing ropes, tar and sails. The place belonged to the Swedish East India Company from 1731-1830.

The restaurant has rotating shifts for Christmas buffet meals and this year, they had put up a glögg hut and an outdoor fireplace, at the entrance of the restaurant to serve guests who were early to the buffet. Glögg is a spiced up sweetened wine served with raisins and roasted almond slices, during the Christmas season in Sweden. 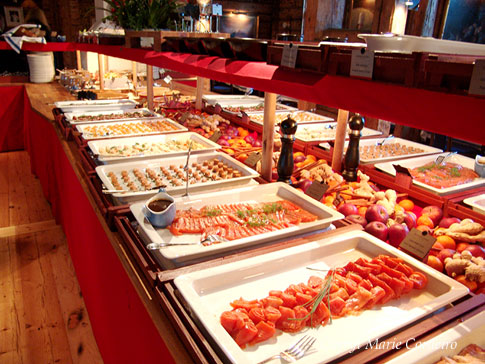 A traditional Swedish Christmas table contains several sections. Here’s an array of the cold fish dishes, mainly salmon and herring. There are also warm meat dishes such as meatballs, sausages and fish towards the end of the buffet line.

There are several ‘bizarre’ foods to be had in Sweden, where apart from surströmming, is lutfisk which they serve during Christmas. Literally translated, it means lye fish since the fish is prepared with caustic soda. This dish has its reputation mainly as ‘weird’ or ‘bizarre’ if you follow Andrew Zimmern’s series on strange foods around the world.

I had lutfisk several years ago, at another Christmas buffet, where the dish had little impact on me since it mostly tasted like watery fish, but after watching Zimmern’s series on Lutefisk in Minnesota, USA, where they seemed to be big fans of the dish, I decided to pay closer attention to this dish at this year’s Christmas buffet. 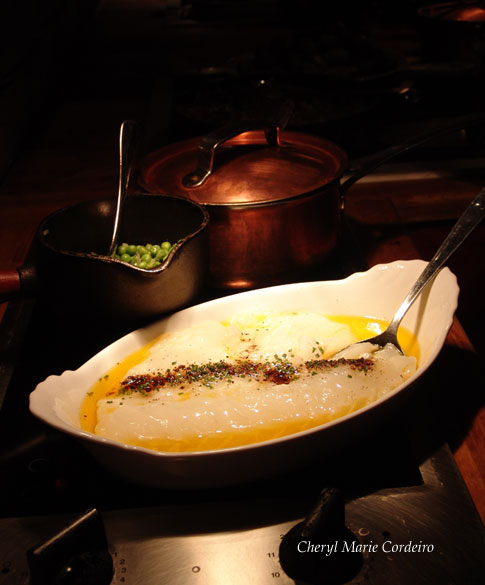 Lutfisk, is a traditional Scandinavian dish that is served at the Christmas table. The only other place I know that is crazy about lutfisk or lutefisk is Minnesota, USA.

The lutfisk at Sjömagasinet was stunningly delicious! I think I came away from this Christmas buffet a huge fan of the dish. The fish has a consistency of poached eggs, rather delicate in flavour and quite like kopitiam eggs served in Singapore. Mannerström’s accompanying white sauce to the fish was excellently prepared, complementing the subtle flavour and texture of the fish. It was also made according to the traditional Swedish recipes from yore, a signature of Mannerström’s culinary finesse. 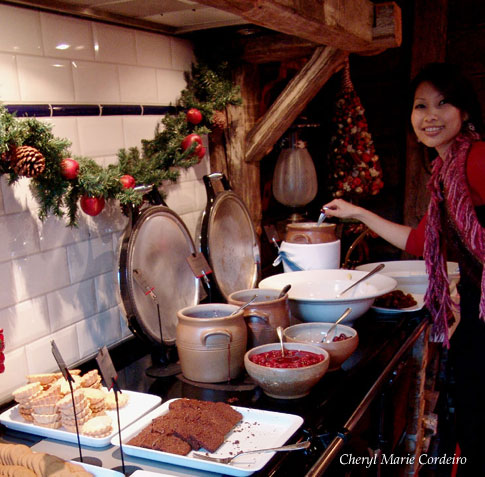 At the dessert table, with one hand on the whipped cream pot. The other pots along the buffet line contain a scrumptious array of home made jams – strawberries, raspberries, cherries and cloud berries. The last is a traditional northern Swedish berry that is rare and a difficult pick.

The dessert at this buffet is phenomenal, with a spread ranging from home made cookies, breads, cakes and hard candied sweets. I had my eye on the berried jams that looked rich in colour and flavour just standing there in their pots, waiting to be tried and found it most fun to put together a multi-berried tart, using the empty tart shells provided at the dessert counter. 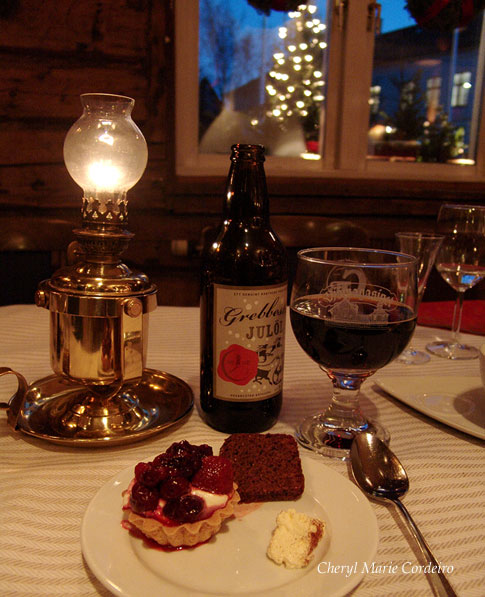 Julöl is a dark Christmas beer that is a good accompaniment to the meal. Snaps are also in place for herring and salmon dishes. On the plate is a self-created little tart from an almond pastry shell with whipped cream and three different berry jams on top of it.

By the time we left the restaurant, daylight had gone and the decorative Christmas lights of the restaurant dazzled in the pitch dark night in the city. The meal was enjoyable, not only because of the wonderful food and the feast for sight, but for the company that was there to share the experience with.

2 thoughts on “Christmas dinner at Sjömagasinet, 2008”