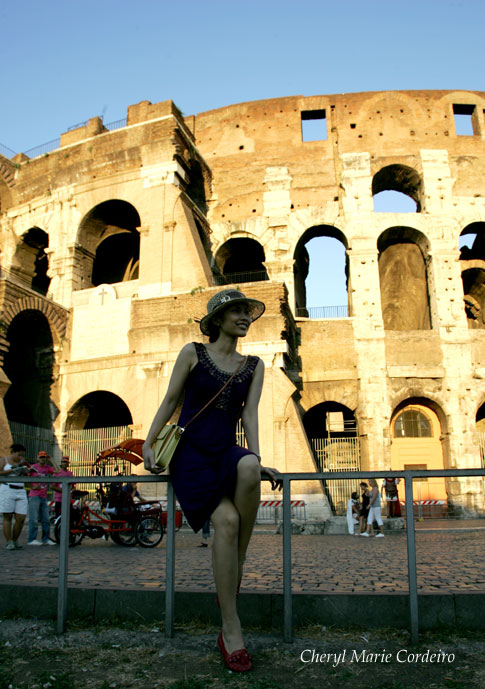 The Colosseum in the evening sun, Rome.

It was after the visit to the Vatican City that we took our time with a viewing of Rome. Home to the gladiators and the exciting, at the same time terrifying arena fights where humans and animals were sacrificed for pleasure and honour alike. 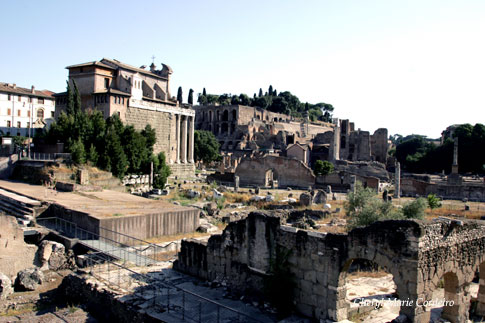 Planning Rome’s city streets of today is a difficult task, as Rome’s historically rich past reveals itself at intersections along the way. Julius Caesar was reportedly stabbed to death in this arena of ruins.

Rome with its history of conquests, bravery and military might of some 2000 years past, has left many traces of its influences in modern Europe, not least in architectural influences. In the time of Charlemagne and Napoleon, the Roman model of civilization and military power was admired and imitated, but never matched. But language, culture and people are fluidly dynamic in time, and values have changed since the time of the great Caesars. Today, Professor Andrew Wallace-Hadrill describes succinctly, how we would view the Roman model of antiquity:

The Roman model now seems not the solution but the problem. Centralised control, the suppression of local identities, the imposition of a unified system of beliefs and values – let alone the enslavement of conquered populations, the attribution of sub-human status to a large part of the workforce, and the deprivation of women of political power – all now spell for us not a dream but a nightmare. 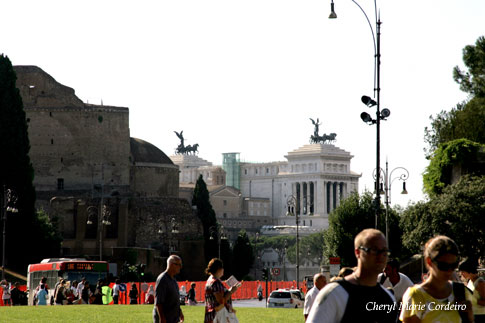 The power of Rome’s past is not forgotten, as their massive and heavy buildings impress upon visitors with an overwhelming effect. One wonders at the ideology and personality behind such structures.

Still, the disproportionately massive architectural structures of Rome, from the ruins of antiquity to more modern structures, continue to remind people of Rome’s once great military standing in world history. Fruit stalls can be found at intermittent distances, so one can literally grab some fruit, drinks and picnic on the grass spots around the city, contemplating under the clear blue skies of late summer, the powerful personalities and the ideology behind these massive structures and city planning. 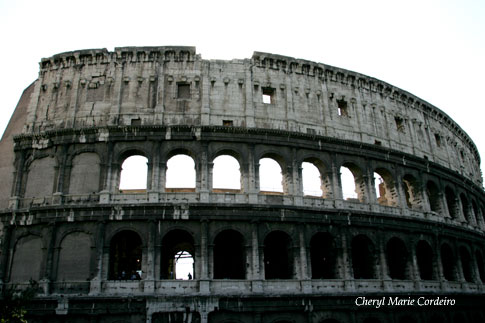 The arches of the Colosseum.

Though what remains of the Colosseum today reflects only a shadow of its former self, having been ravaged by earthquakes and plundered to the core and used as a expedient quarry in the past centuries, the methodical planning of its architecture and its mathematical harmony in its symmetry of designs is still evident from the arches remaining. The ratio 5:3 echoes throughout its design (see article by Keith Hopkins) and each stacked level contained columns belonging to different orders, Tuscan at the bottom, Ionic in the middle and the third story, Corinthian columns. The planning had indeed payed off as the building, despite the odds, has stood the test of time. Parts of the outer wall had in fact been cleaned between 1993 and 2000, to help save it from the continuous onslaught of modern day exhaust fumes from vehicles. 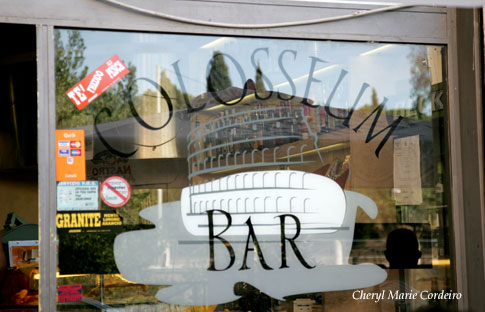 The Colosseum Bar, situated across the road from the Colosseum, offers a splendid view of the former death arena. Romantic.

The Colosseum Bar, just across the road from the majestic ruins of the Colosseum, allows a great view of the arena when dining. The restaurant is open from lunch till past dinner and they serve a variety of pasta dishes with a small selection of wines. Their desserts however, were not too fantastic. I ordered a white truffle cake I believe, which turned out to be mediocre in taste and texture. 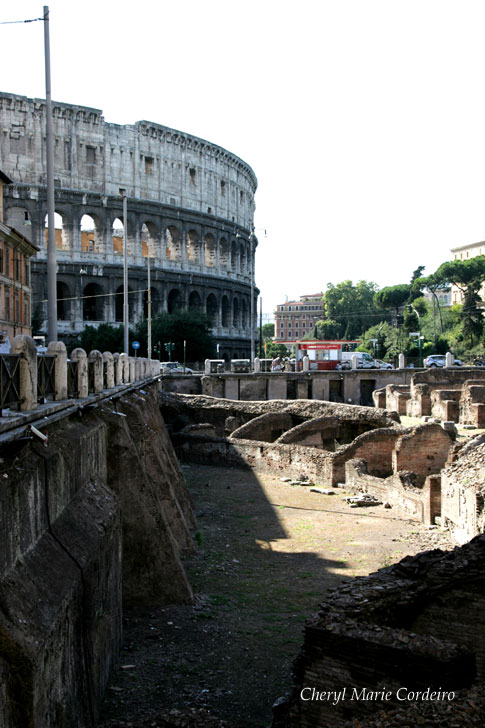 Just outside the Colosseum Bar is the skeletal structure and remains of the corridors leading up to the Colosseum. This is where the gladiators would have resided before the fights. Gladiator graves have also been discovered about 300 m from the area where they fought.

There are many things to explore in Rome and one could spend about a week in discovery of it. And if you looked around some, you might even come across one or two modern gladiators, who are pure fun to have your picture taken with. 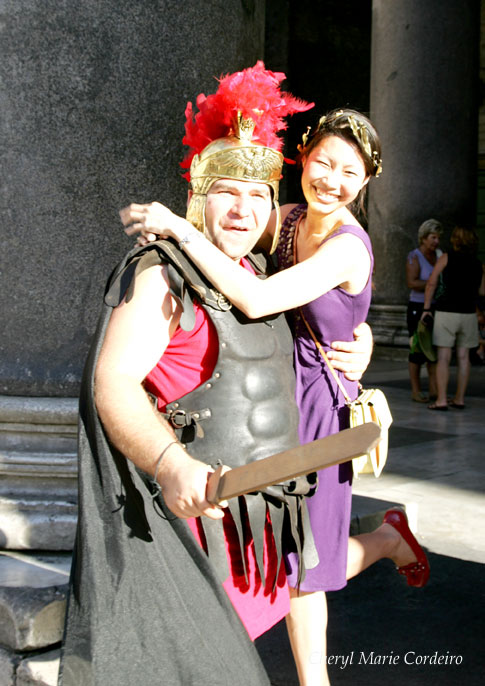 A modern day gladiator, by the Pantheon, Rome.