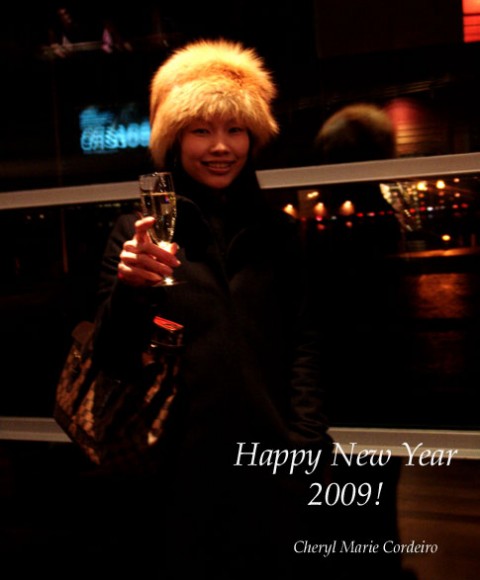 At the Gothenburg Opera House greeting the New Year, 2009, with a glass of champagne!

No New Year’s party in Sweden is complete without a massive display of fireworks so this year, we made it a point to go see the annual fireworks in Gothenburg, Sweden, sponsored by the local newspaper, Göteborgs Posten (GP). 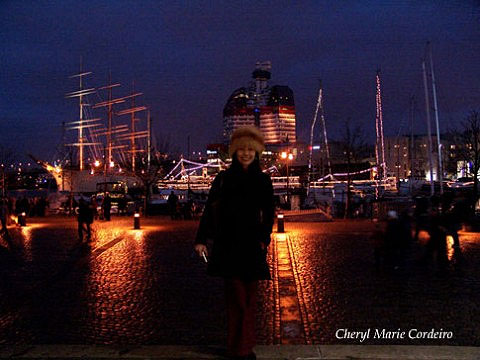 Outside of the Gothenburg Opera House, with a view of the harbour. In the backdrop the 19th century sailing ship ‘Viking’ nowadays kept as a floating museum and utilized as a Hotel.

In sharp contrast to the 250,000 strong crowd at the Singapore Countdown at Marina Bay 2009, where fireworks were displayed to the melodies of ethnic songs, the atmosphere outside the Gothenburg Opera House was mellower, with the crowd languidly streaming into the harbour front where the fireworks traditionally were to be set off at 5 p.m. 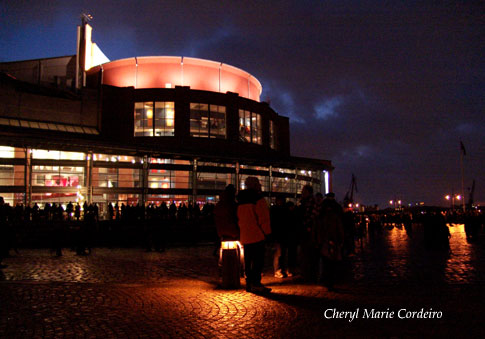 A view of the Opera House at the harbour front of Gothenburg offering a light-hearted evening show along with a glass of champagne to its patrons this special evening. All lights in the Opera House are completely shut down just before the fireworks starts.

There was ample elbow room for everyone who wanted to watch Göteborgs Posten’s annual fireworks display, most cosily dressed in puffa jackets or fur coats for the chilly – 5 deg C along the Gothenburg harbour front. The skies were a bit cloudy. The highly expectant crowd was quietly energetic. 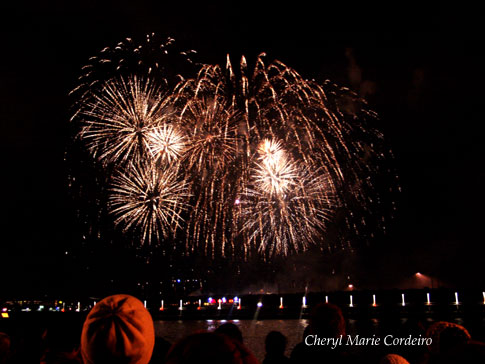 Not accompanied by music as in Singapore, the fireworks wowed the crowd all the same with its terrific display against a velvety black winter’s night sky!

When 5 pm came, the Opera House shut down its lights so that those inside the building could gain a better view of the fireworks display. The hardcore fireworks fans competed for the best view next to the quayside where the fireworks was reflected in the cold silvery waters. The rockets were fired from across the harbour, at safe distance. Once they went off, there was no mistaking the display from afar as the noise of the colourful explosions echoed across the sky!