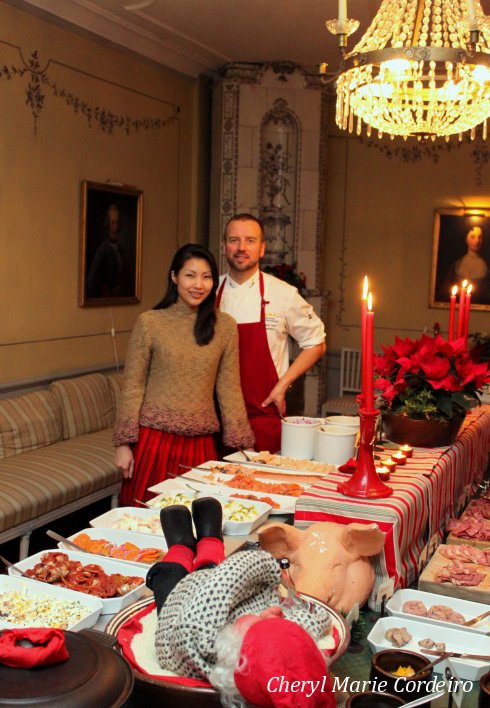 Previous years we had chosen to have our traditional Swedish Julbord 2007, 2008 and 2009 at Leif Mannerströms Sjömagasinet focusing very much on the produce of the sea, but this year we were looking for something different.

Admittedly it was the persistent recommendation from friends, and our own curiosity of how one of the greatest names we have in the Swedish food competitive world would deal with something as traditional as a Swedish Christmas table, that this year made us make way out to the old mansion of Råda Säteri, just outside of Gothenburg.

The Säteri itself is a large manor that dates back to 1772 while the history of the place as such dates back to Medieval times. Enlivened with expectations, we made our way there through the thick snowfall, that cloaked the lands creating a pristinely white Christmas landscape. 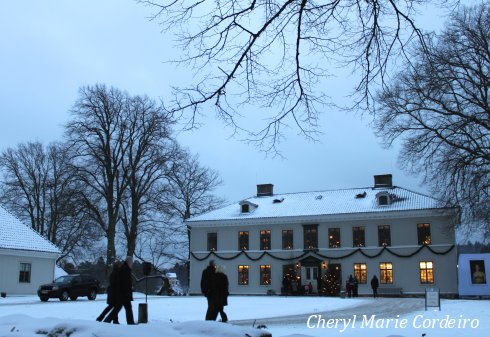 Råda Säteri, in winter’s evening light. The building dates to the late 1700s and its interior is kept in a convincing traditional style. 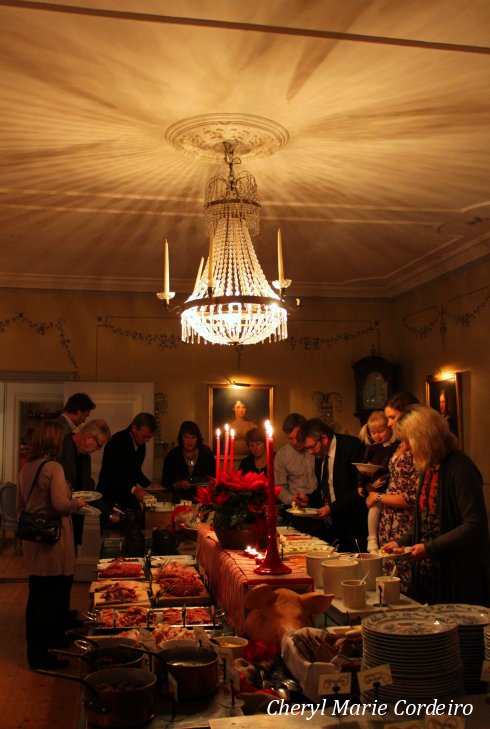 This house history includes a number of famous guests among them Albert Einstein who in 1923 passed by, on his way to collect his Nobel Prize.

We were naturally very curious about how Krister Dahl had chosen to deal with the problem of combining his enterprising interest in inventive and prize winning cooking with the expectations of the guests, who more or less by definition, mostly wanted the same foods as the previous year, and the year before that, and the year before that, and so on.

Krister pointed out that the food that his team produced for the Christmas table here was absolutely based on traditional recipes. Initially they had indeed tried to apply some more creative thoughts into it, such as serving smaller portions on the dishes which had rather led to the disapproval of the guests. Smaller portions looked ‘stingy’, came the feedback, rather than appreciating the neatness and hygienic aspects of having fresh dishes brought out more often, from the kitchen.

If was fun to hear how really important every bit of the traditions were for the guests. And how unrewarding any attempts of improvements were for the chefs attempting any changes. The conclusion as we understood, had been for Krister and his team to stick to everything mostly as it was expected to be, and direct the creative lust into minor things as in herring pickling – which were admittedly one of the high points – and on the whole to present a table where each dish however traditional, was cooked to perfection.

The result, a satisfying meal complete as it should be, from beginning to end and with all the splendor and tradition of times long gone. Bring your friends, I would say, and take your time enjoying a long evening at the bar and in the comfortable setting of the house. 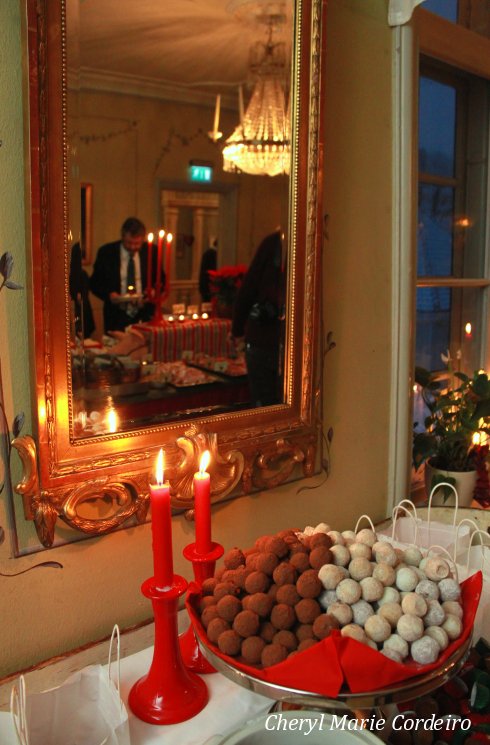 Since it is a large manor house, what you’ll encounter when entering this place are small rooms. During the Christmas table seating for example, there was a room dedicated to host children, where they can sit, draw with crayons and even grab books to read. In essence, Råda Säteri offers you a dining experience that is close to home, Swedish style. 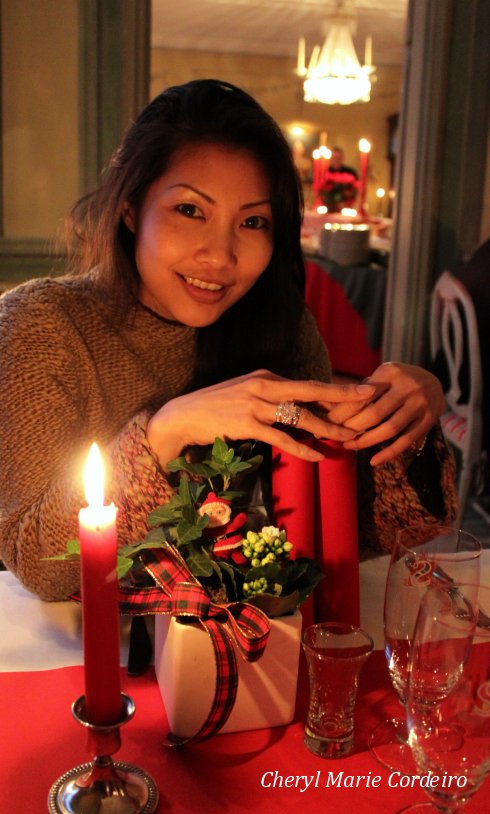 Cozy and waiting for the glögg, prior to dinner. 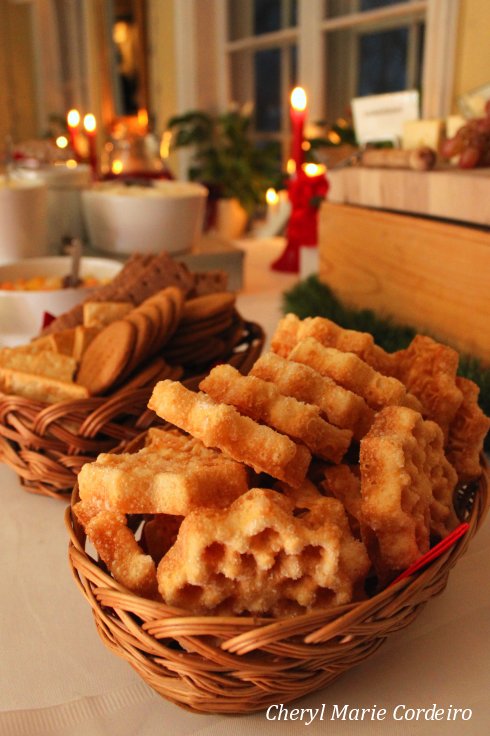 Items at the dessert table to round off a full Christmas meal.

Being a large house, the atmosphere as such is child-friendly, an indication of which is the numerous bags of candy – not exactly homemade, but of the kind you can find at the Choklad och Karamel Factory at Kronhuset – that invite children to reach in and grab the contents to their heart’s content.

But whether young or old, brownies in small bite sizes, chocolate coated almonds and baked cheesecake with fresh made fruit marmalade are there to help round off the meal. 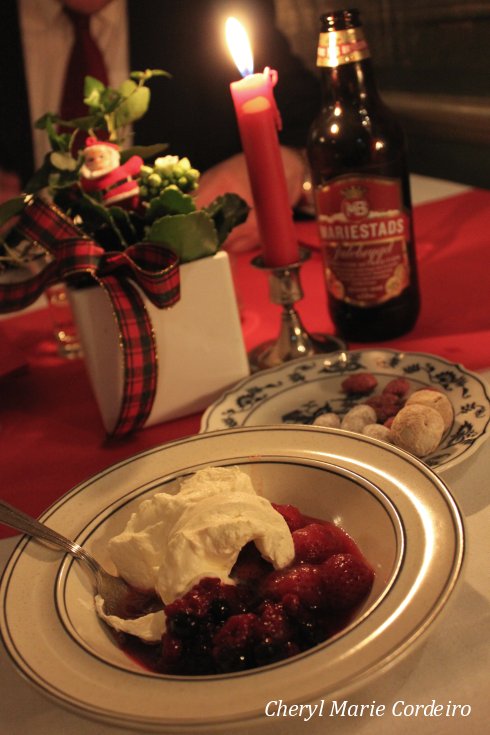 The atmosphere at Råda Säteri allowed for a languid meal, amidst friends and family talking in the background in the wooden paneled room warmed by a traditional Swedish kakelugn or fireplace.

After dinner, you’re invited to unwind at what looks like a smaller guest house that is today a café and a boutique where you can buy specialty marmalades, jams and coffee beans.

Just passing by out of curiosity we were invited to help ourself to a warm cup of glögg while browsing the exhibition of handicrafts and this or that for that perfect Christmas gift, or simply sit back in their sofas with a cup of coffee, taking your time to while the night away after dinner. 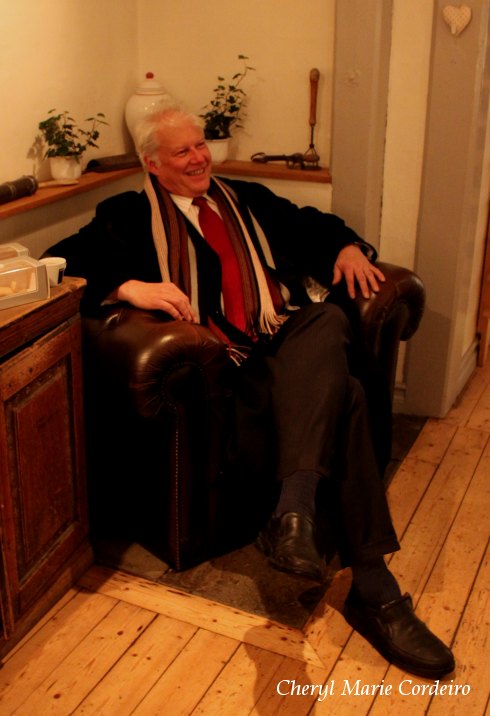 Relaxing after dinner, at the Råda Säteri guest house and handicraft shop. A most pleasant experience, highly recommended. 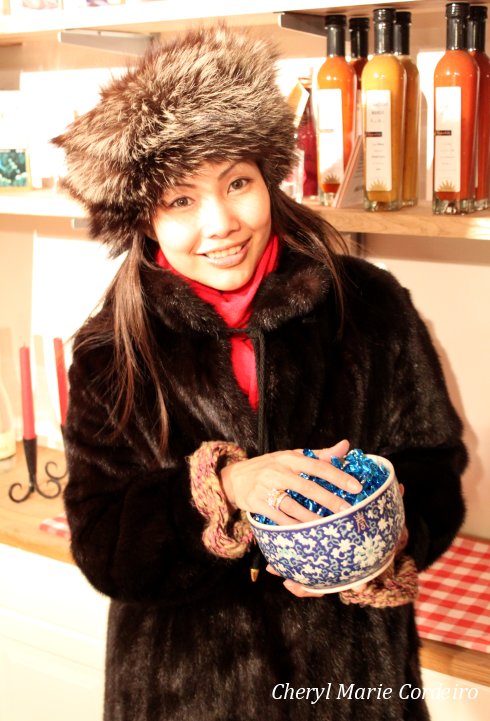 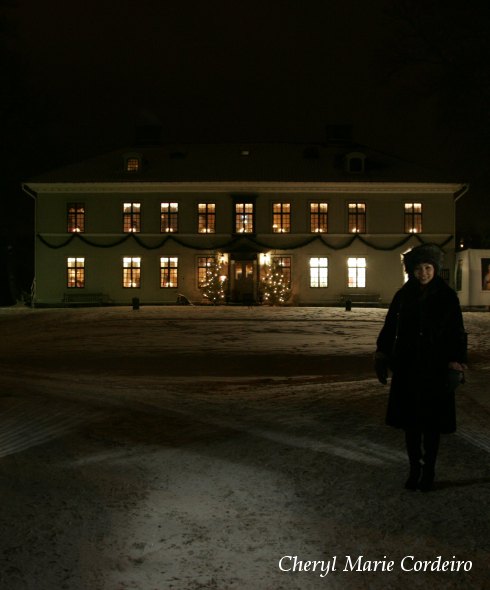 Warm, full and happy we made our way back to our car in a Christmas carol dreamy Disney like setting after an unforgettable Christmas dining experience, thanks to the hospitality of Krister Dahl and his team at Råda Säteri.