Today we went to the great Swedish Book Fair, held at Svenska Mässan i Göteborg. There among about one million visitors were indeed a few highlights. At the Kartago Publishing Company’s booth we met with the well known Swedish cartoonist Jan Berglin. He is one of the driest, most academic authors to have ever drawn a comic cartoon. Here is a picture of Jan Berglin at the Kartago Publishing house booth, signing his latest book. 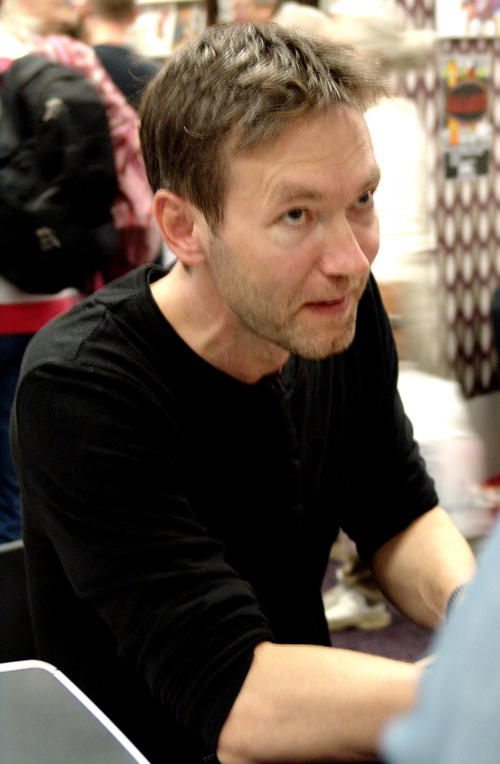 Funnily enough I think he looks like what he draws. 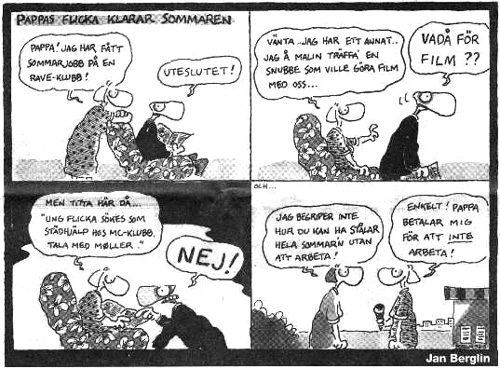 JE in queue to meet Jan Berglin. A bright, happy kid is all I see! Pretty much as any eight year old kid queing up to hand over his wishing list to Santa. David, JE’s son who is standing behind JE was also there. 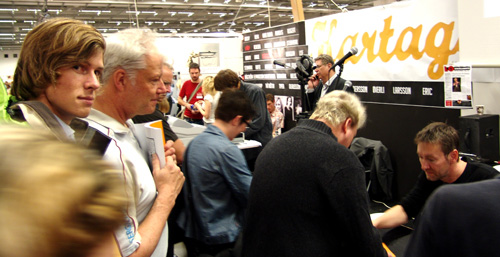 We couldn’t really help asking about his style, of mixing philosophy and quotations from our traditional literary heritage, with humor. As expected he just smiled and explained

I guess that’s me. I try to put a lid on it but I can’t really help who I am.

I figure that’s the way to do it. Just be yourself. 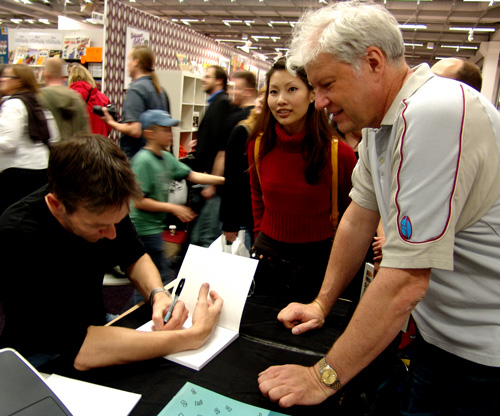 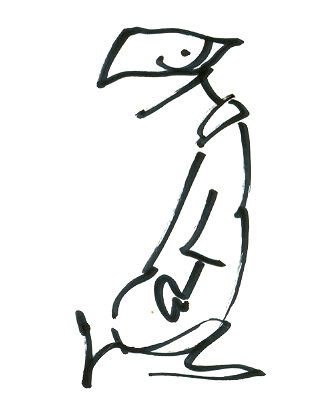