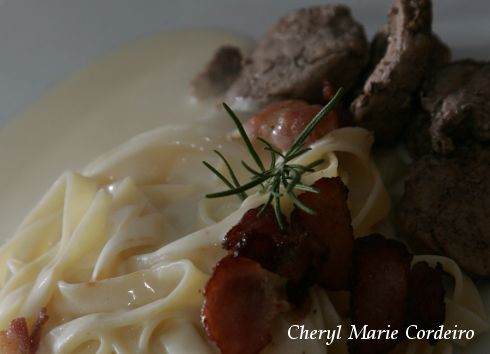 This is long time favourite of mine. It is quick and easy to make, not that expensive, and can make up a the main course of a really nice home cooked dinner for quite a number of guests with no big effort.

Water for the pasta

All in all it takes about half an hour to make, provided that you have the ingredients prepared and at home of course. If so, the first thing to do is to get the water for the pasta started.

Getting the sauce going

Next is actually the sauce since it will need a little while to mature. This will take about thirty minutes, so we estimate the time on this. Basically you just make a white sauce with butter, wheat flour, milk and a few tbs of full cream for flavour. Add freshly ground white pepper and stir in a teaspoon (tsp) of sea salt flakes. Now stir and slow cook this for at least a quarter of an hour while adding milk and cream as needed so that you arrive at the thickness you want. Then add about a cup of loosely ground parmaggiano cheese and melt in while stirring. 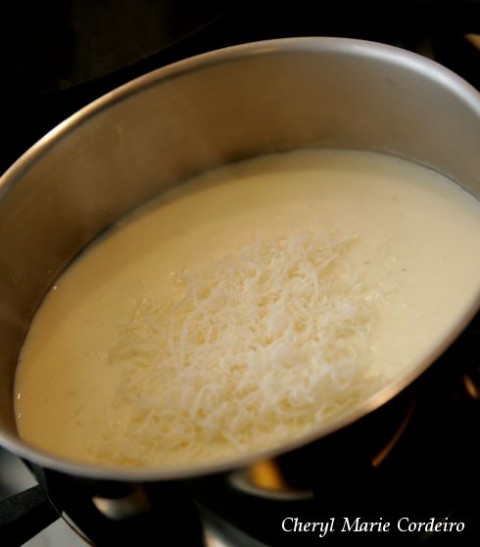 A cup of loosely shredded parmaggiano cheese, stirred into the sauce.

Parmaggiano cheese is special in that sense that besides adding and enhancing flavours it does not become lumpy or stringy. Add milk and cream as needed. After about another quarter of an hour this sauce should be ready to serve.

Bacon crisps and fillet in slices

Frying the pork fillets is a pretty straightforward thing. Personally I would start with frying about 150 grams of chopped up bacon strips (per 500 grams of pork fillet) and then continue to fry the fillet medallions in the same pot as the bacon, for flavour and heat economy.

Right now would probably also be the time to toss a few bundles of tagliatelle in the boiling water if they are of the dried kind. They will then need about 8 minutes until al dente. 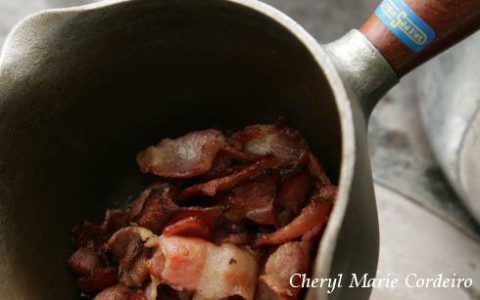 The bacon crisps could be taken aside when done.

When the bacon pieces are done – crispy and nice but not burnt – a few dollops of butter in the same pot makes the ideal base for giving the sliced up fillet a quick stir fry. The only spice needed is white pepper and some salt if you like to add this here. 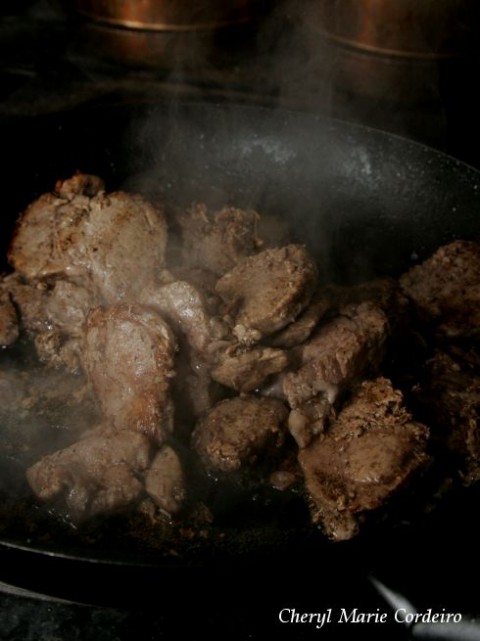 Frying the pork fillet slices should be a quick affair. When they are no longer raw, they are done and any more frying will just render them hard and dry.

The one thing to look out for now, is to not over fry the pork. As soon as it is not raw anymore, it is actually done and it will not improve from any more cooking. Just sample one from the pot and if it tastes nice (more pepper or salt?) it’s done.

Last thing to do with the sauce is to add a few drops of really good whisky for flavour. The alcohol if you don’t let it boil away will add a sense of sweetness to the sauce, which will contrast beautifully against a few flakes of sea salt. 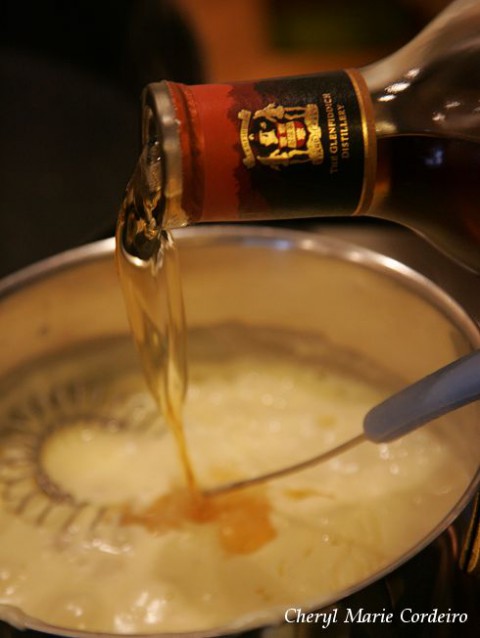 A few drops of good quality whiskey added immediately before serving adds besides flavour a sense of sweetness to the sauce that will contrasts very nicely to some salt flakes drizzled on top of the dish.

Fresh pasta is the last

If your pasta is fresh, then cook it now and serve immediately. Personally I would serve the warm sauce in neat cups one on each dish, so that each guest can pour it over their own dish as they please. 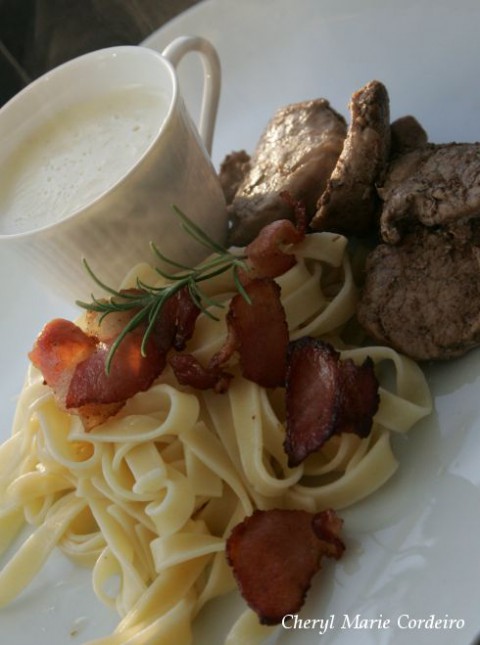 A few salt flakes drizzled on top of the dish is nice, as is some fresh rosemary and a few turns on a pepper grinder.

What about a wine

Regarding a wine to go with this dish, lets be blunt about it. This is a hearty and home cooked dish, so any wine you feel is “hearty” enough will do fine. Ideally it should be some OK – not too complicated – wine from our own wineyard but lacking one such, as most of us do, any decent red Italian or Spanish Rioja Alta will probably do fine.

The feeling is more important here. My suggestion is that it should be of room temperature, on the warm side, properly aired, and lots of it so it lasts long into the night, so that long after the tiramisu or the créme caramel is gone together with some strong good coffee, it will still be some left to go with a dish of Italian hard cheese and some honey roasted walnuts.