Christmas food in Sweden and Singapore 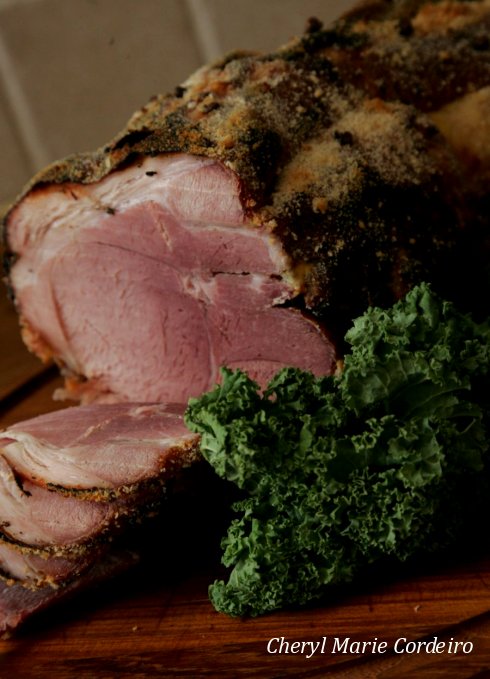 Honey mustard baked Christmas ham, fresh out of the oven. Nowadays this is the centerpiece of most Swedish Christmas tables. I olden times, this place was taken by a complete, baked pig’s head with a red apple in the mouth.
J E Nilsson and C M Cordeiro-Nilsson © 2010

While living mostly in Sweden when the opportunity presents itself I occasionally find myself back in Singapore to celebrate the festive season with parents and relatives. On these occasions even solid institutions such as Christmas celebrations and the types of food put out on the Christmas table, becomes a mixture of what we all love the most of the Nordic and the Singaporean Eurasian traditions.

The Swedish “Christmas” table has its roots in old Viking mid-winter sacrifice rituals or even older than that. Then a few centuries ago the East India trade brought the Swedes to South East Asia over the Christmas where they had to wait for the monsoon winds to change before it would bring them back to the North, and today I found the traditional Nordic Christmas ham dressed up to look like a tropical pineapple fruit. Coincidence or not, traditions are built up over time to somehow keep long lost memories alive and who knows what people long after us, will have on their Christmas Mid winter tables. Chicken Mc Nugget?

Here are anyway a few pictures from my Christmas in my two homes, in Sweden, and in Singapore. 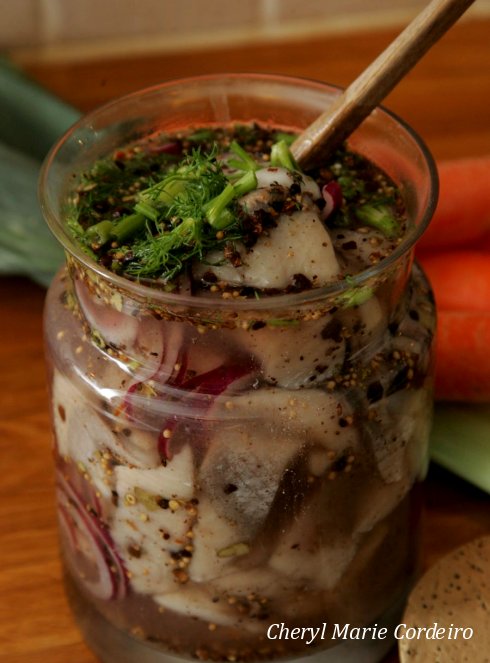 Herring or ‘sill’, pickled with sugar and vinegar and a secret mixture of spices. Contrary to meat ball recipes, herring recipes are r e a l l y secret. Or else, herring as such is such a versatile ingredient that no one can really agree on which way best to pickle it, and recipes are always amended, edited and revised for improvements the next year. 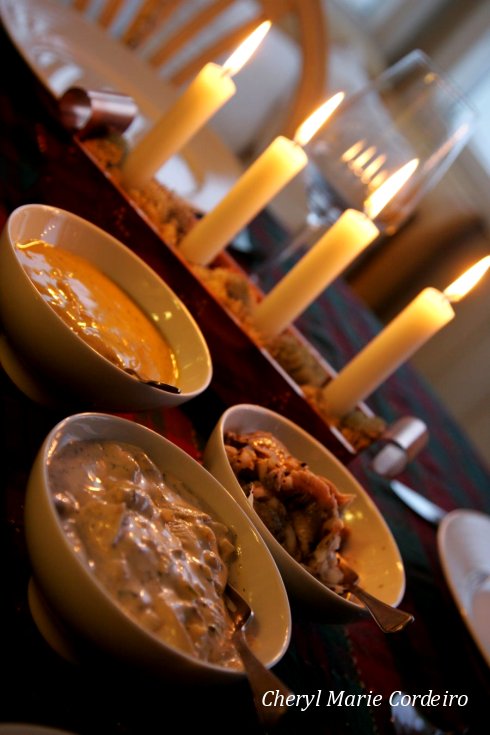 Herring or ‘sill’, the ultimate poor mans dish, at Nordic Christmas tables dressed up served with several exotic dressings and flavors, one late version being ‘Sill in Dijon’ just to mention one example. 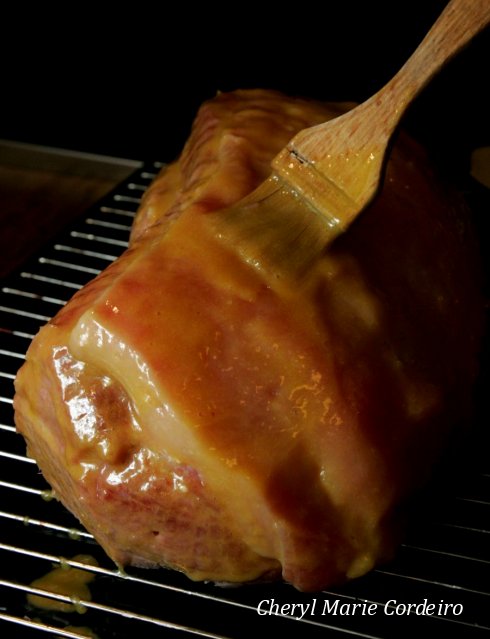 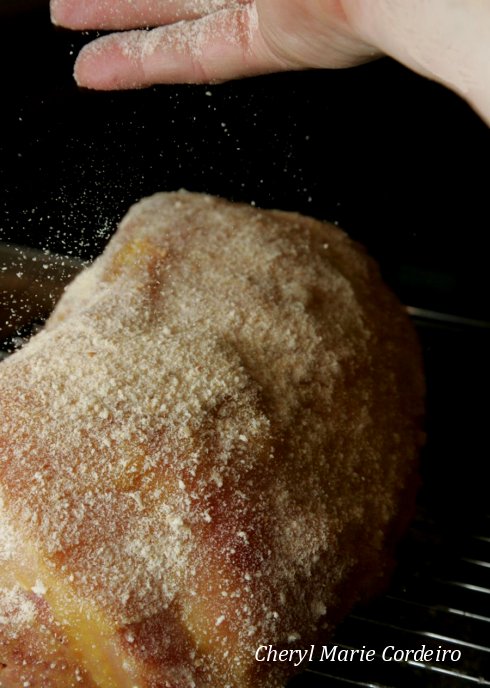 Breadcrumbs over the honey and mustard glazing.

In Sweden, it is tradition that hams are dotted in a diagonal fashion with cloves, making the entire leg of ham resemble somewhat of a pineapple fruit! 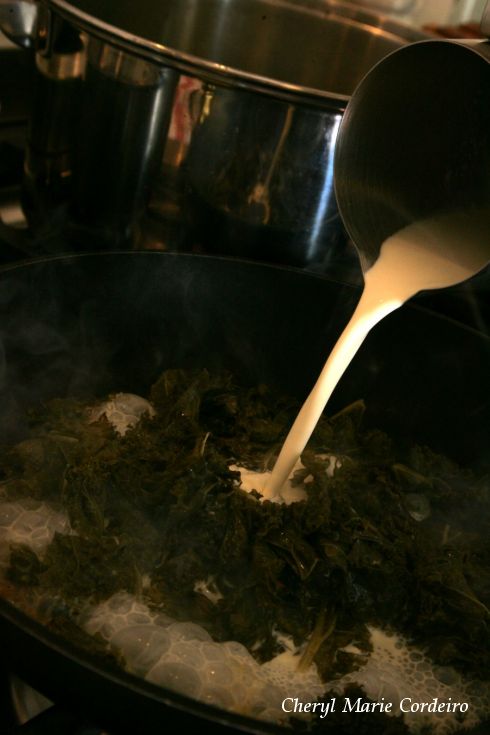 Fried Green cabbage ‘Halländsk långkål’ is an, as unusually awkward as indispensable dish to put on the Christmas table. Its preparations asks specifically for broth from the boiling of the ham, so if you haven’t boiled any hams recently then, no långkål. After stir frying the cabbage in the exact amount of ham broth, the stew is tempered with some full cream to its proper mild saltiness. 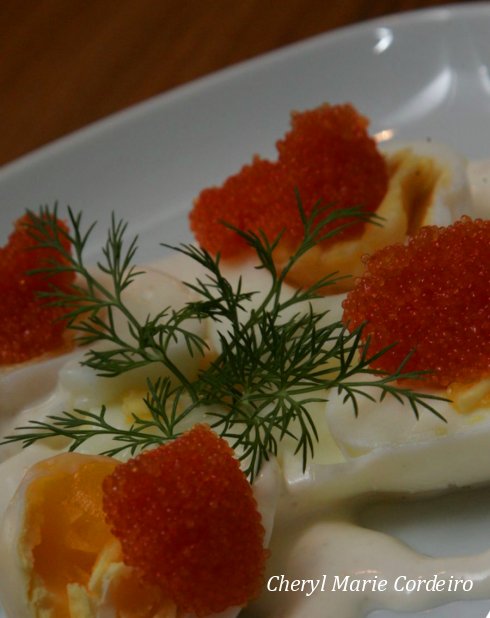 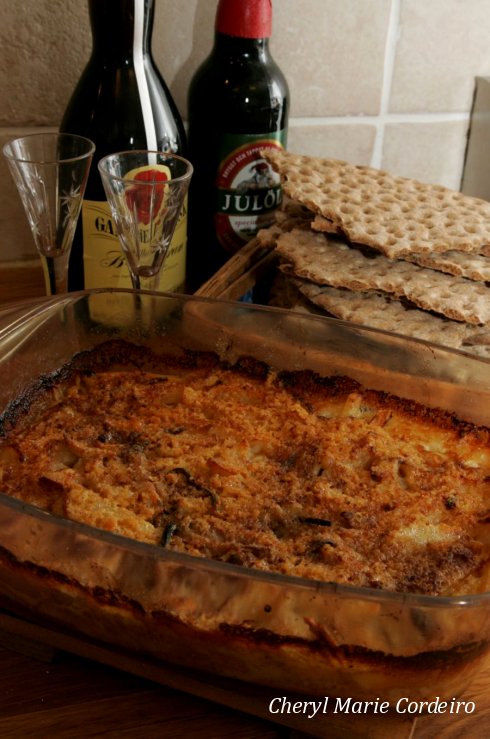 Made of potatoes, onions and Swedish ‘anchovies’ baked in full cream and with a golden crust of butterfried bread crumbs, Janssons Frestelse, is an indispensable staple at the Swedish julbord. In Sweden this is also an appreciated late night party dish that could be prepared well in advance, whose origins date back to the late 1800s in Sweden. 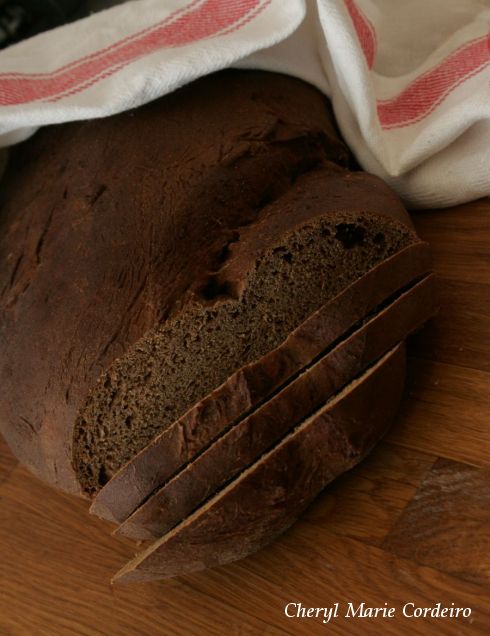 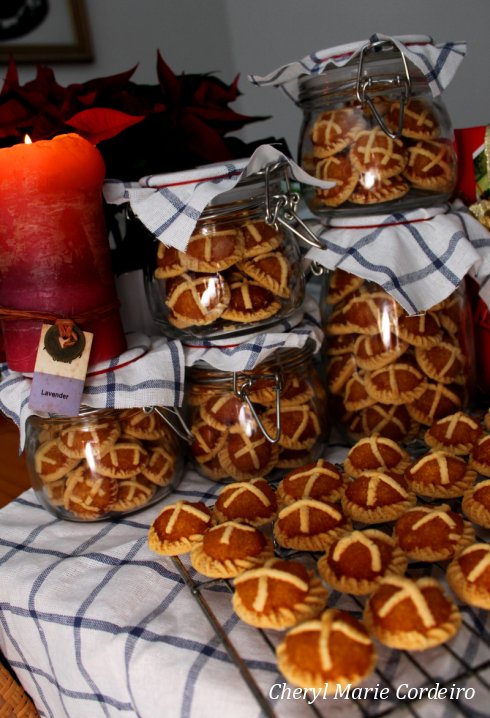 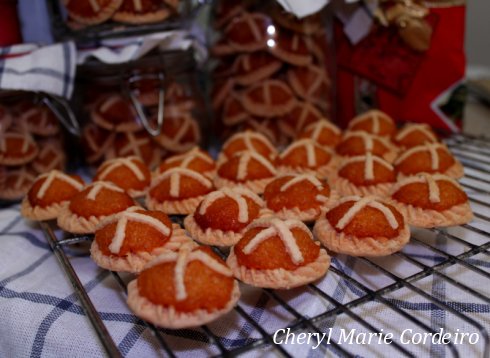 And here’s something that was a challenge to make at home in Sweden, only because pineapples as such isn’t native to the Nordic region and getting good, ripened pineapples is not something so easy to come by in the supermarkets in Sweden. But over in Singapore, fresh, ripe pineapples in all sorts of varieties – those from Indonesia, Malaysia and the Philippines – are all there for the picking. In which case, what we need to do in Singapore is to decide upon the resulting taste of the pineapple jam and whether you should use cloves with cinnamon and honey, or simply cinnamon and sugar, or just cloves and sugar etc. Personally, I would go for small sweet pineapples that make a rich and flavourful jam. 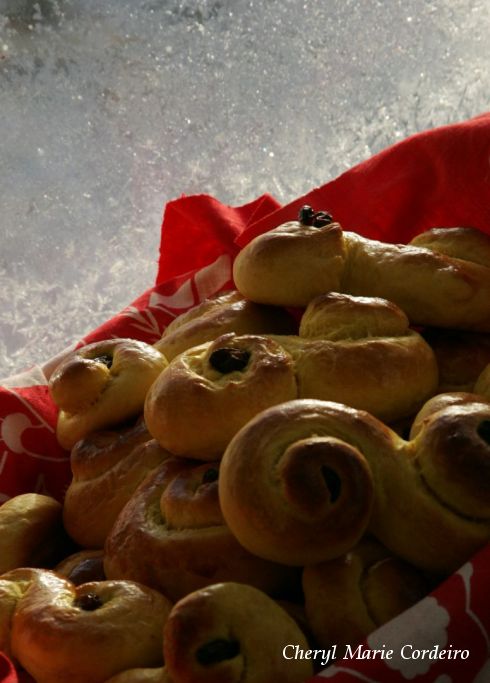 Earlier in the December traditions, at the St Lucia – the Queen of Light – celebration, comes these saffron buns. Here set against a window glistening with subzero indoor temperature ice crystals on the window pane. Romantic, but seriously cold. 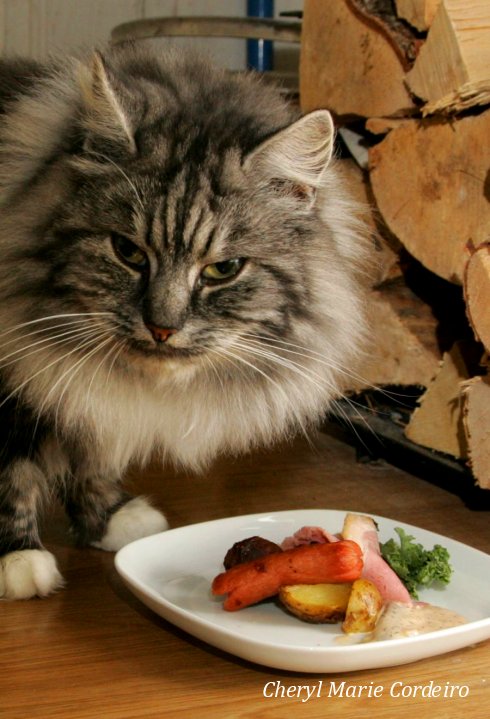 Our Norwegian Forest Cat in full winter regalia, guarding his sample share of the Christmas dishes. And yes, we have not yet figured out his name so we just call him ‘Cat’ which seems to be OK with him.

Standing in as a house Elf in Sweden is our cat, who’s treated to his fair share of the food. He’s more of a meat person, so after going for the sausage, meatballs and ham, he coldly ignored the potatoes and herring even though in the past he has occasionally, probably out of politeness, been found sampling odd things such as bread, potato chips, cucumber and – saffron breads.