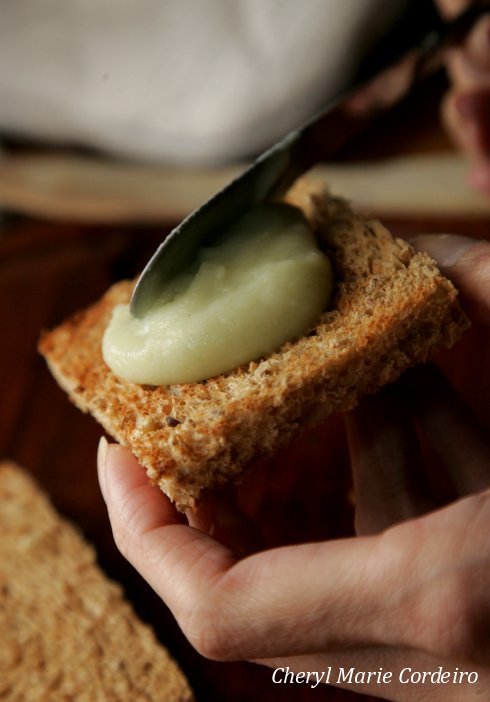 When I was first introduced to this green coloured kaya egg marmalade, generously spread on toasted white bread with butter, I was about three years old. Some time later, my eyes opened towards the brown coloured kaya, made with gula Melaka, a coconut palm sugar that originates from Malacca, Malaysia.

The former version takes its green colour from screwpine or pandan leaves, whilst the latter takes its colour from the caramelized brown of the coconut palm sugar. Untill today, I haven’t decided which I like better. It seems like mood dictates which version comes off the stove when whipping some up for my family. 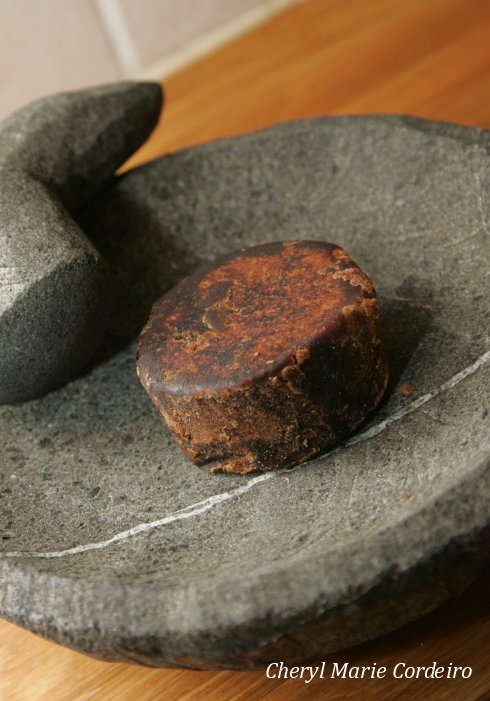 Brown kaya gets its colour from a coconut palm sugar called gula Melakka.

It was from my mother’s side, mostly aunts and cousins who told me stories about their own kaya making adventures. The stories inevitably revolved around methods and how much time it took to make a batch of this marmalade. Apparently, my great-grandmother who was Nonya, “…would make her daughters spend hours on end in the kitchen, stirring up batches of kaya, taking as many as 8 hours of the day in front of the hot charcoal stove”. It was with these horror stories that I grew up, loving the marmalade on toasted bread, but somehow thinking I would never myself make any of it simply because it took too many hours. It took me years to realize that all this was of course a grand hoax for women to convince their husbands of their hard work in the kitchen whilst in reality they most probably spent all day gossiping and playing Chiki!

So this slow process of kaya making that I had so much hoped for, as a form of meditative alternative to hours of research, however, turned out the first myth of the making of it, to be debunked.

The real recipe – no gossip, no Chiki!
A distinct ingredient in Southeast-Asian cooking is the use of coconut and fresh coconut milk in numerous recipes from curries to desserts. But fresh coconut is hardly ever sold in Sweden, not even in the Asian grocery stores, so it’s down to canned coconut milk for my kaya projects. 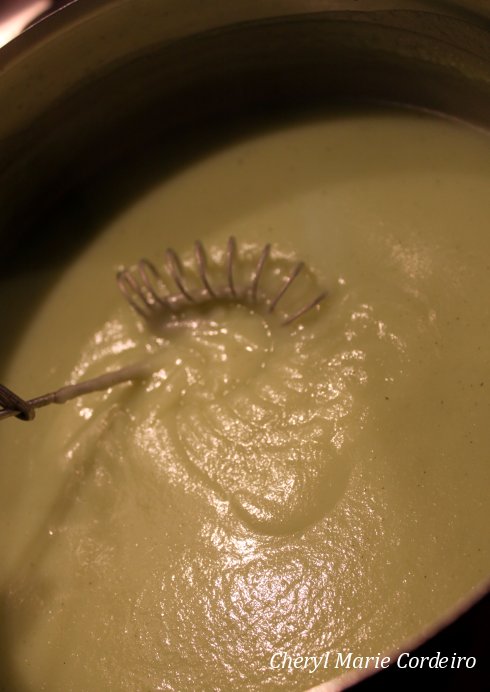 The making of kaya is very close in method to that of the making of custard. Stirred in a pot over low to medium heat, no sieving and double boiling needed.

To make 2 small jars of kaya, I use one can or 400 ml of coconut milk and about 5-6 whole eggs, ca. 270 grams of granulated sugar and about 2 tablespoons of homemade pandan essence from ground pandan leaves bought at the Asian grocery stores here in Sweden. 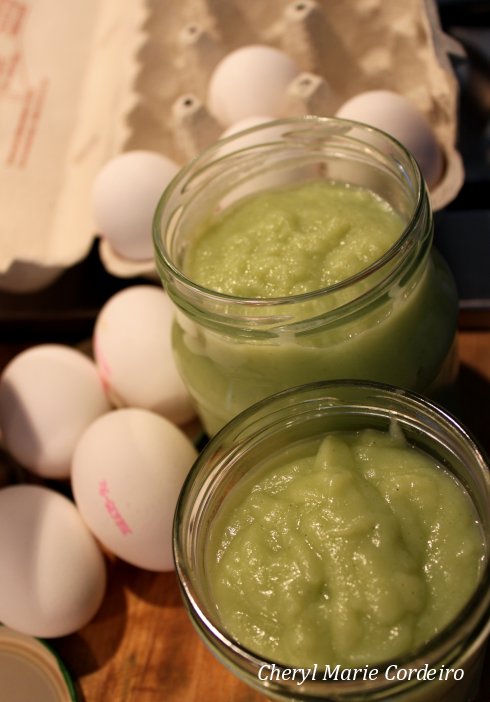 400 ml from one can of coconut milk yields just about two small jars of kaya.

Till today, method is top most discussed when the ladies of the house get together to discuss kaya making. As mentioned, I’ve had a phobia of making this marmalade when growing up, listening to how easily the eggs overcook to produce lumpy kaya, or worse, how easy it is to burn the bottom of the pot, ending up with pandan flavoured scrambled eggs. But today, I find that it’s just as easy to produce a thick, smooth and creamy marmalade, because essentially, kaya is a custard and the method for making the two are extremely close. So what I do is have the pandan leaves or pandan essence, coconut milk and sugar on the stove till hot but not boiling. Have the beaten eggs in another pot, temper the hot coconut milk mixture with the beaten eggs so as not to cook the eggs. Put the whole thing back on low to medium heat and stir till thick and creamy. There’s no need for sieving or blending or double boiling with this method, just pour out the marmalade into jars from the pot and let cool. 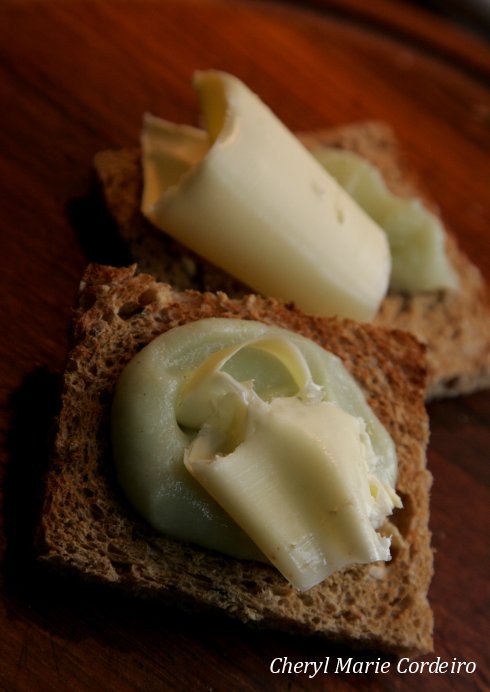 More interesting these days, is what gets discussed over a piece of Kaya toast in the mornings.

But what is more interesting is what gets discussed over a piece of kaya toast in the mornings. In a corner coffeeshop along Siglap Road a few weeks ago in Singapore, a table filled with Caucasians and Singaporeans heartily discussed the real estate market in Singapore, which next upcoming ‘hot spots’ to eye in Singapore, and which lands were most seen as investment potential.

Today in Sweden in a fikapaus over a kaya toast and kaffe, the concepts of ‘management’ versus ‘leadership’. There has been a lot of talk in Sweden these days over strategic leadership, entrepreneurship and the ideologies of young leaders compared to the older generation of Swedish leaders. This led to my thoughts on Ingvar Kamprard’s (founder of Ikea who is now 85 years old) advice to young leaders-to-be, which he summarized in six cogent points:

i. Compensate your shortcomings. People who think they know everything are usually disasters. Personally I have a sea of shortcomings and try to compensate those by choosing skilled co-workers.

iii. Be humble. In your surrounding, there will always be those who know more and who are better than you. Listen and learn. But know that it is always ‘you’ who make the decisions. A group can never have the responsibility, only you yourself.

iv. Enjoy your work, means that all should know that their role in the organization have an important role. Inform carefully and preferably, do it personally.

v. To lead is to motivate and to set a good example. Don’t forget to criticize and begin always with the positive aspects.

vi. Don’t fall asleep at the steering wheel. When things go well, overcome the dangerous feeling of happiness and contentment. Keep working towards your goal. Don’t be afraid to make mistakes. I often fail to do that myself but despite all fiasco, things have turned out pretty well anyway, or perhaps just because of them. ~ 19 January 2011, Metro: 11, translated from Swedish.

Ikea has an annual turnover of 21.5 billion Euro.

Sure, it took me a solid three hours of standing and stirring in a pot of sugar and eggs and about half a litre of coconut milk the first time I made this marmalade, with the marmalade going nowhere.

But from then on, once I had figured out the exact amount of heat to apply to the pot, the preparation and cooking time for this marmalade today is all in all about half an hour. And no, there’s hardly any time to ponder anything at all during this time.

However, afterwards, I find a couple of slices of kaya toasts as useful as ever to complement an interesting talk on the ins and outs of the businesses of today, in Singapore or elsewhere, where we Singaporeans have choosen to plunk down our roots for a new life, and a kopi.