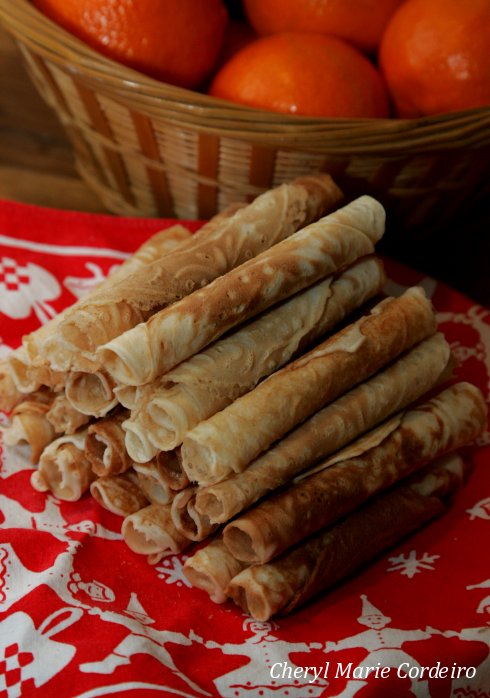 These days mark the celebration of the Chinese Lunar New Year, beginning on 3 February 2010 and the day before would be when most Chinese families come together for a large family reunion dinner. My mother’s preference is for a family reunion dinner over “steamboat” or fondue chinoise as it is known in the west, with homemade sambal belachan chili, a variety of sambal belachan laced with a little bit of garlic in which you’d dip almost all food items that come out of the steamy broth before eating. The beauty of the steamboat meal is that the broth is simmering throughout, so you could spend several hours over a dinner that is constantly warm and with freshly cooked food.

Apart from the Lunar New Year’s reunion dinner, there comes with this festivity in my family several signature cakes and cookies that include pineapple tarts, kueh bahulu, kueh bangkit and as below kueh kapit or “Love Letters”. 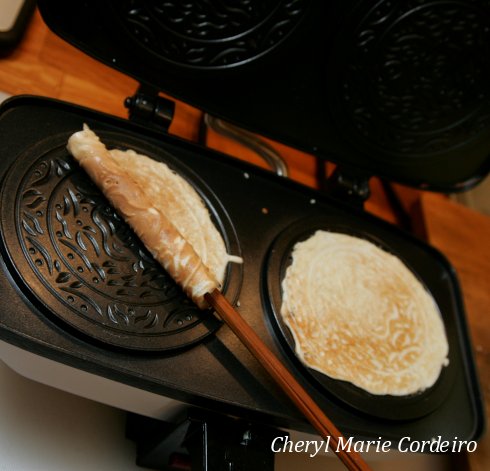 A modern teflon coated mould for Love Letters or Kuih Kapit. The word ‘kapit’ is from the Malay language, meaning ‘to pinch’.

These rolled crispy egg biscuits are native to the Malayan Peninsula that included Singapore in the early 1900s. They are made by basic ingredients found in the region such as coconut milk, eggs, rice flour, wheat flour and sugar. Some early recipes might have even called for dry frying the flour in screwpine or pandan leaves to render a lovely smell to rolled or folded crispy biscuits. 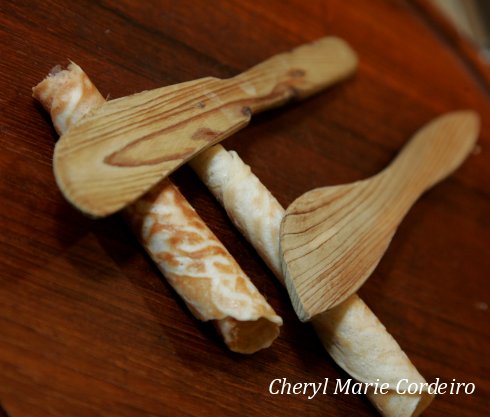 A newly baked “Love Letter” needs a few seconds to harden. We found that a few traditional Swedish wood butter knives provided just the right weight to keep the letters from unfolding.

A quick browse through several Swedish cookbooks reveals that there exists similar looking rolled crispy biscuits called rullrån, with a recipe that uses plain flour, butter, vanilla essence, water and sugar. The Swedish version would produce thin waffles similar to the cones usually holding ice-cream. Thus the serving of this Chinese version to Swedish friends at this time of the year was met with a certain curiosity, and a surprise that a variant of their rullrån was made in Southeast-Asia, using coconut milk and rice flour.

Growing up in Singapore, I believe I’ve only ever witnessed once, a neighbour of mine making these over an open flamed charcoal grill with cast iron moulds, where about six to eight moulds would stand on the hot grill. And I’ve only also ever tried to make these once, over an open flamed charcoal grill with my mother when I was very young, which meant that it was she who did most of the work, as the activity of making these crispy biscuits were not too child friendly, the most common thing to happen during the making of these is the persistent burning of the fingers in the rolling process.

A search on the Internet for similar recipes turned out a lot of rubbish information of secret recipes and very complicated processes which more than anything told a story about a younger generation that would not ever want to make these crispy biscuits again. My lot on the other hand when growing up, was mostly to eat the failed ones (destroying the evidence) while I can understand that many other children would have needed to fold and roll these piping hot small cakes with burns and blisters as their sole reward.

For this batch, I used a modern teflon coated baking iron that is today easily bought from any electric store in Singapore or even in Sweden. To make my batter *) I used

*) This rendered about 160 Love Letters.

Chef’s tip: There isn’t a need to butter the moulds as the fat from the coconut milk more than suffices in the teflon coated moulds. The baking time with our batter was about two minutes. The harder you press the iron together, the shorter the baking time – and thinner the crisp. If you are into mass production, you could actually just buy a few more of these electric irons. 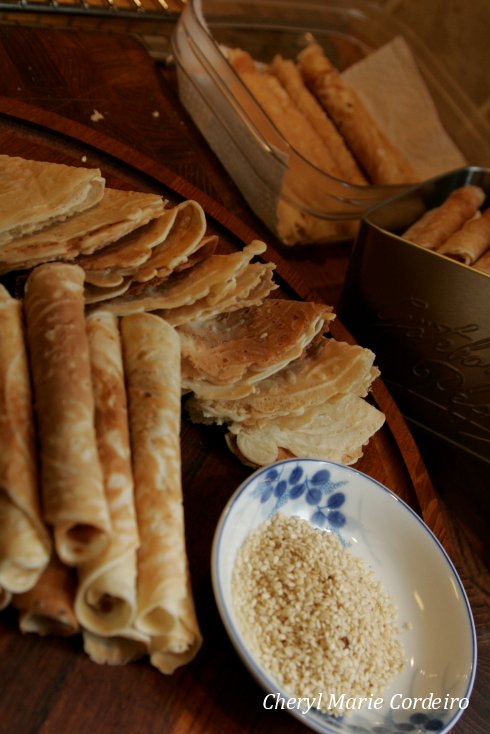 All ingredients were combined to form a batter. The process was to first whisk egg and sugar together to a soft foam, then add coconut milk, and then finally stir in the flour until you have a nice batter, similar to ordinary crepe, pancake or waffle batter. To each crisp I also added some sesame seeds onto the mold when frying as I find the flavour of the seeds enhances and complements the flavour from the coconut milk. Water can be added periodically into the batter if and as when the batter thickens too much over time while making the rolls. 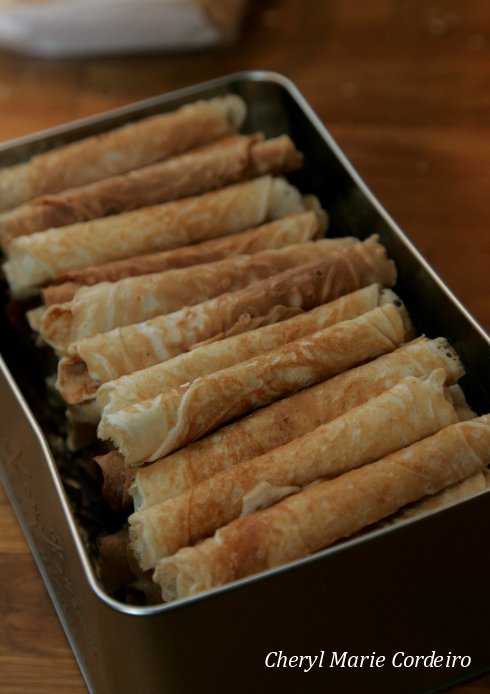 These Love Letters sit pretty in tins. In Singapore, I believe most would still keep their homemade Love Letters in Milo cans, and bring them out come gatherings at Chinese New Year.

Using the modern mould as I found out, isn’t all that friendly either, with the possibility of burning your fingers from the quick rolling of these crispy egg biscuits still there. Once made however, they are perfectly enjoyable on their own, with coffee or accompanying a scoop of ice-cream of your choice.

Gong Xi Fa Cai! And a very prosperous Year of the Rabbit!