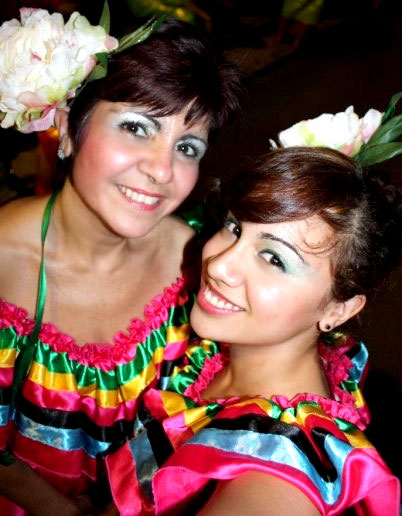 The logo on the left will bring you to the official Chingay Singapore 2009 website where you can purchase tickets to the event.

Chingay, one of Singapore’s most colourful annual street carnival is about to take place on 30th and 31st January, so I thought I’d share with you some pictures from pre-Chingay to whet your appetites before the real blast off of a show!

Having its roots in Penang, Malaysia and then moving south in celebrations to Johor and Singapore, Chingay, which is the Hokkien word for “the art of costume and masquerade”, originated as a simple procession of floats.

As a child, I remember having witnessed these floats, which were usually large vehicles, lorries or trucks that were colourfully decked with lights and transformed into mini-stages of sorts for those performing in them. Each float told a different story and had different accompanying music.

The first Chingay parade was launched in Singapore in 1973, and it was so well received by Singaporeans that it became an annual event. The parade didn’t always have a fixed location, with the procession touring diffrent housing estates annually. But since 1985, the permanent venue for the event is at Orchard Road which allows for tourists and Singaporeans alike to join in the festivities.

I loved Chingay as a child, and today, Chingay 2009 in Singapore is bigger than ever with invites to international performers and costumes so splendidly colourful! 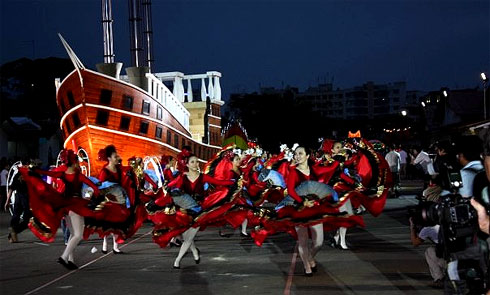 Dancers from Sylvia McCully’s dance school who form part of the EA dance troupe for this event, in front of a Portuguese Carrack. Photo: Courtesy of Sarah Conceicao

Perhaps more fun than watching the show is performing and being a part of it. This year, the Eurasian Association (EA) of Singapore has joined forces with Cedar Girls and Sylvia McCully’s dancers to form their troupe for Chingay 2009. The atmosphere is electric and the excitement is in the air for the performers! 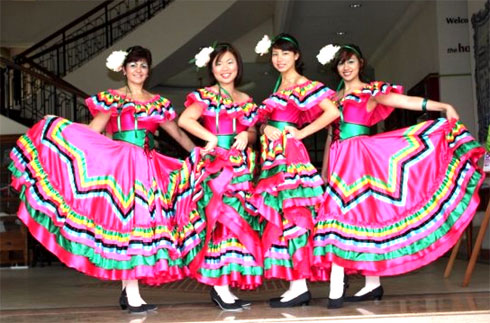 Then came Chingay. My mum was actually in it last year, so this year I got my chance. There was no way I was going to give up the opportunity.

I also joined mainly because of the people that I’d meet along the way, full dress rehearsals and all…everyone has been really friendly throughout the whole process.

Its been alot of hard work. But its alot of fun. 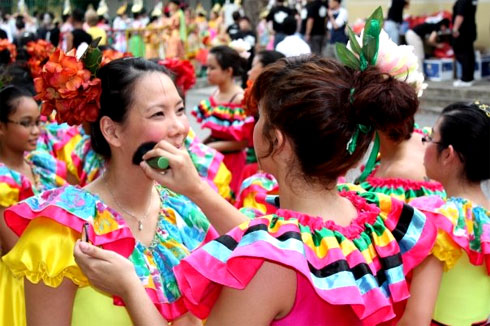 Behind the scenes: putting on make-up in preparation for the full dress rehearsal of Chingay 2009. Photo: Courtesy of Sarah Conceicao.

Practice for the event began in November 2008 with vividly alluring costumes specially designed by Debra De Cotta for the EA dance troupe. You can catch the EA dancers on a stage on the City Hall steps, on 30th and 31st January, 2009. 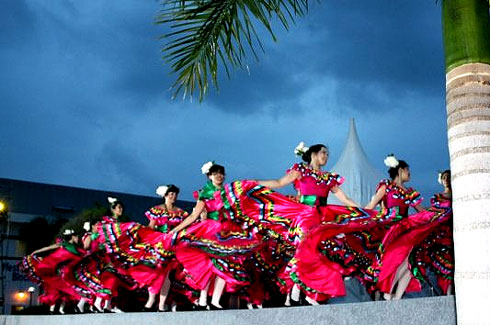 The dance to be performed at Chingay by the EA dance troupe is choreographed by Sylvia McCully. Photo: Courtesy of Sarah Conceicao. 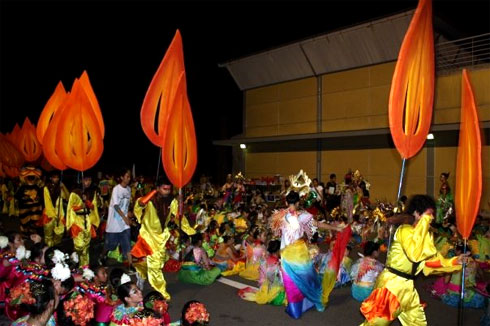 Some members of the 4,000 strong performers at Chingay 2009. Photo: Courtesy of Sarah Conceicao.

If you’re planning to be at Chingay 2009, you can expect 13 Floats with 4000 performers from 40 local organisations. Cultural groups from 8 different countries such as India, Philippines, Thailand, South Korea and China will also be part of this event.

There are after parties too at this year’s Chingay celebrations and the locations for the various parties / events can be found at the official website.

I think one can expect to have an absolutely smashing time at Chingay 2009!