I got this email from John Wocher this morning and thought I’d like to share it. John is long time family friend. In times of great catastrophies such as these, I can’t help but reflect how the decisions we make, define who we are. 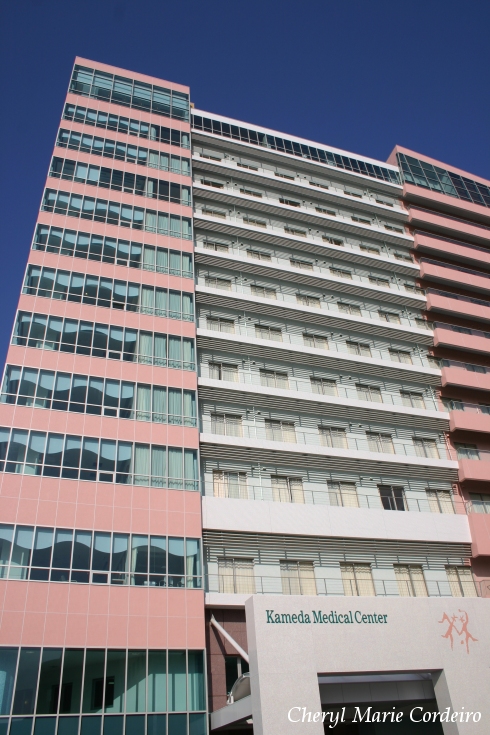 From John
Good Morning – May be sporadically on the forum, maybe not…

Everyone knows that on Friday at 3:29 Japan suffered a massive earthquake which now has been revised as a magnitude 9.0 quake. Here on Monday morning, the full devastation has been the subject of major news worldwide and it is horrific. An hour ago, another nuclear reactor explosion.

At the moment of the quake, I was at my desk on the seventh floor of a 35 year old hospital building which was not build to current seismic standards. As this is written, I can hear the pile drivers outside my window as the scheduled replacement building is being erected. My building is slated for demolishment, hopefully by controlled means, but on Friday, I was not sure. We are a 1000 bed medical center, had slightly over 800 patients in the hospital and perhaps 1200+ outpatients in an adjacent building. At mid afternoon, there were probably more than 2000 visitors in the inpatient towers and a full staff of 2000+ employees at work. The quake started small as so many do, usually subsiding in a minute or less. This one built in intensity and lasted for three or four minutes. The building creaked and moaned, light fixtures swayed and windows rattled. In 20 years here, having experienced many tremors, this was the first time I was scared. We are 300km south of the epicenter, 80km south of Tokyo directly on the Pacific coast in a town called Kamogawa. Most of the staff in my building hurriedly walked across a connecting bridge to a safer building. As soon as the swaying was over, there was a nationwide alert for tsunami along the Pacific coast of Japan including my location. Big tremor (magnitude 6.4 just now) and I and I just returned from walking across the bridge to a safer building. This may happen frequently today and we are three days post first quake.

After initial quake and tsunami warning, we began moving ambulatory patients laterally to two buildings that are at current seismic standards, moving them to floors above the second floor, but not much higher due to aftershock concern. Above the second floor due to tsunami concern. My medical center is only 50 meters from the pacific ocean. Overhead announcements were made in all buildings asking staff to assist outpatients and visitors to locations above the second floor in our two safest building. This was orderly and not problematic. Tsunami was predicted within 30 minutes at my location so there was ample time to clear lower floors in all buildings. Tsunami was predicted at 1 meter in my location but was actually much lower, resembling high tide rather than a tsunami. We watched the ocean in front of us carefully, everyone quite apprehensive. Once the danger, at least for the time being was over, we continued to look at further contingency planning. Several teams were formed as 24/7 working groups. One was to give support to staff who had relatives in the quake affected areas. We also had medical supply inventory and placed additional orders thinking that transportation will be interrupted and not all roads/rail line are operating even today. All staff are asked to bring in bag lunches from home to ease the burden of food preparation staff which have patient food as a priority. We have contingency canned and dried food and stable flow through water supply, but renal dialysis patients are at great risk in the short term as well as respirator dependent patients and those who cannot be moved or cannot be easily moved. We have not had to dip into emergency rations.

Our disaster plan calls for the setting up of a contingency team in our safest building and that was staffed rapidly. We use low power PHS phones, which only within the building on an internal network. That was important, as cell phones were overloaded with callers calling loved ones. Internal communications have remained very stable. Even today, cell phone use is not stable. We have a process that is fairly rapid in which each ward calls into our central contingency team to report on status of patients and within a hour or so we had that information including the numbers considered ambulatory on their own or ambulatory with assistance/wheelchair. We have had numerous aftershocks, but only a few severe here, and we are somewhat settled back to where we were on Friday, ready to implement vertical and lateral evacuation of patients again if the situation dictates. Engineering staff walked every floor in every building looking for any structural damage. We had none. We do not want to move patients outdoors where the risk is considered greater due to weather and tsunami possibility. Most fortunately, during this time we had completely intact buildings and interruption of electricity or water. We have co-generation so can be self contained if we lose commercial power, but with a magnitude 9.0 quake and a 10 meter tsunami possibility, all bets are off. Had that happened here in our location, we would have lost the medical center without a doubt with great loss of life and property.

Several things could have been worse, believe it or not. It occurred during the day where announcement to move to higher ground could be heard and many television sets were on with the word travelling fast. There was some time between quake and prediction of tsunami – never enough, but we had perhaps 30 minutes with areas affected having less. Reporting in Japan is lightening fast and accurate. Night quake with tsunami is very, very bad. People asleep and TVs off, but electricity was disrupted in many areas due to quake. Weather is cold in the affected areas, but it was not the dead of winter although many areas still had snow. What was bad was that high ground in many affected areas was quite far. Children were in school – that is a major dilemma in getting groups evacuated to high ground quickly, particularly if ground transportation is hampered by quake compromised exits. This affects ambulance service, which as expected, was disabled or overwhelmed. There is a gasoline restriction in effect now so topping off emergency vehicles only was done. We have restricted power times in the community, with two four hour power shutoffs per day announced this morning. My hospital got an exemption and we will remain on the grid unless there is an unforeseen circumstance and if so, we will shift to co-generated power which will allow us to remain operational. All unnecessary lighting is off in all administrative spaces and in many other areas to conserve energy.

As you might know, there have been two explosions in one of our nuclear power plants in Fukushima and another reactor in trouble. There have been refinery fires as well, so everyone is doing their part to save energy. Big concern is reactor meltdowns which will be catastrophic. We offered our medical services to the USS Ronald Reagan and other U. S. Navy ships here or steaming in this direction if they want bilingual physicians and medical interpreters to coordinate helicopter transfer to hospitals standing by to assist. I told military representatives that we have a 100+ bed capability but basically would accept patients 24/7 if they can be airlifted to my 24/7 heliport. To date, we have not received any casualties. Unfortunately, in this perfect storm combination of a magnitude 9.0 quake and a up to 10 meter tsunami, most persons lost or unaccounted for will not be casualties, but will be part of recovery operations as we are almost 72 hours post tsunami. Ariel photos show no life in some areas where entire towns have disappeared. Waters have yet to recede. News is reporting 2000+ bodies found in Miyagi prefecture just this morning. This figure is expected to top 10,000 very shortly as waters recede.

We are very, very lucky not to have sustained any structural damage in spite of the quake strength since epicenter was not close and not to have experienced a tsunami. Our fingers are crossed, so to speak, that aftershocks will cease and no further quake/tsunami damage will occur and that the nuclear reactor conditions can be resolved. This is a lot to think about. Recovery and clean up are unimaginable at this point. 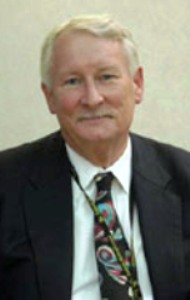 John Wocher is the Executive Vice President for Administration at the Kameda Medical Center in Japan, where he has been since 1991. The Kameda Medical Center is an 858 bed private teaching hospital, with a freestanding ambulatory care center which averages more than 2500 outpatient visits per day. John Wocher is the author of numerous articles on Japan’s healthcare system and has written two books, translated into Japanese. The first, published in 2000, entitled “Nippon no Byoin”, was a patient’s guide to hospitalization in Japan, published by Nikkei Book Publishing Company; the second book was published in 2003 in Korea, entitled “Patient Safety Guide to Hospitalization”.