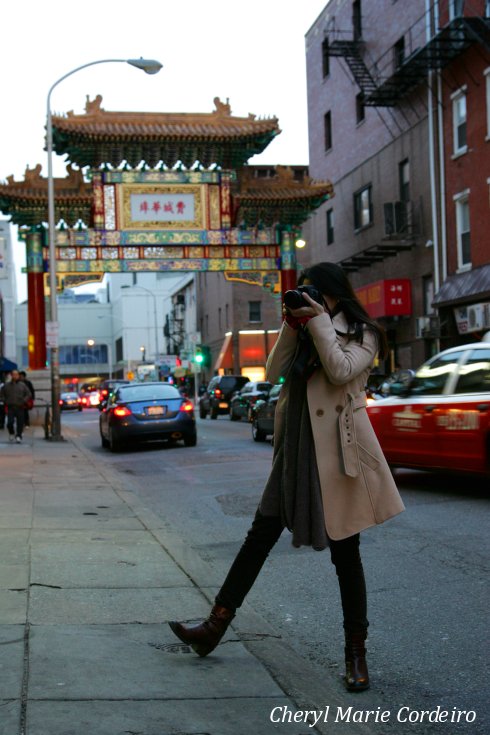 In Chinatown, just outside the restaurant Penang in Philadelphia, USA. It was colder than usual for this time of year in Philly with temperatures hovering around 0C. In this picture on me, a beige wool coat from Patrizia Pepe, a mole coloured wool knitted scarf by Isabel Benenato, both Italian designers. Brown denim jeans from Warehouse, a deep pink wool sweater by Karen Millen. Boots are from Clarks.
J E Nilsson and C M Cordeiro-Nilsson © 2011

Cherry blossoms were supposed to be in full bloom during this time of year that is end of March in Philadelphia, USA. In fact, Washington DC is right now celebrating its Cherry Blossom Festival, but where I was in Philadelphia, it was chillier than usual with temperatures hovering between -3C and 3C. 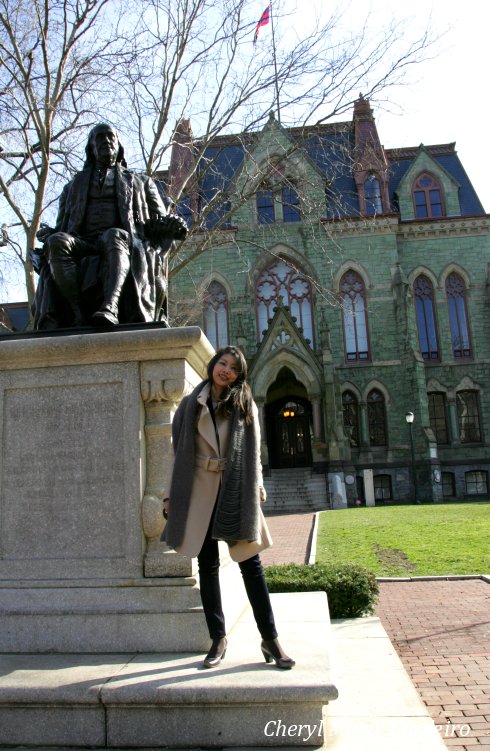 The University of Pennsylvania or UPenn has got remarkably beautiful grounds. In fact, their school’s Quad is featured in the movie Transformers: Revenge of the Fallen, 2009.

I was in Philadelphia on conference as one of several invited speakers, to be part of a panel discussion on Singaporeans living and working abroad. The conference was held at Wharton, University of Pennsylvania, where I thought the univeristy grounds were breathtakingly beautiful, despite the chill.

Philadelphia warms my heart. And I’ll be back in short, with why.

One thought on “Postcards from Philadelphia, USA”