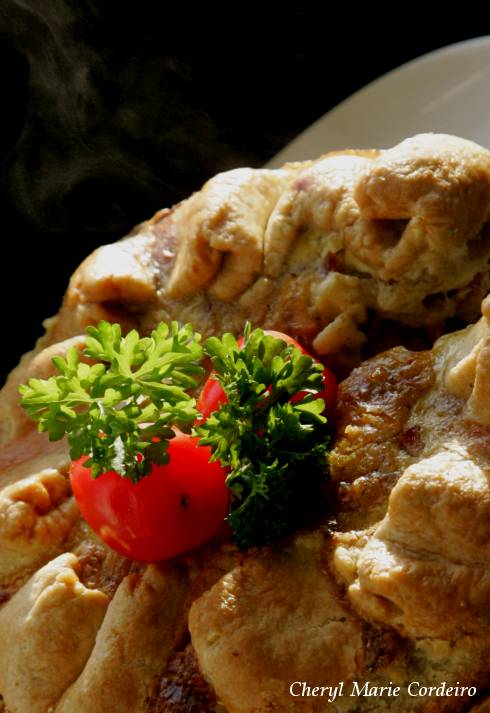 It was an article in the New York Times that I came across Pizza Rustica. I’ve always been a fan of quiche, so I could not stop myself from trying my hands at creating a version of this typical Italian Easter dish. There are so many things that seem more fun when the sun finally arrives back after a long cold winter up here in the North of Europe. Cooking is one of them. 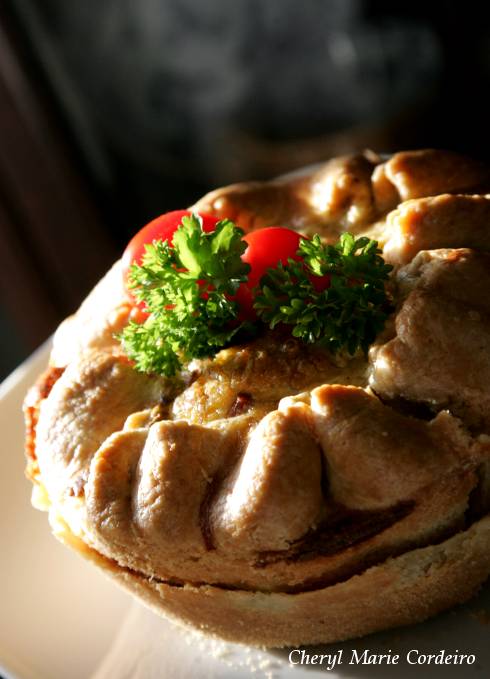 The height is created by the eggs in the filling

Unlike the more common flat pizzas, Pizza Rustica resembles a pie or a quiche, filled with cheeses and meats only covered with a lid. It being a festive dish, it shares similar characteristics to the Eurasian Sugee Cake (also festive) even if only in that you’re likely to find each region and household having a recipe of their own. So you might never find two Pizza Rusticas (or Sugees) that taste alike, and the fun of it all is to go around trying different versions of it. 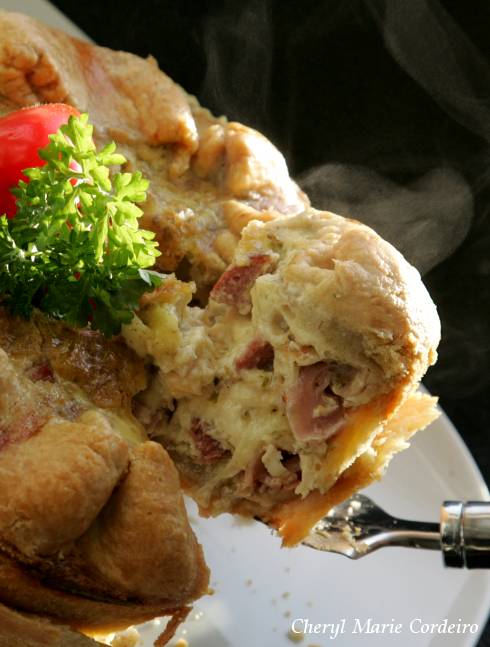 Nice and juicy. Some versions I have seen are firmer. This depends mostly on the amount of ricotta (cottage cheese) you choose to use.

This dish calls for a combination of three different types of cheeses (some recipes even use six different cheeses) that might include ricotta, mozzarella, the southern Italian provolone, and the hard, salty and sharp Romano cheese combined with different meats such as sausages, salami, and prosciutto. One could also use mortadella and the drier soppressata instead of the sausage and salami. The ingredients are then baked within a pie dough crust and covering. The dough may be either pastry dough without sugar or yeast dough, both of which encase a savory filling of meats and cheeses. 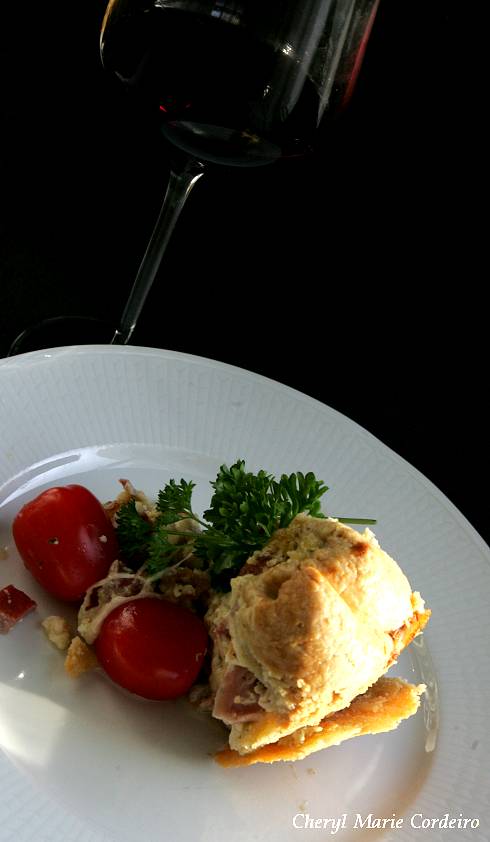 A glass of Paolo Leo’s Primitivo di Manduria 2008 got along nicely with this dish.

The variety of cheeses and meats that go into this dish calls to mind another Eurasian favourite dish of mine, Curry Feng, that is usually eaten after Christmas, when the leftovers are thrown into a heavy pot and made into a savoury curry dish that is usually eaten with bread. Though of course, Feng looks nothing at all like Pizza Rustica, though I’m sure Feng would do well baked in pie crust too – perhaps a next baking exploration?