The ham sandwich, generations down from Eliza Leslie’s 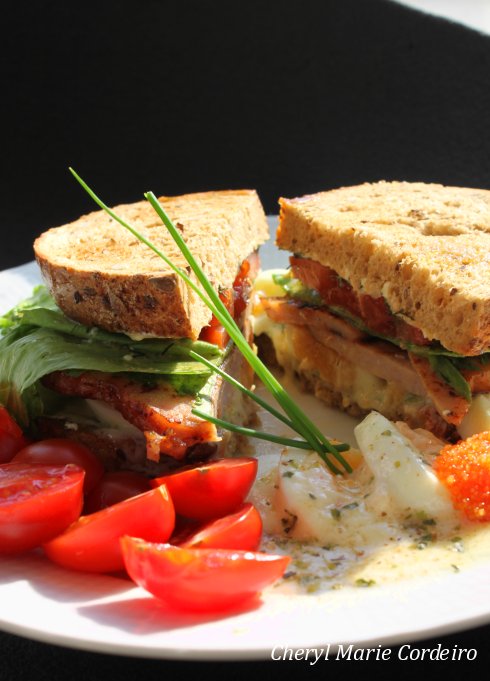 Sandwiches were never at the top of my list of wonderful things to eat, perhaps because I grew up in Singapore associating it with school excursions and picnic food. Sandwiches were packed and brought along wrapped in tin foil or placed in Tupperware only because you were going to eat on the school bus that day. What we’d end up with halfway through the scorching day-trip would be a cold and soggy thinginabox for lunch. Not too appetizing and certainly not something you’d voluntarily order on a plate, for any substantial meal.

Though notably English in etymology with the Earl of Sandwich giving a name to the concept of eating meat on top of bread and butter, it was the American culture that distinctly drew my focus on the sandwich as a meal per se. For example, I completely enjoy the segment on A Sandwich a Day in Serious Eats, looking forward to new pictures of sandwiches posted from different parts of the USA every other day. It’s never boring. 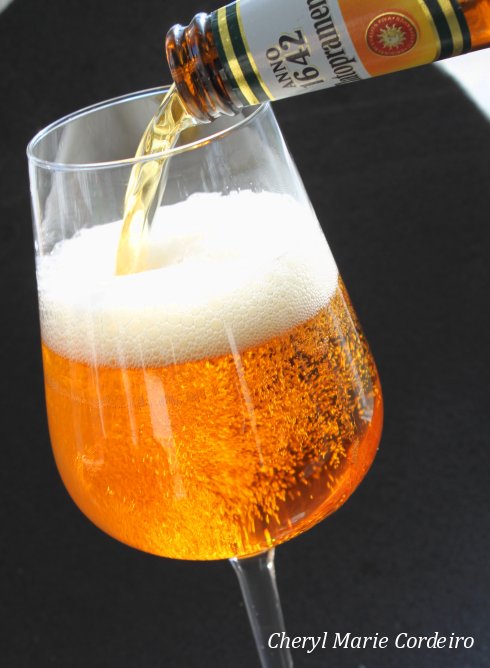 …with a tall ice-cold beer.

It was as early as 1837 in the USA that Eliza Leslie’s Miss Leslie’s Complete Cookery: Directions for Cookery bible of a cookbook with over 500 pages, documented recipes for ham sandwiches, giving it a public face in America. By 1920s, parents were packing sandwiches for their children’s lunch boxes in the USA, the most popular combination of filling being egg and ham – which is exactly what is shown here in this post, in some variation.

The ham used in this sandwich however, has German origins known as kassler. Named after a famous charcuterier, Cassel from Berlin in the 1800s, kasslers are salted and smoked pork loin chops. Sold quite widely in Swedish grocery stores, they make for quick, convenient meals, where you can have them in almost anything from sliced and diced in pasta to baked in pies and gratängs, or with a side of potato salad.

The combination of this easy dish of kassler with hard boiled eggs and homemade mayonnaise while admittedly not genius, this basic breakfast concept works.

Coupled with a tall glass of golden brew, one could take all of 10 minutes contemplating life before heading off to the next project for the day. Sandwiches – still convenient and on the go food, but – these days I’ve started to appreciate them as an art form.