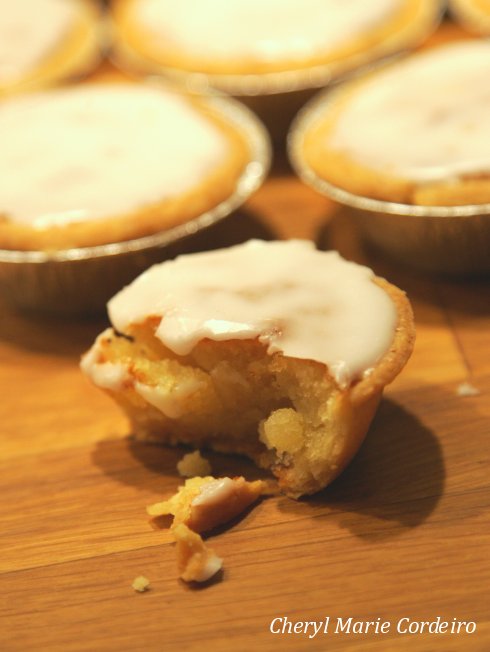 In Sweden, you’ll recognize Mazariner as oval shaped tarts topped with a white icing glaze. A variation of it has raspberry jam either in the tart or on top of it.
Photo: J E Nilsson and C M Cordeiro-Nilsson © 2011

These Swedish Almond Tarts, called Mazariner (Mazarin for singular) are possibly 400 years old cousins and variations of the Italian crosata di mandorle or torta di mandorle. Their heritage is apparent in their etymology, named after the Italian-French cardinal and politician, Giulio Raimondo Mazzarino or Jules Mazarin (1602-1661). He was born in southern Italy and raised in Rome. Apart from suceeding the powerful Cardinal Richelieu, Cardinal Mazarin was a food lover who together with Anne of Austria (Queen of France, 1615), with whom he had good relations with, was one of the few Italians who widely promoted pasta throughout France. It’s thus little surprising that these almond tarts who have his name to it, found their way in variations across Europe, seeing that Cardinal Jules was Chief Minister of France at the time with numerous foreign relations. 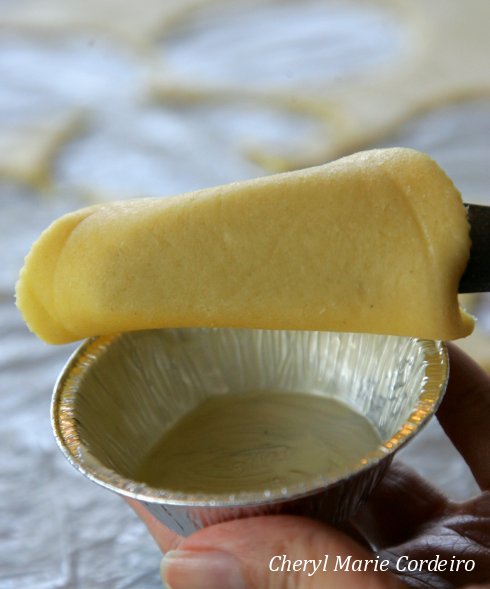 You can choose to press and pinch the dough in place, or as I did here, roll and cut to place into the tart form.

My first encounter with an oval shaped Mazarin left much to be desired in terms of the experience. I was sitting in a ferry on my way out to the southern archipelago of Gothenburg, and having coffee and cake on the ferry proved a routine at the time. I most of all wondered what was so grand about this piece of oval cake that tasted monotonous through its bite? For a piece of cake that sparked no fireworks to the palate, I wondered what inherent qualities did this thing have for it to become such a favourite with the Swedes? I concluded that it was possibly a long standing tradition of the Swedes, Mazariner, possibly from the 1940s tea-time traditions and the Swedish love for all things lagom that made this mundane morsel such a hit, and left the topic as such. 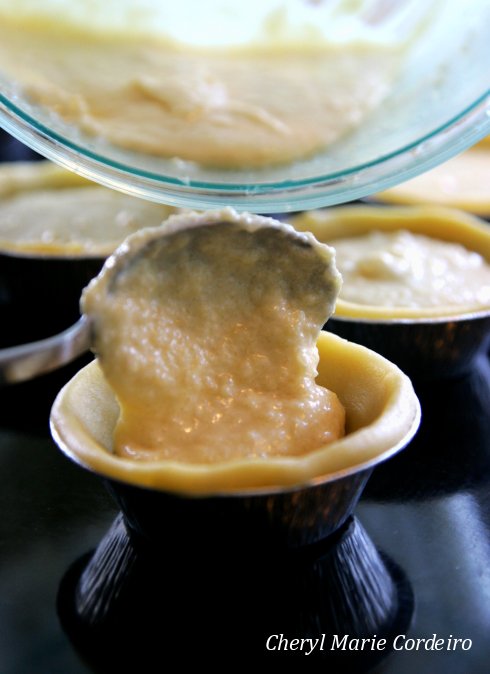 The pastry shells are filled with a sweet ground almond paste.

But after several encounters with the Mazarin as part of many coffee sessions through the years, my curiosity piqued. I found out that it wasn’t in fact a piece of cake at all but rather a ‘cake filling’ baked in a pastry shell. Several more encounters with the tart and more discussions over the Mazarin revealed that it was in fact, not a cake filling at all, but a ground almond filling that was like marzipan, but not quite marzipan either. Fika conversations also revealed that quite a few Swedes thought Mazariner to be complicated to bake at home. 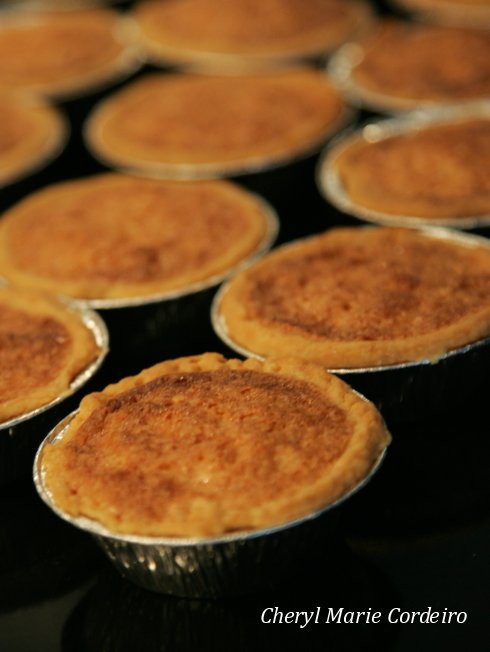 The tarts should come out golden brown and crisp on top. A hue that reminded me a lot of the Eurasian Almond Sugee Cake – a relative no doubt, of the Italian torta di mandorle and now, Swedish Mazarin?

By this time, I literally had to find out how a Mazarin was actually made and what went into the filling for it to have reached cult status of coffee cakes in the Swedish fika.

And I wasn’t disappointed. 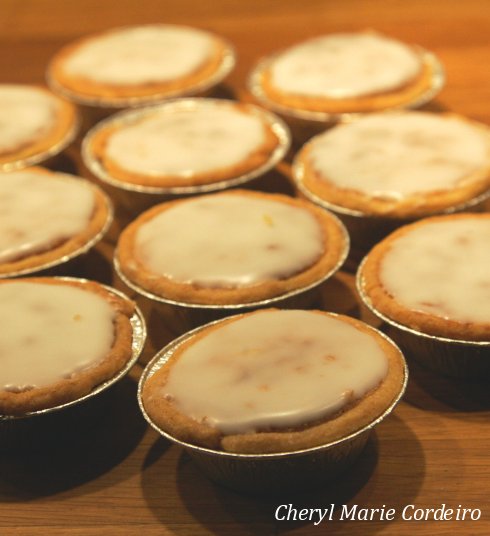 The Mazarin is topped with plain white icing sugar, in simple Scandinavian minimalism in design, even on the culinary scene.

Today, I realize that most of my favourite Swedish desserts involve ground almonds with butter and sugar, in some form or another – the Semla, Karuselltårta, gifflar med mandelmassa – basically anything with almond butter or the likes of marzipan in it, with the homebaked Marzarin as my heart’s prize winner. 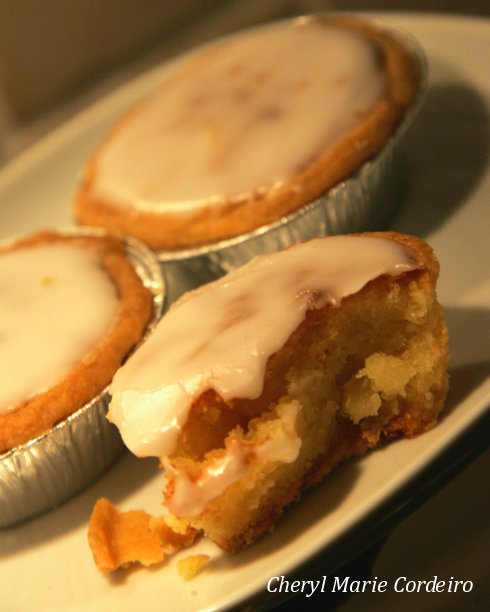 The perfect crumble that sparks fireworks in the palate!

The Swedes are more than happy to share their love of Marzariner and there are many reliable recipes on the internet on how to put these almond tarts together. It isn’t a complicated process as some would have you believe, but rather, you’ll need a little patience in going through the motions of making this tart in several steps, beginning with the pastry. Here’s what you’ll need:

Begin with making the pastry dough. These days, a blender would be fastest. Drop all ingredients into the blender and blend. Take out of the blender and knead the dough lightly till it comes together. Refrigerate for at least 15 minutes before use. While the dough is in the refrigerator, get to work on the almond filling…

Blanch and peel the almonds. Grind with butter, sugar, eggs and almond essence. Set aside, ready for use in the tarts.

By the time the almonds are ground and ready in the form of a paste, you can grab the pastry from the fridge and roll out the dough for cutting and placing in the aluminum tart shells. Some recommend you to simply press and pinch the dough into the aluminum tart forms but I went for rolling and cutting for a neater look. The pleasure of home cooking is that you can do whichever makes you gladest!

Fill the tart shells with the ground almond paste and then bake in the oven at 175C for ca. 15 minutes or till the tops turn a crisp golden brown. Wait till the tarts cool to top them with an icing glaze.

I finally understood why, with the homebaked versions, these almond tarts made it to cult fika status in Sweden. Having a much longer history than just the early 1900s, crossing continents in culinary exchanges, call them what you want – Mazariner, Almond Tarts, Crostata di Mandorle, Sugee Tart – these decadent fika bits are heaven in a bite, with a distinct contrast in bite between the pastry crust, the almond filled middle and the thin icing glaze!

A complementing drink to the Mazarin? Going back to its roots, the equally decadent, caffè con panna.