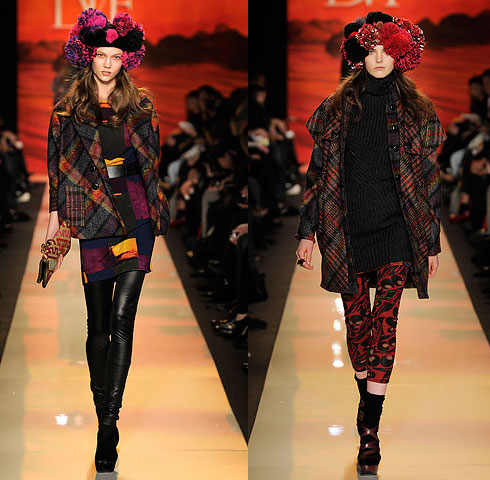 I think attitude plays an important role in one’s life and a myriad of reactions from different individuals can arise from a single event or happening. In these bleak and troubled times in the fashion industry as reported by The New York Times, many collections out there will reflect the sub-conscious thoughts of the designers and people in the industry. Whether one is optimistic or pessimistic, hopeful or not for the times, it’s all depicted and seen in the AW RTW 2009 collections.

The review for Vera Wang’s autumn / winter 2009 collection by Nicole Phelps says alot about what’s currently on the perhaps worried mind of the designer herself. And my guess is that Marc Jacob’s AW 2009 “big, juicy nostalgic kiss to a city that doesn’t really exist anymore” (Phelps in Style.com) in the 1980s is a tad more than just because Jacobs “..was thinking about the good old days in New York,…when getting dressed up was such a joy.” The fashion of the ’80s was punk, grunge and rebellious with Billy Idol and David Bowie as mainstream music artists. And that ’80s outrage, that feeling of getting ‘out there’ and being able to do just as you please – isn’t that what some of us are feeling at this moment, resenting the root cause of the financial crisis? Marc Jacobs’ collection speaks volumes on this point with big hair, strong shoulders, loud colours and lots of attitude. Strong shoulders for a tougher look is also a common theme for AW 2009 (see AW 2009 RTW from Julian Louie, Richard Chai and Zac Posen for examples) and it’s what I see as a metaphor for standing strong, tall and resilient to the times. We need our strength and space and larger shoulders gives us just that.

Thus, a collection that I’m totally enjoying for AW 2009 is from Diane von Furstenberg. Her theme was Nomad with a bohemic mix of materials in relaxed drapey designs (though different from Donna Karan). It’s a totally cool and somewhat light hearted approach to the times that tells you to kick back and go with the flow, have a little fun while you’re at it! 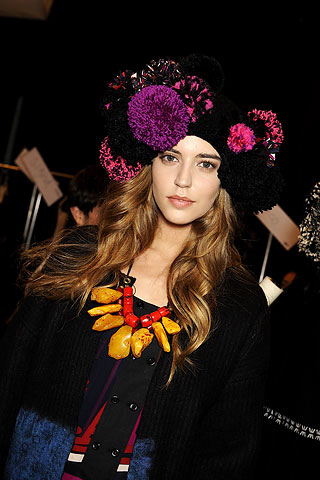 From the DVF collection, I’m loving the mixture of prints and the tartan checked jackets / coats that one can so casually toss over the shoulders, school-girl style. I’m also loving the bobbled hats with a touch of humour in fuschia, grey and black.

I think one way of keeping afloat during these times is to ride with it in positive thoughts and positive energy! And I’d want to be wearing clothes that signal just that. 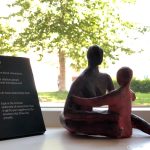 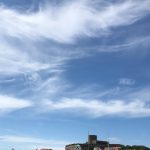 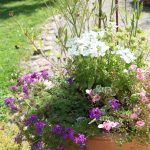