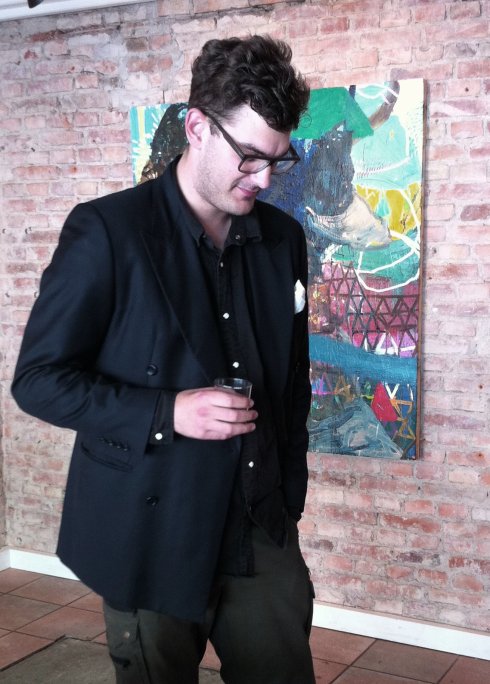 Whilst the city of Gothenburg was out in full force today concentrating on its physical wellness through is popular 21km marathon GöteborgsVarvet for all interested, I found myself in a cozy main street Galleri Canevaz in the heart of the city, just next to the Gothenburg School of Business, Economics and Law. Being on that particular street on a Saturday, not on business, is surreal. It’s like looking at my life from a tangent angle, whilst delighting in the company of a friend and talented artist Karl Bergström. 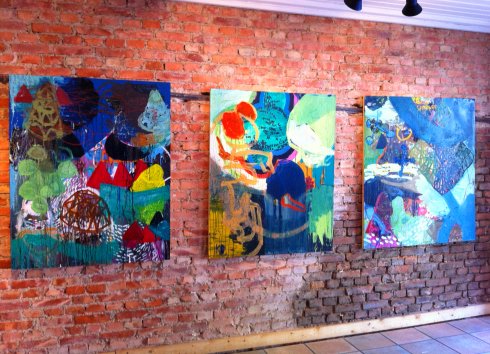 From today’s exhibition at Canevaz Gallery, Vasagatan 5b, Gothenburg. 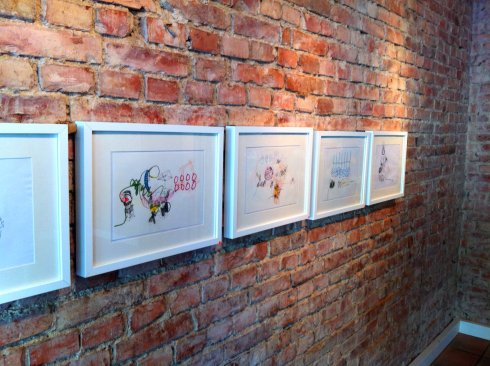 Admittedly I first got to know Karl as a bartender, where he kindly volunteered, and quite successfully so too, in mixing decent versions of the Singapore Sling for our guests at a party I hosted several years ago. He was painting and playing the guitar already then, and over the years we got to know more facets of Karl.

A project that literally rocks the entertainment scene in the city is Karl’s behind the scene efforts together with good friend, Magnus Lilja, on an conceptual musical event called ‘Minimal Effort’.

The photographs showcased in this post, are also mostly Magnus’s work. 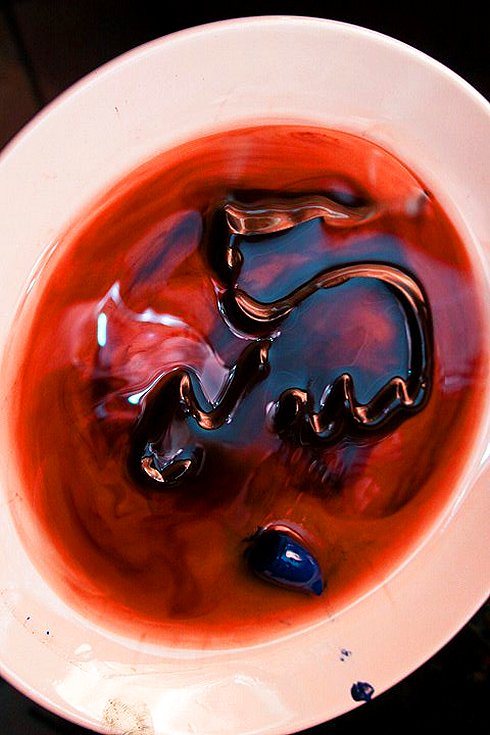 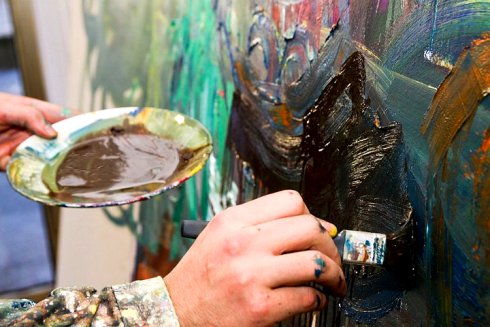 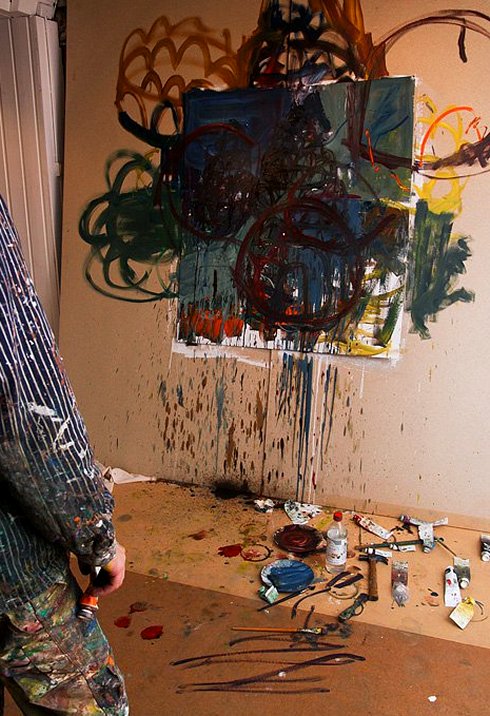 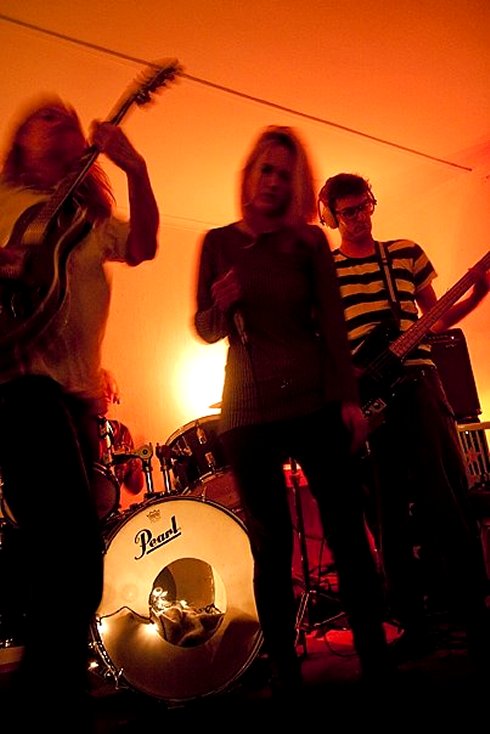 On stage, with guitar. 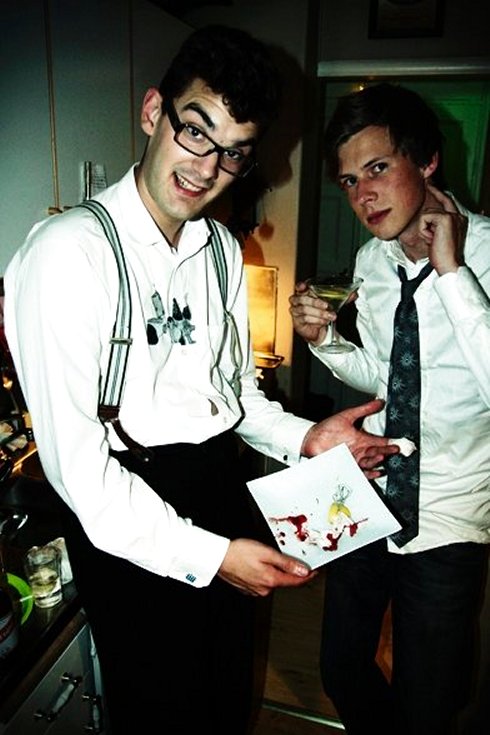 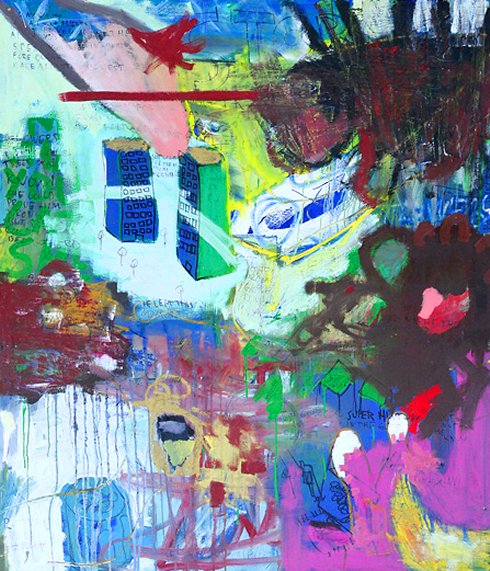 Karl Bergström’s vernissage opened today and will continue to run in the next few weeks until mid-June at Galleri Canevaz, Vasagatan 5b, Gothenburg, Sweden.

This is Karl’s 11th exhibition of which two were at Liljewalchs Vårsalong, 2009 and 2010. This is his first separate exhibition. Most interesting in his work is the constant unfolding of ideas and thoughts in his textured canvases that brim with details enough to begin the day’s most interesting of conversations.

So if you’re in Gothenburg, pop in, say Hello! and get to know the artist, unwound, with a glass of wine in hand.