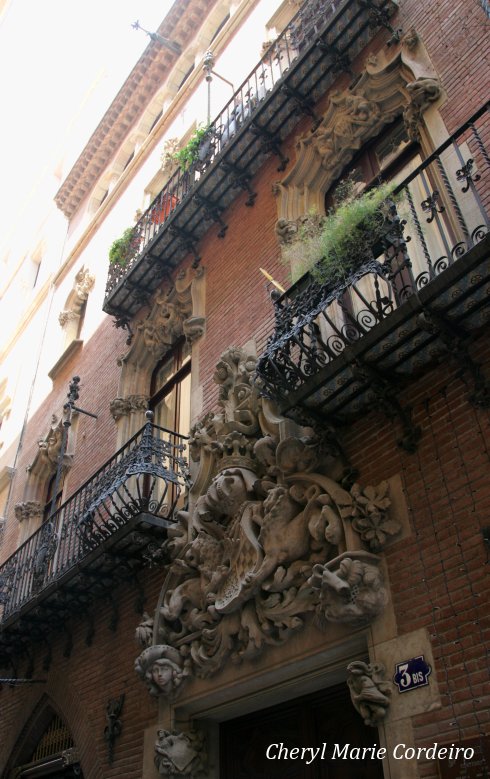 It was just about at the right time of the day that we found ourselves outside of Els Quatre Gats restaurant in the labyrinth of winding small roads in Barre Góthic, the late Roman part of Barcelona. From a balcony just above the ‘Four Cats’ restaurant entrance, a friendly dog looked down on us, just as if to confirm the many idiosyncrasies this city is so full of.

For anyone interested in Picasso, this restaurant is a must. Indeed, it is one of those living examples of what the industrialization period about the turn of the century one hundred years ago was all about.

The Modernisme had started earlier, in France as Art Noveau and in Germany and Austria as Jugend, but after the First World War, it was impossible to turn back time again to the dusty and suffocating drapes of romanticism. The time had changed and in all this, Barcelona played an important part. 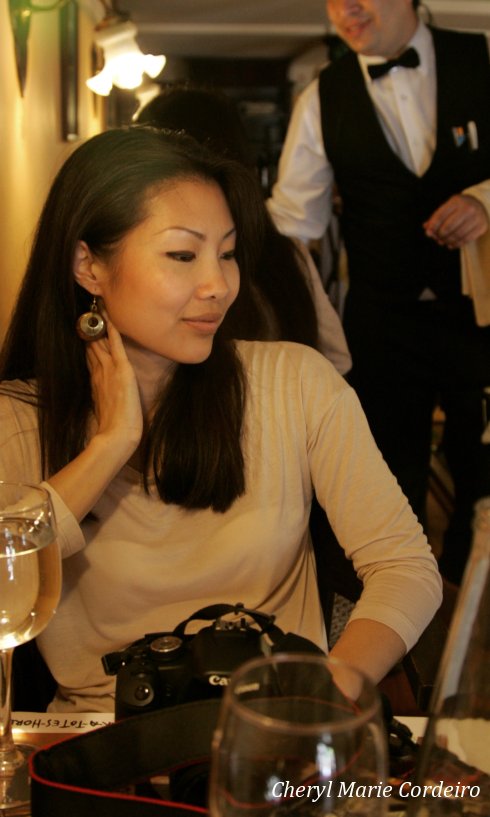 It was amazing to think that here, around us, was the favourite hangout of Picasso and his friends in the early 20th century, before he took off to continue his career in Paris. And here were the very walls where he had his first vernisage. 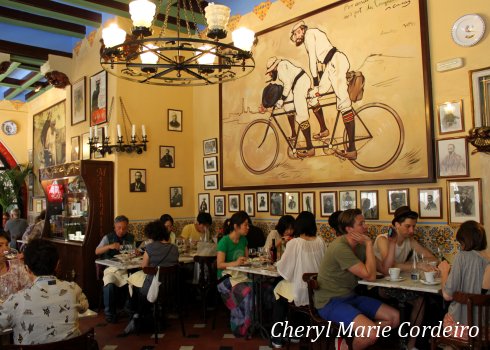 On the wall as well as on the menu, the artist Ramon Casas and bar owner Pere Romeu on a tandem bicycle , by the the modernist artist himself, Ramon Casas (1866–1932), 1897. The original, slightly cut down, in Museu Nacional d’Art de Catalunya, Barcelona while this reproduction is in its original size. 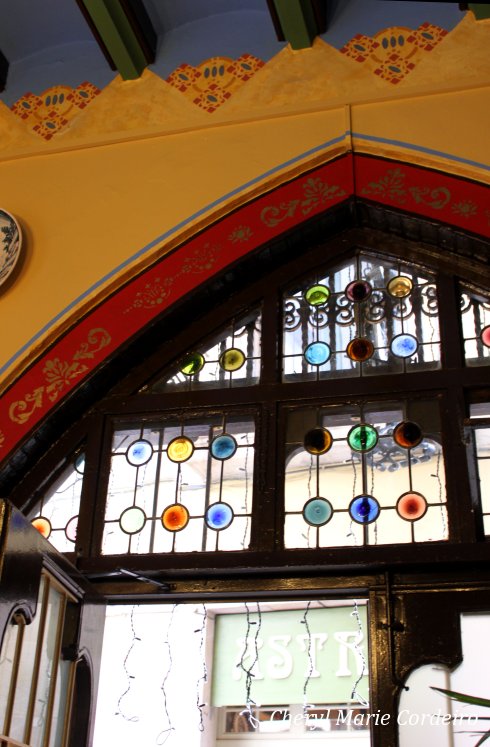 The interior of the ‘Four Cats’ is amazingly rustic. You feel as if you’ve stepped over a boundary in time, back to the turn of the century. The designer was the modernist architect Puig in Calfach. Just to the right of the bar you get a glimpse of a stunningly charming built in wooden drawer where the busy waiters keeps an abundant supply of golden breads. 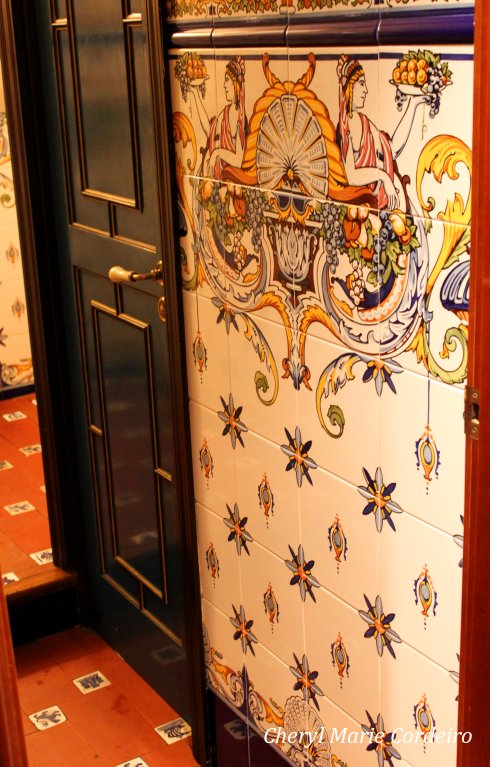 Depending on how one defines ‘great atmosphere’, we found the place pleasantly quaint, where it was the distinct, elaborate, blue and yellow floral tiles lining the walls next to the entrance of the restaurant that drew my attention first, compelling my eyes to follow the pattern all the way into the restaurant, to land straight at the dark wooden bar top. My curiosity piqued and I was sold on the place! 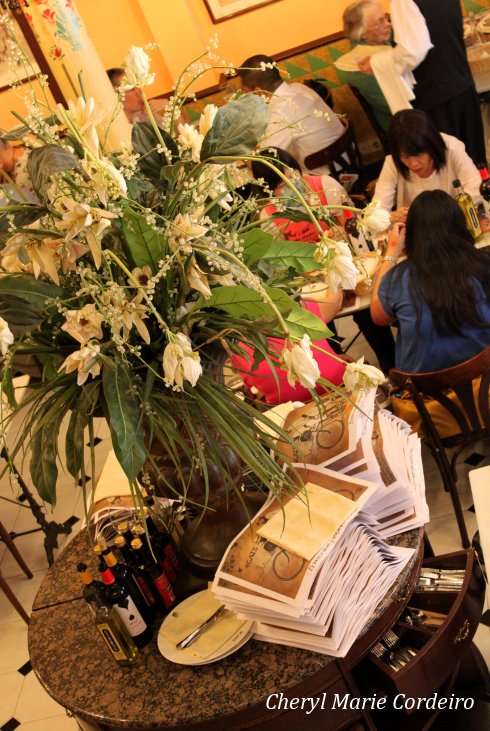 The floral inspirations to many of the Modernista or Art Noveau motifs is reflected in the floral centerpiece in the restaurant. Just next to the centerpiece, paper place mats and linen napkins ready to be distributed. 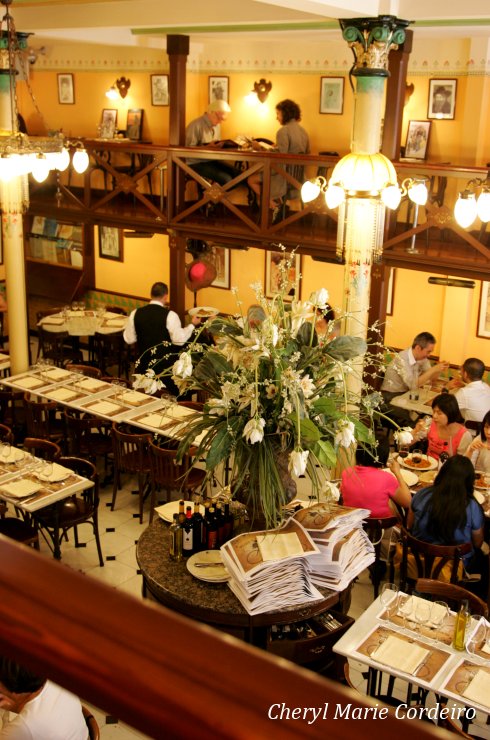 Along the walls were reproductions of the young Picasso’s paintings. Possibly some of those that were first exhibited here in 1902. 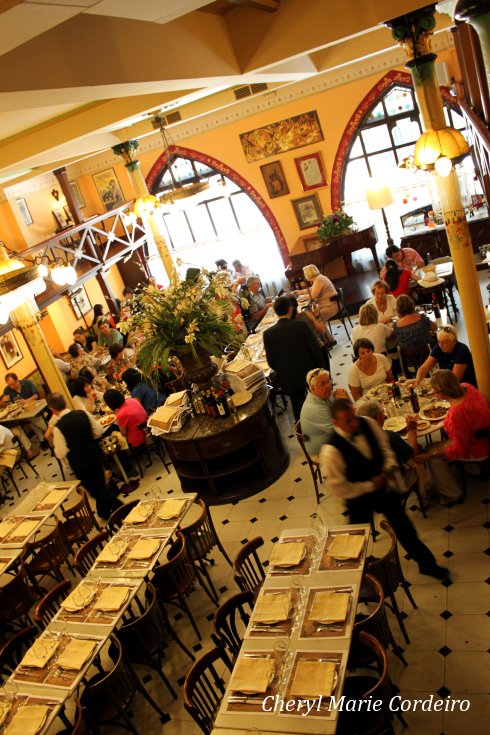 Being a bit early, we were whisked up and onto the balcony of the main room which gave us a splendid view of the people and happenings of the restaurant.

The dark wood with the dark red brown tiles to the floor felt welcoming and the same colours are reflected in the cashier, the cabinet that line the beige sponged walls of the restaurant upon entering, up to and including the smooth wooden panels that line the stairway up to the very narrow and low ceilinged second floor seating. I couldn’t help but be taken in by so many design details of the place – the tiles to the second, main dining hall by the way, changes to a mosaic of black and white – and my attention then fell upon the very large burst of a white floral centerpiece, beneath which sat a pile of newspapers that eventually turned out to be paper place mats and linen napkins for guests. 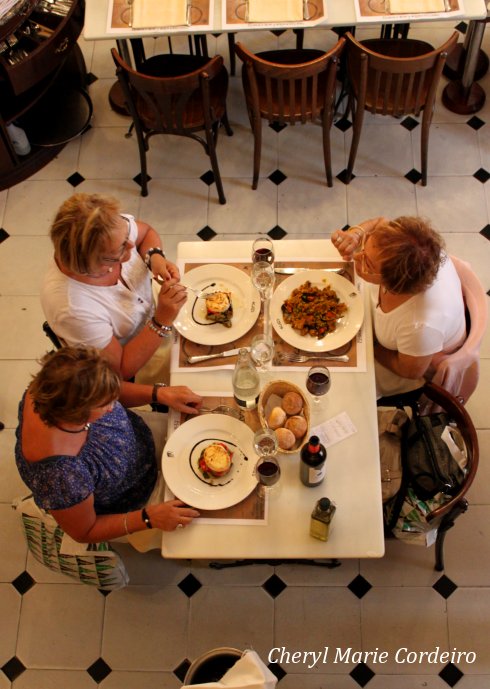 In Barcelona breakfast is not taken very seriously, and both lunch and dinner are had later than I would personally prefer. Around 2PM the restaurant was filling up fast.

My attention to the place was abruptly interrupted by a very enthusiastic waiter in uniform, who came nose to nose with me with a more than warm Catalonian greeting. Almost grabbing me by the hand, he proceeded to show me to my table, speaking to me in Catalonian as if he had known me for years and hadn’t either seen me for the same length of time! 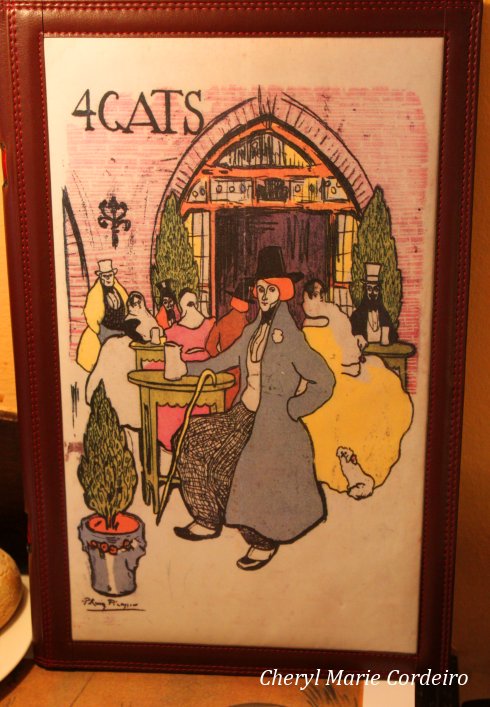 An early Picasso painting of a friend, on the Menu. Our choice was one of the three available set lunch suggestions. A nice three dish affair that accompanied with sparkling water and a glass of local Rioja felt just right. 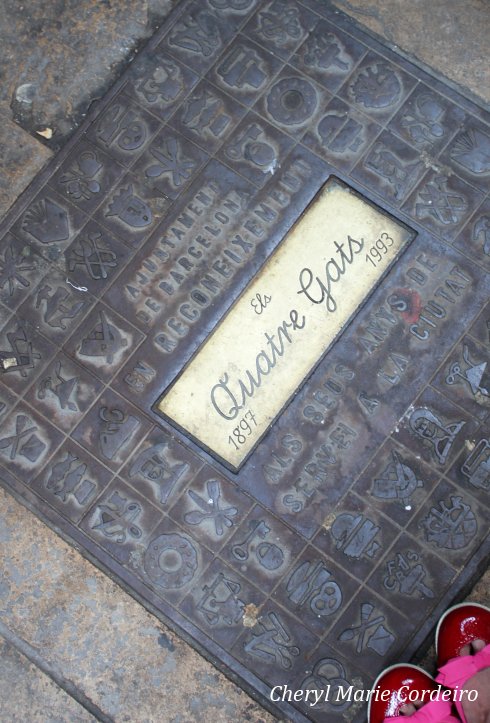 Not far from here, in the same area of the old Roman parts of Barcelona, is today a Picasso Museum, the collection of which also includes a few sketches from the bar and restaurant of Els Quatre Gats. “Portrait of an unknown man” says the label under one of the Picasso paintings at the museum.

I don’t know about that. Even I recognized him from the drawings from Els Quatre Gats. Somehow it felt as if they were all still here. At least their spirit seems to still be around in this warm and vibrantly creative Barcelona.

One thought on “Dining with Picasso”