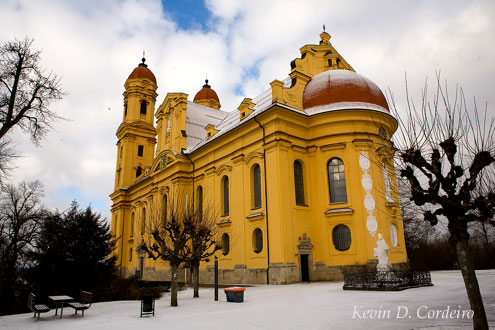 The Schönenberg Church is a pilgrimage church that is also known as the Sanctuary of Our Lady. It’s a major church in the region of Ostwürttemberg in the southern regions of Germany. In years past, people made their pilgrimage voyages by foot in order to reach the churches and their sanctuary of prayer. These days however, pilgrims are more likely to arrive at their respective churches via buses. Just as well too since this particular church sits atop a 530 m climb. 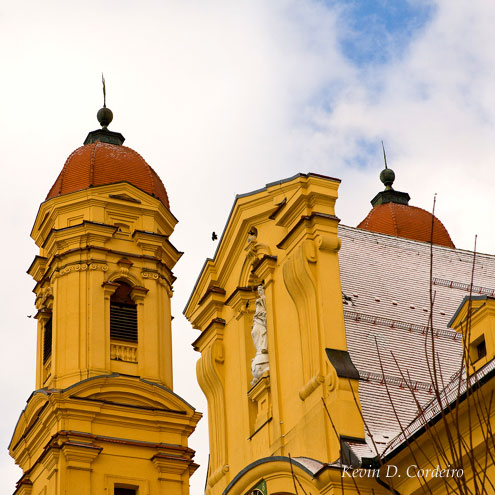 The foundations to the church were laid in 1682 by Johann Christoph von Freyberg who was then the Bishop of Augsburg. The building’s architect was Michael Thumb Vorarlberger Munster whose design template for this church had great influence over other important buildings of Baroque design such as the baroque pilgrimage church of the Holy Cross built on Gottesberg hill in Bad Wurzach in 1709. 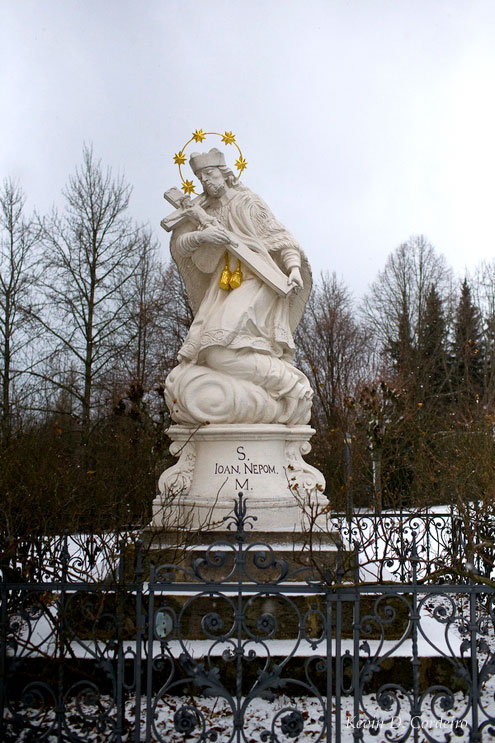 Magnificent statues such as these are found around the grounds of the Schönenberg Church in Ellwangen. 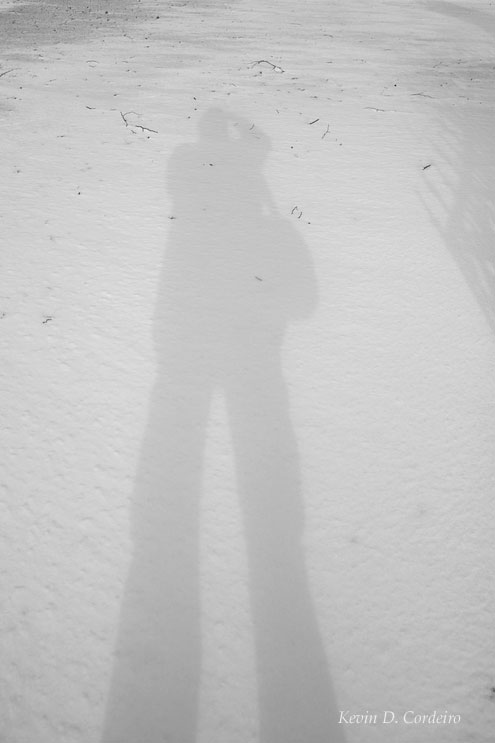 A hint of the photgrapher, Kevin’s shadow in the snow 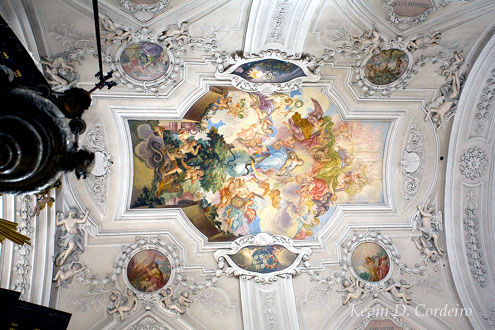 A mural on the ceiling of the Schönenberg Church, Ellwangen. 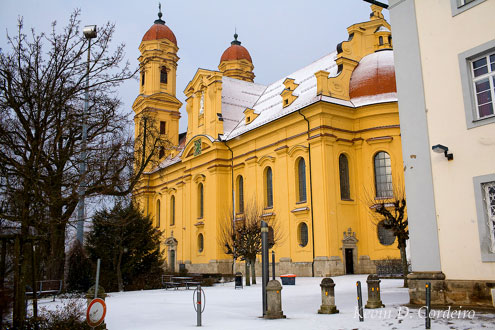 A view of the church coming from the Haus Schönenberg. 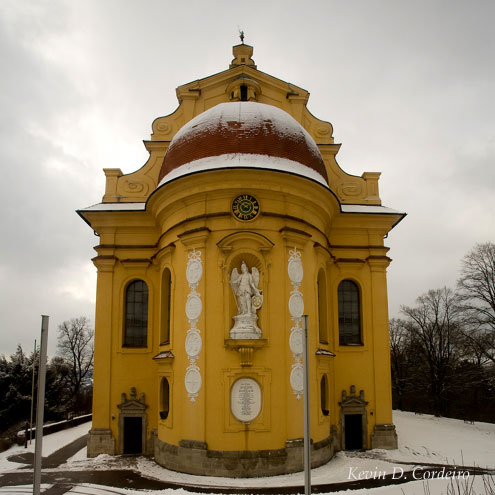 The church provides a contrasting sight against the grey of winter; its domed roof top dusted with an icing of snow. 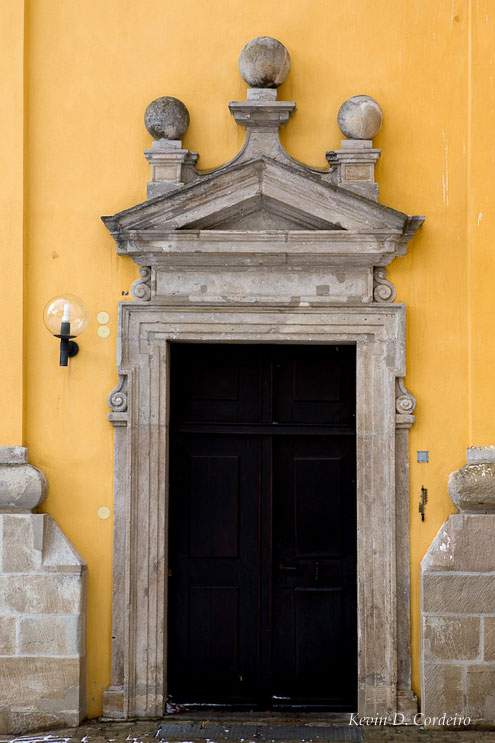 A humble wooden door lets you into the church that holds a splendidly breathtaking interior of baroque art from the 1600s. 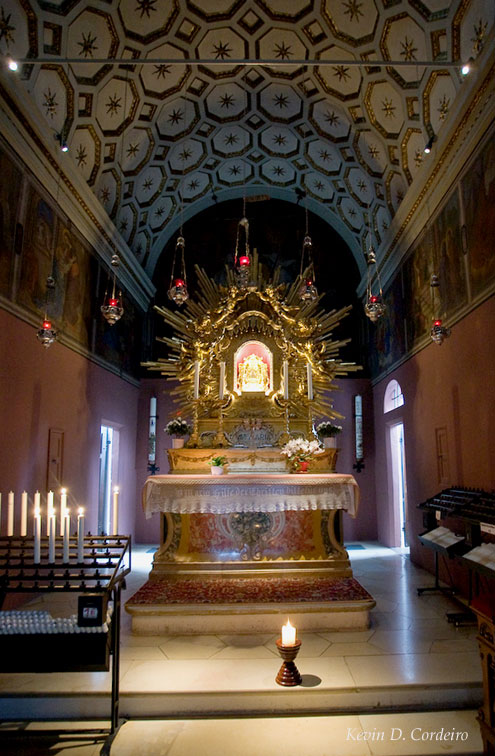 The altar of the Schönenberg Church, Ellwangen.

Vistors to this church are granted a spectacular view if they walked through the gallery to its interior. Statues of the twelve apostles by Paul Melchior contribute to the visual splendour of the interior of the church.

One thought on “A visit to the Schönenberg Church in Ellwangen, Germany, by Kevin D. Cordeiro”