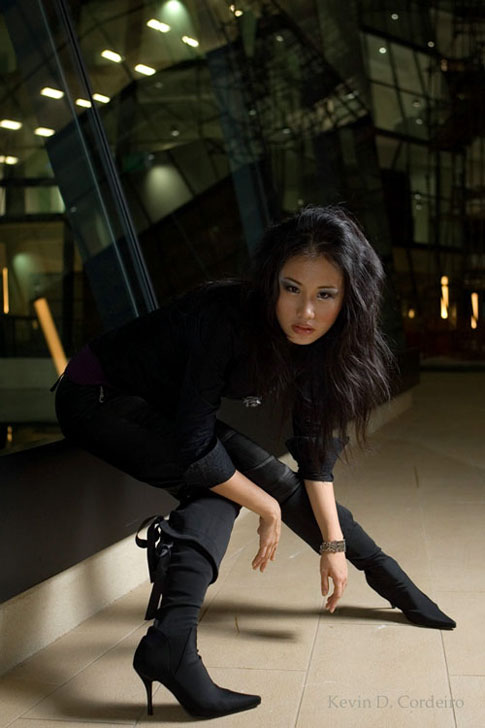 Regardless of how westernized the Asian societies might appear today, dating someone from a different culture is dating more than just that one person, it’s an entirely different ball game.
Model: Carol Chin. Photo © by Kevin D. Cordeiro.

In this none too scientific post, my target audience is primarily western / Scandinavian males who are going to work or are working in Singapore. Since the scientific research I have been doing over the past few years has been mostly about Scandinavian top managers working in Asia, the point of view and perspective reflected will with few exceptions come from those with whom I’ve spoken. To this, I have added my own point of view as a woman and individual who has grown up in Singapore.

The dating scene in Singapore is lively
The pubs and restaurants and the social life in general encourages all kinds of human interaction in public places at all times. You are out meeting people more often than not. Most events from having breakfast at the local kopitiam (coffee-shop) to having coffee, lunch, dinner or anything in-between is a reason to meet. Technically speaking “dating” is not a problem while eventually everything around it might be.

Singapore, an easy place to blend into
A poignant surrounding factor that can cause problems when dating a girl from an Asian society is, culture. With that, comes a host of other related issues within the web of culture such as language, tradition, beliefs, religion and – food.

A spread of traditional Nonya food by the Straits Chinese. The customs and traditions of the people are as intricate and detailed as the wrappings and presentation of the food. Picture by King’s Hotel, Singapore (Khoo, 1998:130).

The culture in Singapore as well as in most of Asia is collectivistic in that sense that families are close, tightly bound, large – in some cases amounting to clans – and run by patriarchal values supported by a large, often gossipy bunch of aunties (and almost all elderly women in Singapore are called ‘aunty’) with opinions on everything and everybody.

Yet Singapore, as Asia goes, is an easier place than most other Asian societies to blend into due to its immigrant beginnings. More or less everybody came from somewhere else just a few generations ago however, well into the 20th century marriages were arranged between suitable parties, as most Asian cultures from the Indians to the Chinese, had arranged marriages as their tradition.

Today, the Singapore society at large bothers little about cross-cultural relations and interracial marriages, being currently more concerned with its falling birth-rates since 2004 (see Washington Post and the Singapore Window). Yet local to non-local relations still make interesting topics and a couple is still looked upon, observed and commented on – even by people who hardly know you.

A total stranger, when least you want to hear things
Anyone can step-up to you and start asking very personal questions, such as the woman who serves you coffee at the local kopitiam (coffee shop). One Swede observed that he from morning to morning got lower prices on his coffee obviously to soften him up for some reason. The price on his morning kopi-o (coffee, black) ran from the ang-moh (Hokkien word to mean ‘Caucasian’) price of more than $1 SGD, down to the local friends’ price of 40 cents. Flattered by the close fren price he was still unprepared for the attack. The conversation went like:

To the utter embarrassment of the younger generation, aunties can also have no qualms about inquiring about family relations and trying to set up meetings even in the very presence of the persons in question. They will happily talk right over your head as if you were not there. If you think of this as a most well meaning tradition based on the collective nature of the Singapore society you might get used to it and react on it in the proper way, which is to give evasive answers and a friendly smile. I think of it as having its roots in a kampong (village) tradition where everybody knew and cared about everything and everybody. So eventually you will be dating the whole family whether you like – or know – it, or not.

Sarong Party Girls (SPGs)
The collectivism leads to another aspect of cross-cultural dating, its social implications. Even if social gossip may not affect a foreigner with a possible time limit to his stay, there will be a social pressure from family, friends and perhaps even total strangers that might cause problems for the local woman.

The different Singaporean sub-cultures are different in this respect about social pressure and each will have varying degrees of open-mindedness towards foreigners in the family.

Some Swedes I have interviewed for my research were well aware of the concept of SPGs. This is a loose expression for a local woman who would consider dating a foreigner in much the same way as a western girl would i.e. with no immediate plans of getting married to him as soon as possible and not even asking to be paid to do so. In Singapore the SPG label implicates questionable moral or worse, as in bad business sense on the part of the woman, in a society where arranged marriages were the norm not more than a generation ago. 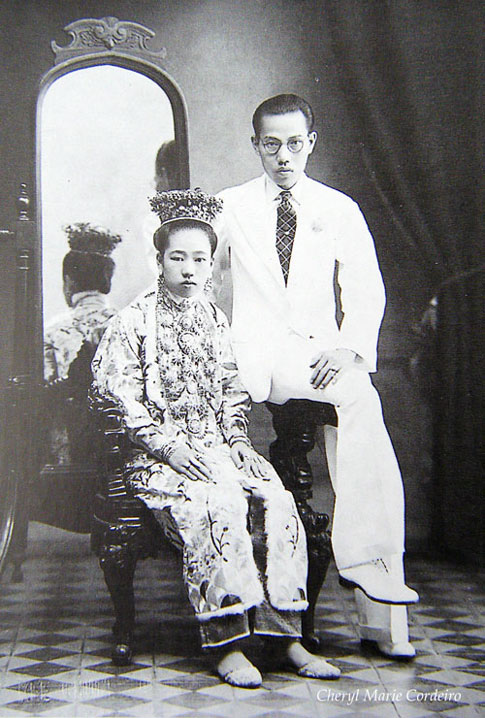 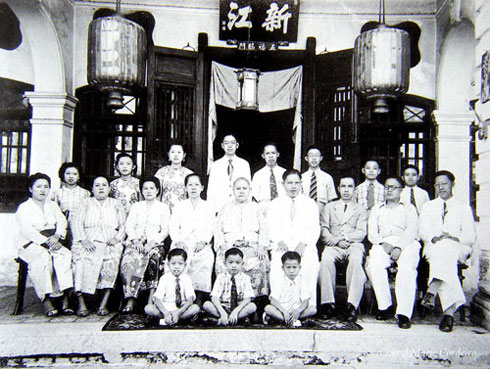 … meet her family, whom you will also be dating whether you know it or not. As an example, this old picture shows 4 generations of a family, gathered to celebrate the 80th birthday of the family patriarch. The scenes are surprisingly similar around for example Chinese New Year up until today. (Picture: Khoo 1998:39).

So while dating a local woman is not impossible, the foreign male should remember that he is out on uncharted territory. In Asia, you are not approaching only a person but whole a culture and a mindset that is as with all values are so set as to be invisible for those who share it while to the outsider will appear suddenly and out of nowhere as a glass wall at night.

Rather than to be discouraged, there is in fact plenty to gain in dating cross-culturally. There are new ideas and perspectives to discover and share. A key to smoother relations is to begin with understanding that it isn’t just a pretty face you are meeting.

One thought on “Cross-Cultural Dating in Singapore”