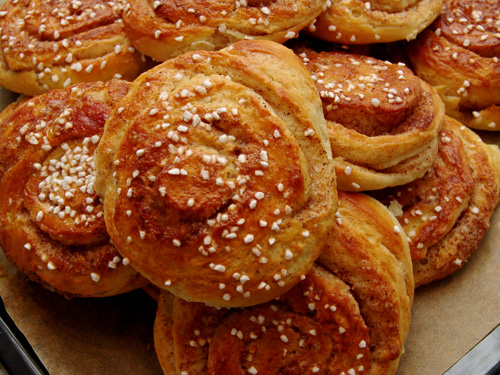 Here they are, just a few minutes ago fresh from the oven. We invite all viewers to join us for a few of these warm cinnamon rolls with a tall glass of cold milk!

Every 4th October, since 1999 it is Cinnamon Buns Day in Sweden. So today we took some time off to make a batch of our own. For those in Singapore (and around the world) who would like to celebrate with us in Sweden, you could use our Cinnamon Roll recipe. Preparation time is about 20 minutes plus raising and baking time. We’ve included our pictures of today’s project.

What you need to shake that bootie!

In one large dough bowl, put the yeast in crumbles and add the salt and ground cardamom.

In one pot, melt half of the butter, add the milk and let the the mix warm up to about 40 centigrade, just so that you can feel it is warm.

Let the dough rise for about an hour under a cloth. 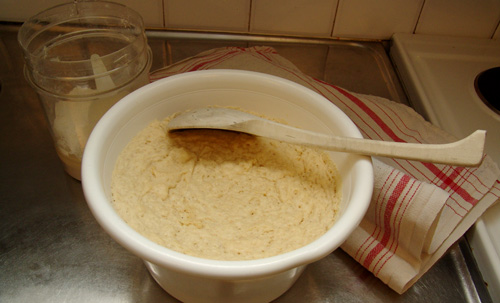 Pour wheat flour on a baking table and empty the dough onto it. 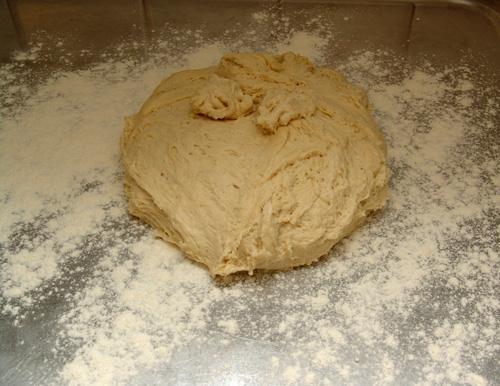 Knead or shape the dough flat. You don’t even need a rolling pin for this, just hands will do. Most recipes ask for you adding flour and kneading the dough at this stage until it gets elastic. That would make the buns dry and boring so we purposely add as little flour we can get away with and flatten out the dough anyway. 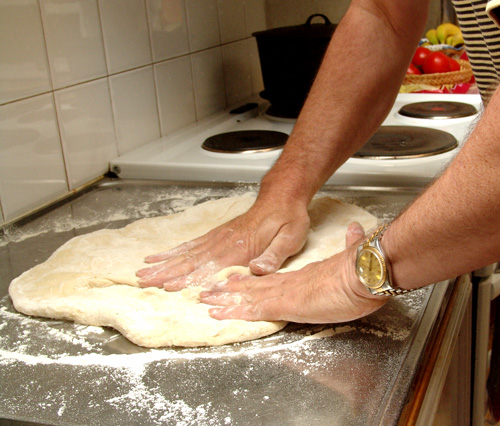 Get it to look like this as much as possible to make for easier rolling of the dough later on. 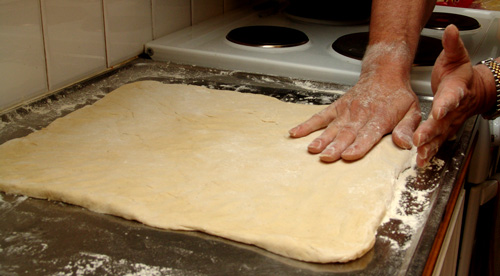 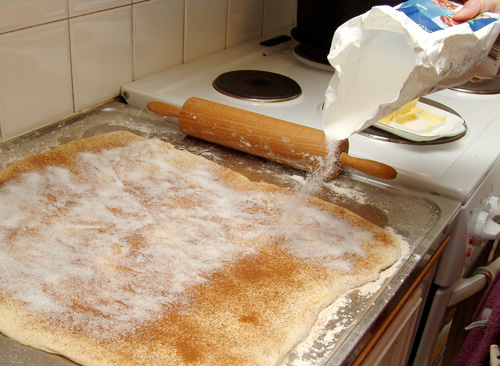 To make this stiffer, add more flour. But you don’t want it to get too hard or eating it won’t be too fun. 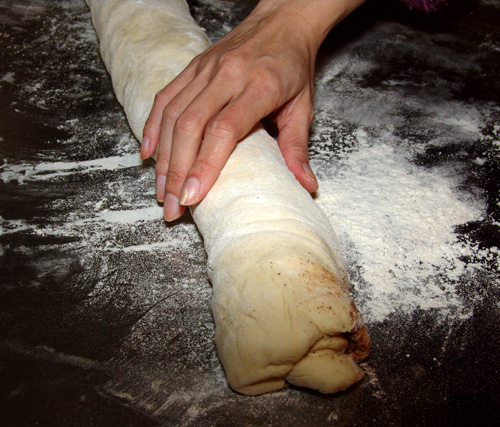 Cut the roll with a baking knife and put on a baking tin. If you follow this recipe, you’ll get about 25 rolls which gives 12 on each tin. The last you can eat yourself, raw, as JE does. I just cringe when he does that. 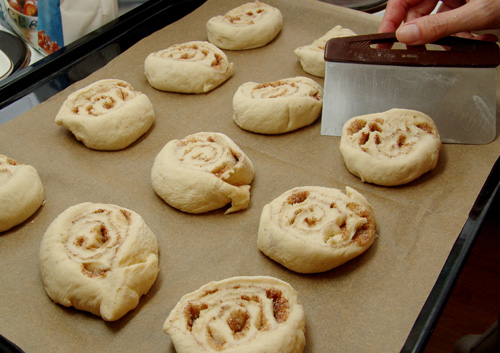 Cover with a cloth and let rise again for about half an hour.

Brush with stirred egg and sprinkle with pearl sugar. 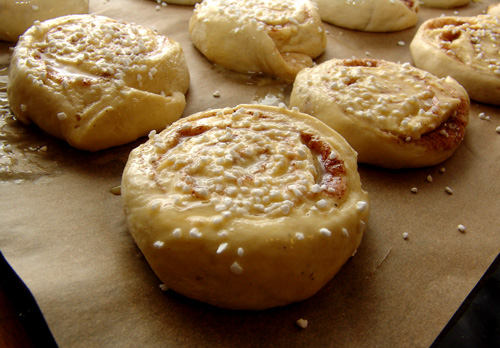 Bake for about 10 minutes in about 225 centigrade.

A cheese and wine dining