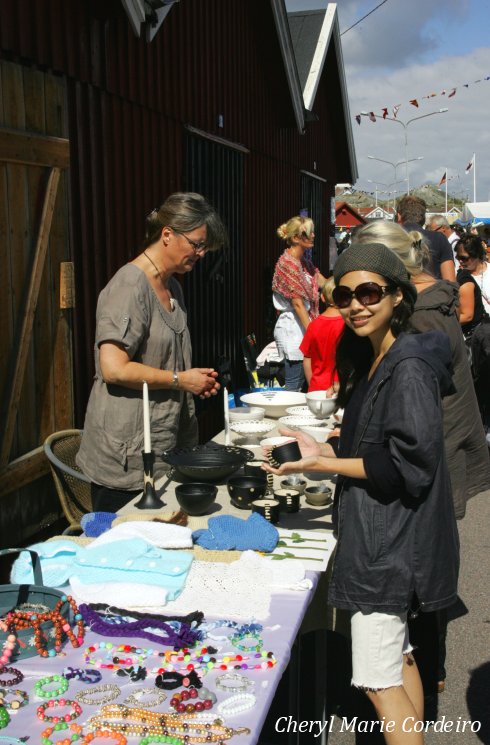 The perfect weekend thing to do – picking up both old and new finds at the annual Donsö Harbour Festival in the Swedish west coast archipelago of Gothenburg.
Photos JE Nilsson and CM Cordeiro Nilsson © 2011

There’s a distinct feel in the air in the past week that the summer that has lingered through the months of July and now August, is beginning to wind down. Though the air is still warm, there’s a chill in the evening breeze that indicate the cold weather that is to come from end of November, carrying on with the months thereafter.

So what better time of the year than right now to celebrate with a little Harbour Festival at Donsö, in the Southern Archipelago of Gothenburg?

Just about 16 km south of the city of Gothenburg, Donsö is one of the larger islands. With its about 1,500 inhabitants, Donsö is a lively community with a bustling business of shipping and ship owning and whatever services else needed to keep a modern business community going. While it is today a part of the Gothenburg municipality of Sweden, until 1974 it was a municipality of its own together with Styrsö and the neighboring islands in the archipelago.

Speeding across the two islands of Styrsö and Donsö on a moped, you feel the growing excitement when approaching the festivities of people chomping into open grilled sausages with Pommac in hand, enjoying the August morning sunshine and sea breeze that is filled with live music from a band that placed themselves smack in the middle of Donsö’s Harbour Festival.

And if the anticipation of the lottery, the flea market finds, the meeting of friends and neighbours and the closing fireworks display at the end of this two day affair is not enough, this gigantic feature of two huge, running Skandia hot-bulb fishing boat engines from the mid-1900s, placed right at the front of the entrance of the festive happenings certainly floored a lot of visitors, myself included!

What made these engines a cult feature at the Harbour Festival and left us spellbound was the constant, slow chugging of the machine (as heard in the first half minute on this video from Sweden 2006), that is so reminescent of 1900s technology, whether train or boat engines. This engine was in fact, puffing smoke rings in a manner that I only saw in Disney cartoons till then! 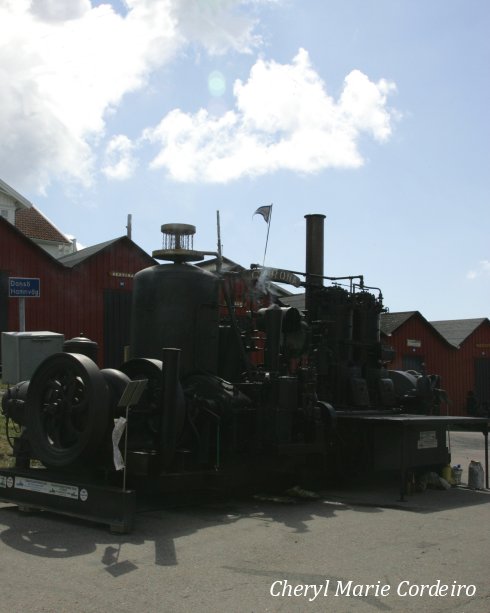 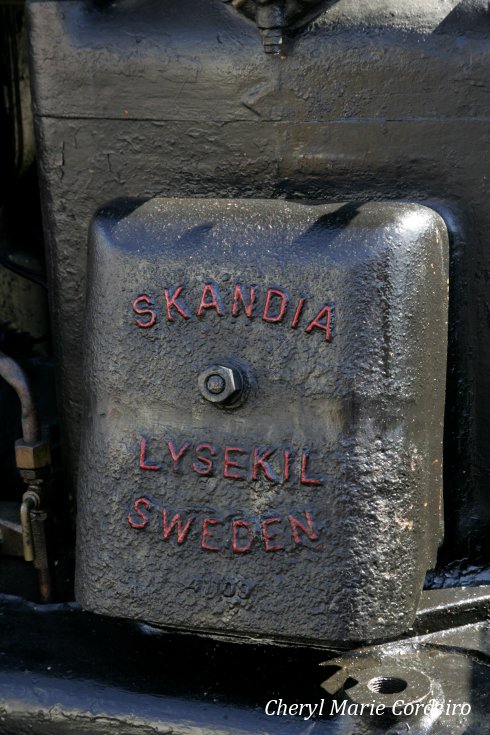 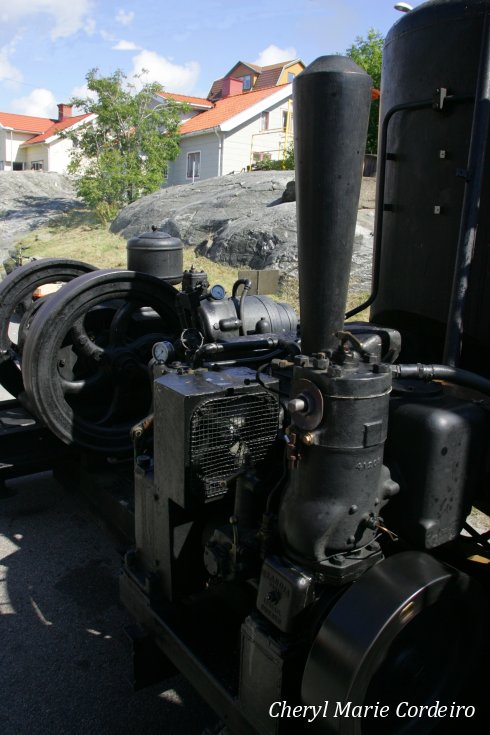 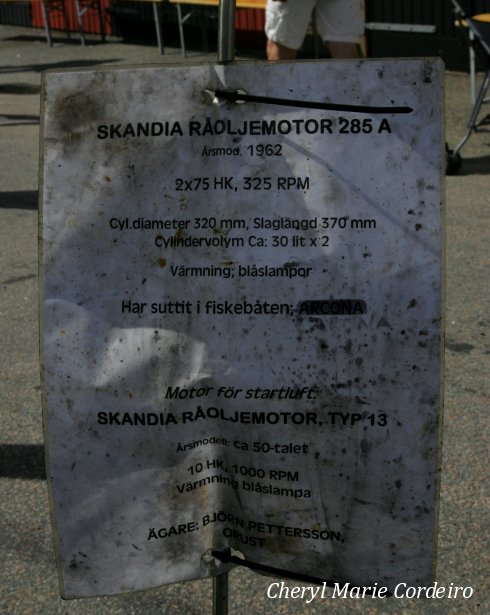 Well established, this annual Harbour Festival event pulls crowds from near and far. But as we walked down the market street we mostly saw the familiar faces of our friends and neighbours, however in a more joyful mood than when we usually see them stepping on and off the ferries, to and from work or shopping tours, on the every day basis.

Besides bringing some festivity to the archipelago it is also a great opportunity to get to know each other better through sharing of interests, passions and hobbies that the daily encounters rarely give time to discuss. One example was when a neighbour showed me how she preserved vanilla bean pods, tied with string and kept in a large glass jar, and how she could make bottles of vanilla sugar and keep them until it was needed in baking or cooking. One of many small secrets that brings quality to life. 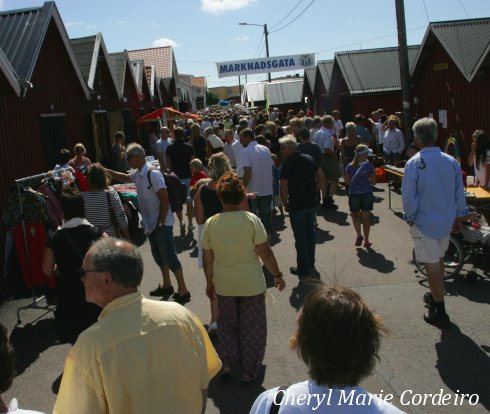 View of the market street with both old and new things you can acquire. Somewhere along this street, stood a hand finished, finely crafted and oiled, Swedish oak kitchen bench that we managed to resist, with great difficulty, to bring home. 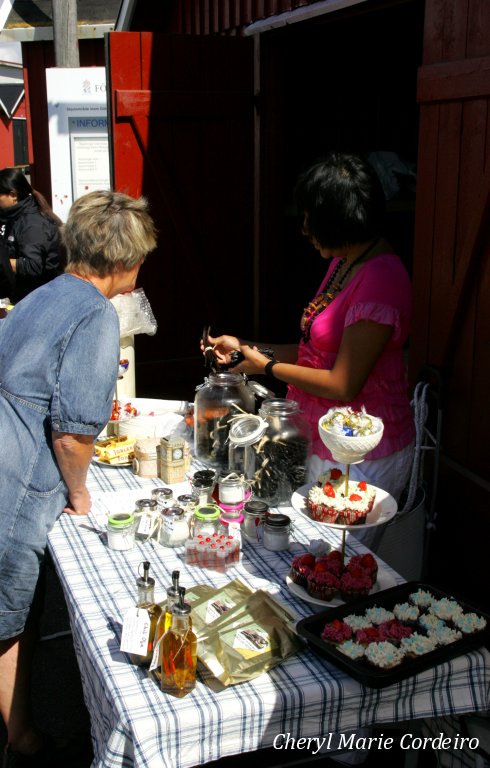 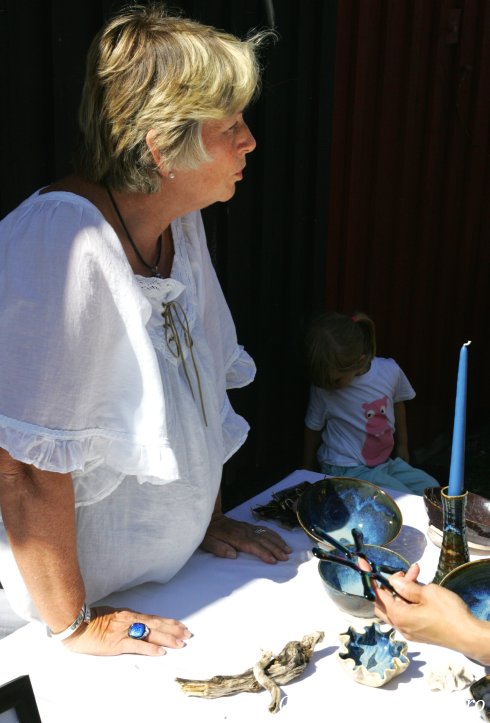 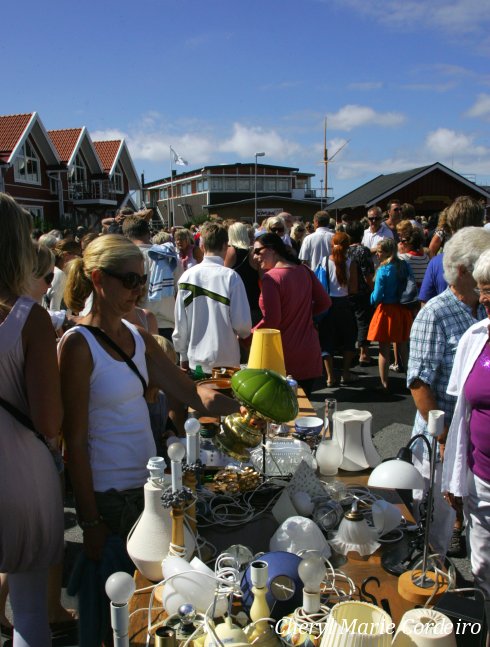 Retro is all the rage in Sweden and there was always something to fall in love with at this flea market. 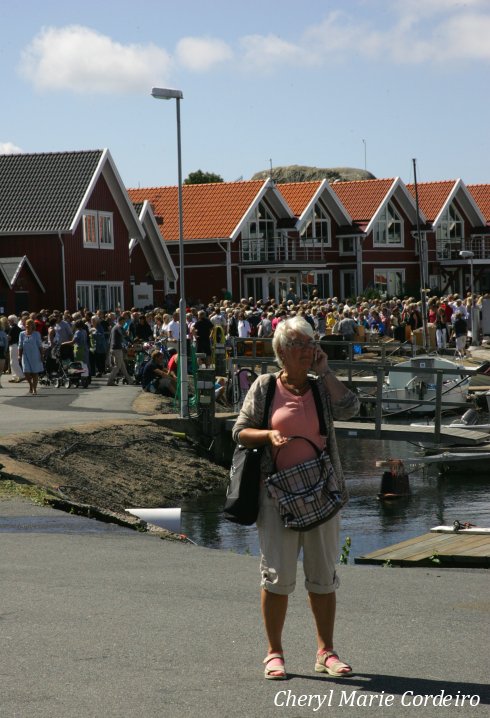 Even at market days business is never far away.

Here living on, near and off the sea, boating is both a pleasure and a necessity. The narrow passages between the islands simmer with activities during the sunny summer days, while it never gets completely still even during the coldest days of the winter. A small colony of half tame deer that grass our tulips and apple branches show to tell that during winters, it gets so cold that the waters freeze over so completely as to provide a safe walking surface inbetween land and islands. Luckily on a day such as this, winter’s weather still seems distant to a degree. 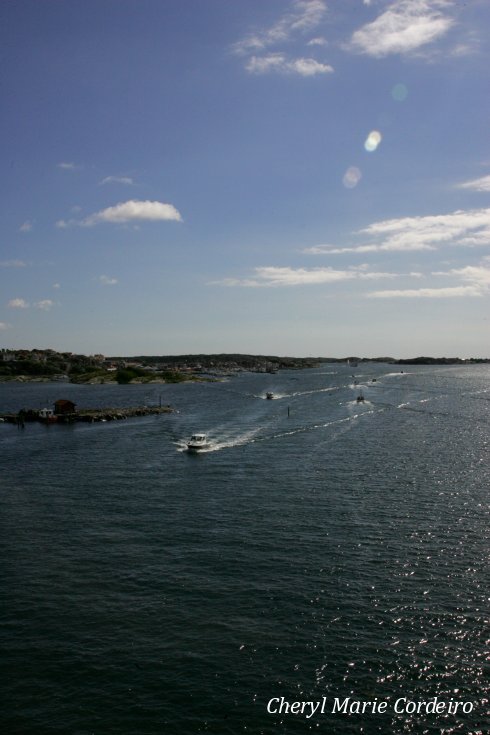 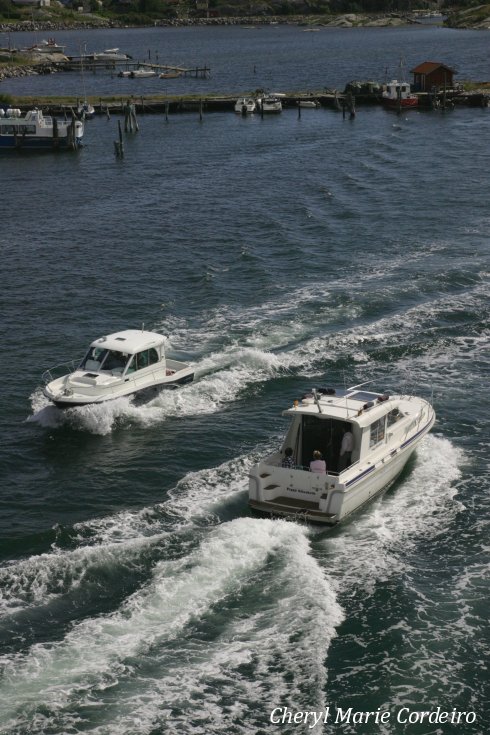 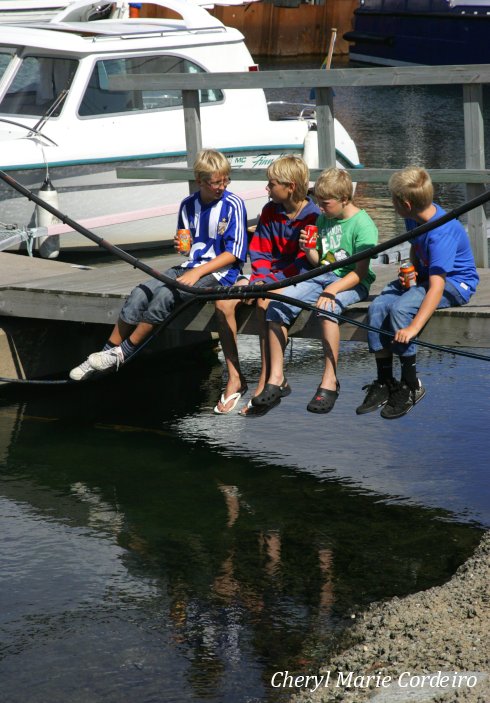 Eventually we ventured home with our fair share of loot from the flea market and handicraft stands on the up side. On the down side, a modest number of worthless lottery tickets lined our pockets, that still contributed to the fun of the event.

Later the same day a long list of stage and music appearances would fill the air, culminating in the grand display of fireworks sets a brilliant and thundering exclamation mark after a day well spent.

Ett varmt tack till Alla at Donsö IS for a great event. See you all next year, as always, in the first weekend of August.