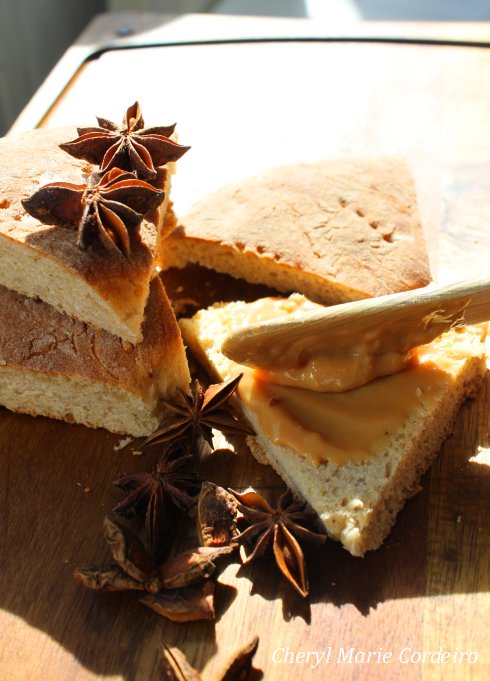 The first day of the New Year is usually known as ’Pizza Day’ in Sweden, only because people here have partied too much, too fast, too hard the previous night that ordering pizza to the home, or simply settling down in a restaurant for one seems to put into command everything else that is not, for the moment. It’s worry free.

Connected to being worry free that to me is like the experience of having caramelized condensed milk on bread at breakfast as a Madeleine moment these days, is also the experiencing of the calm at work this first week in 2012.

At this time of year in Sweden, most people are still on holiday leave and it is perhaps the last few days of the festive season where you can continue experiencing the stillness and tranquil of the short days, grey blanket in the evening skies, before speed sets in again at the office that continues till just before the summer season.

But for the Swedish Handelsbanken, the first week of the year isn’t quite as still as all might have hoped due to a slight glitch in PR or due to the efforts of one over-zealous employee, who had circulated via the internet, the company’s in-house Christmas Letter, resulting to it being picked up by the Swedish newspapers.

In the world of corporate talent management that is my daily reality, there is nothing more cogent than aligning corporate strategy with human capital and talent development (MIT Sloan Management Review), which was what I thought the President and CEO of Handelsbanken, Pär Boman did well in his Christmas Letter to the employees of the organization.

Reading through the letter where amidst the numbers, the usual organization motivation talk and jargon, what hit home with me were the words of the very last paragraph, where against the so well-known consensus seeking, lateral and decentralized management style found in Swedish organizations, came Boman’s call for the “traditional, central directive” to employees, to “…withdraw from all the stress and work, light a candle, look out of the window at the snow and enjoy an extra good cup of coffee and some Christmas cakes…. [because] we’re well worth it…”