Capriccio for Carolina – classical notes that rock your soul 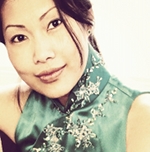 It isn’t that my interest in the field of fashion has waned over the years since I began my blog in 2007 thereabouts, but rather, a percolation of ideas had resulted since then with regards to fashion.

In previous years, I would experiment with fashion styles, fabrics and designs, today having perhaps settled into a general theme that evokes a frame of mind in terms of style and dress, I am more intrigued by the innovative processes of design in itself. I have little qualms mixing and matching fabrics and designs according to context of situation, not in the least, accounting for the weather conditions, and am also apt to carry an extra pair of shoes with me if and when possible – an idea I was introduced to as a form of social etiquette for formal Swedish dinner affairs, when people are expected to have proper indoor shoes that haven’t touched the (what I think are charming) cobbles of the streets outside.

So what captures my attention these days in the field of design and fashion is a sense of the creative. To that extent, I’ve been following behind the scenes, the New York and London Fall RTW collections, whilst at the same time, searching for new classical notes for my playlist.

There are a few designers that inspire me, Carolina Herrera being one of them. I’ve been a fan of Herrera’s collections for several years, where in enthusiasm for my summer in Barcelona 2011, I even packed in luggage to Montjuïc El Xalet, a clean pleat, black Carolina Herrera dress for IESE IFP’s closing dinner.

Following-up on her Fall 2013 RTW, I was this time around, floored not just by the clothes (her signature balance between conservative, long elegant lines and sultry femme), but the absolute soul rocking music!

An original collaboration between Herrera, London based composer Tom Hodge and music producer Javier Peral, Capriccio for Carolina Runway Mix was recorded with the London Contemporary Orchestra and made its debut in her Fall 2013 RTW show.

For Herrera, the music was “Perfect”:

“It’s perfect because it starts soft, and then it goes in crescendo. Just like I’m trying to do with the show. Soft looks at the beginning and then crescendo! All the drama. Then there’s romance. Then there is melancholia.”

“Designers have music on all the time,” she said. “Why do you think that is? Because you transport yourself in a dream, in a fantasy, in a drama. Every single mood comes out with the music.” ~ Herrera by Ortved 2013, NYT. 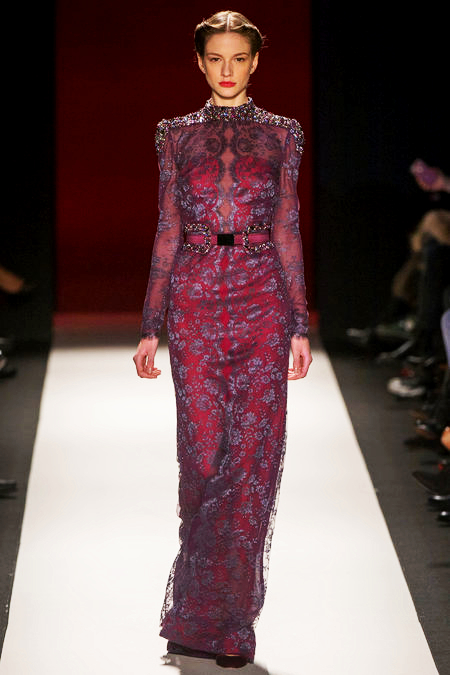 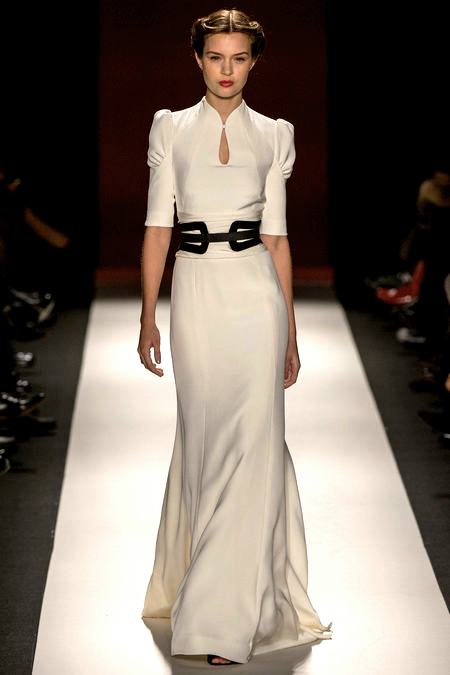 I would certainly echo Herrera’s sentiments on how perfect Capriccio for Carolina is as a composition. Personally, this piece of music intrigues me beyond Herrera’s show.

Plugging in and turning up the volume and bass, it captures in my mind all the intricacies of heart racing fantasy, of Alice in Wonderland curiosity, of darting along corridors, sliding between rooms, of expectancy, of that sense of constant wonderment, the variations of the ticking of time, of possibilities… of creating realities in itself.

A composition of classical notes, that speaks my soul, captures my senses.