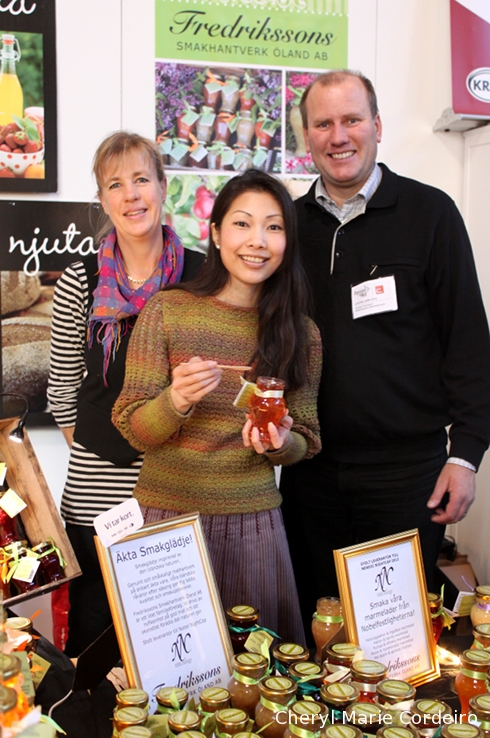 “[A]tt nyfiket njuta av god mat”. With Christer and Mona Fredriksson of Fredrikssons Marmalde, who have their base on the east coast of Sweden, at Öland.
Text and Photo © JE Nilsson, CM Cordeiro 2013

Naturally there are different things that people say they ‘cannot live without’, but one of the first things I do at these Food Festivals, is to walk right up to Mona and Christer Fredriksson and their stand with quality marmalades from Öland, and bag a generous helping of jars to last – if not till next year – so at least a couple of months into the summer.

It was also fun but not entirely unexpected to hear that the jams and chutneys from Fredrikssons made it to the recent Nobel festivities, the Nobel Night Cap 2012 in Stockholm. 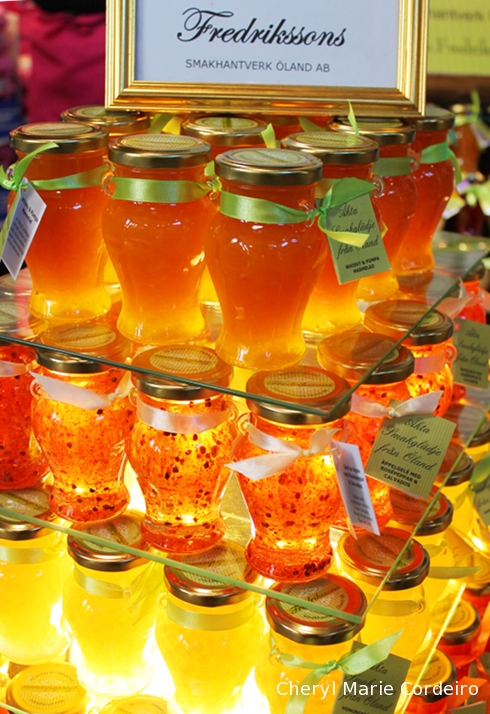 Business processes are sustainable with use of the highest grade raw produce available. 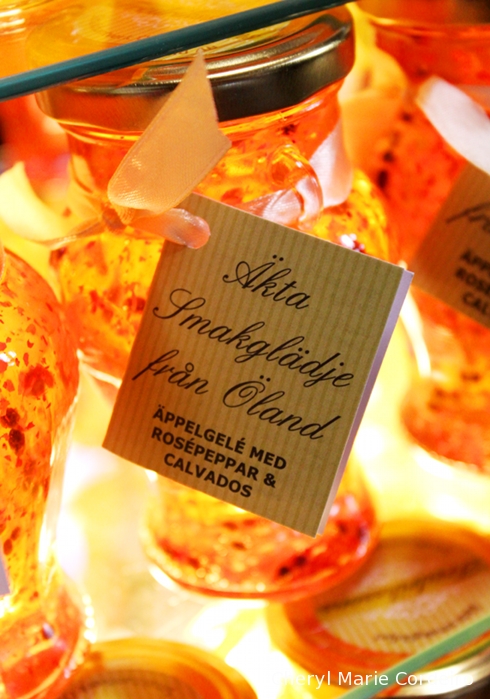 An absolute favourite, the Apple and Calvados marmalade.

Their home and plant is in Kalmar County, at the island of Öland, located almost directly across Sweden, from Gothenburg at the Swedish east coast.

Standing at this fair with the Swedish East Indiaman Gotheborg, resting at the quay just outside, I can’t help thinking of how connected things are in this world. It was just a few years ago since I visited the Kalmar Nyckel ship replica that docks in Wilmington, USA. The Kalmar Nyckel was a pioneering emigrant ship that left from this very place to the New World in 1638, leaving its passengers there to establish the first permanent European settlement, the Colony of New Sweden in present-day Wilmington, Delaware.

A somewhat unrelated jump in thoughts perhaps, but now marmalade from Kalmar is nevertheless delivered to the quay side, where the Götheborg III Ship lays bundled prior to high summer season, for us to pick up at will with no complicated sailing involved at all. See here the wonders of modern trade.

A nice bottle of wine, some good cheese and my favourite choice of marmalade and I think I’m pretty much set for a perfect evening with friends, or a good book.