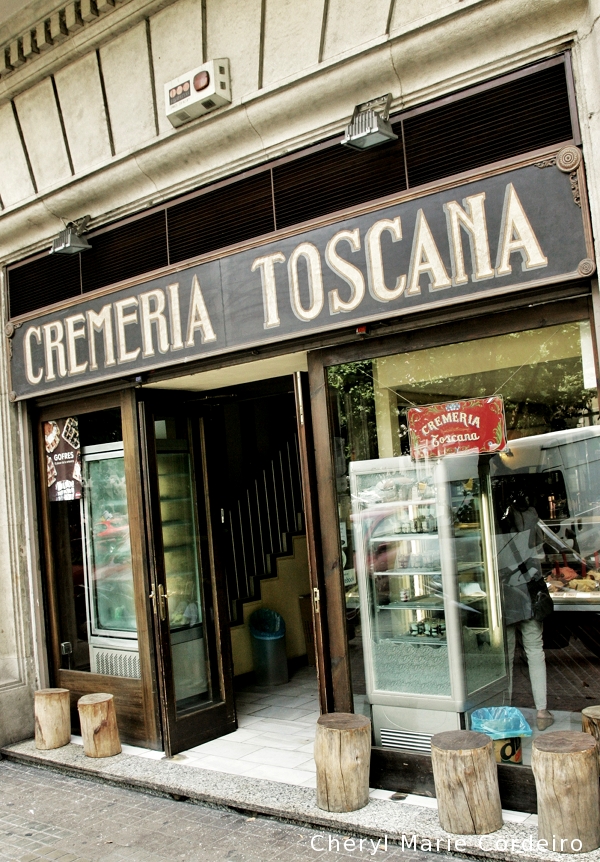 I’ve always loved ice-cream. More accurately, it would be, gelato. Richer, denser and more flavourful, summers would not be complete without a myriad of gelati flavours even in Sweden. And in Barcelona, the gelaterias seldom disappoint.

In the neighbourhood of L’Eixample, along Carrer du Mutaner, you’ll find one of Barcelona’s coziest gelateria, La Cremeria Toscana. 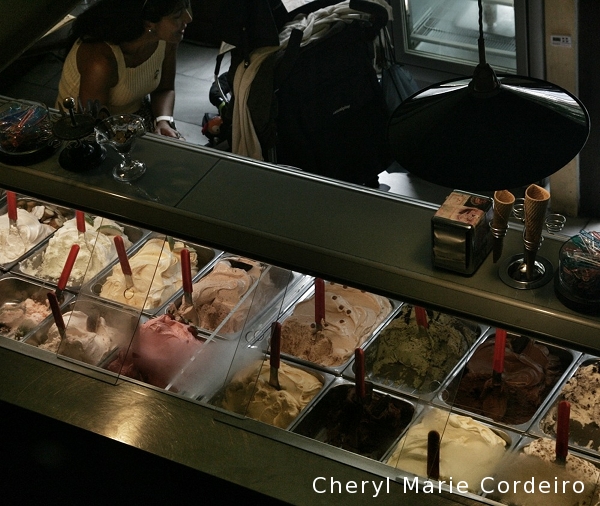 25 flavours on any given day, made daily.

I actually had little intention of finding this gelateria, except that I happen to have lived just up the street along Avinguda Diagonal, a main thoroughfare that cuts right across the grid of L’Eixample, a district of Barcelona that is between Ciutat Vella (the old city) and what once were surrounding small towns.

L’Eixample is a district in Barcelona known for its long straight roads set in squared lattices. Many would recognize the eclectic attributes of this district from containing splendid boutique hotels such as Hotel SixtyTwo and the decadent Hotel Majestic along Passeig de Gràcia, to having streets quite shoddy and in need of upkeep in some of its quieter corners.

It was precisely this juxtaposition of seemingly clashing characteristics of L’Eixample that made me fond of the area. And it was my tendency to explore on foot, the surrounding blocks that led me straight to La Cremeria Toscana.

It was a delightful find. 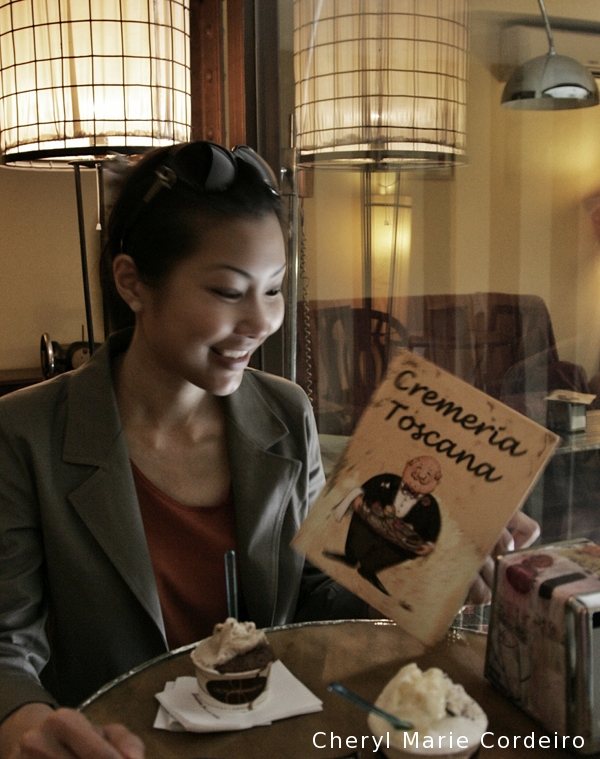 Seated on the second floor of this small cozy space.

Owned by two Italians, this artisan gelateria is small in operations, with another outlet along Canvis Vells that is nearer the seafront of the city. They make up to 25 gelati and frozen yoghurt flavours on any day that includes Tiramisú. Fruit flavours depend much upon which fruits or raw ingredients are in season.

Just looking over the counter, I couldn’t help but wish to try more than what I could physically accomplish, which led to me settling on the second floor of this cozy space contemplating for some minutes if I wanted my usual rich dark chocolate and coffee flavours, or if I should be more adventurous and try a fruit flavoured scoop – melon – perhaps?

I felt completely comfortable sitting there, taking time to muse over the tubs of softly frozen concoctions because the owners had likewise decorated the interiors of La Cremeria Toscana in deep reds for the sofas and lined the floors with terracotta tiles that were prevalent in Italian interior design since the Roman Empire. This had the overall effect of bringing me to Tuscany, one of my favourite regions of Italy with its gently undulating hills, even if for that one sitting of gelato.

I would have spent the entire afternoon lounging in the red velvet of the sofas and sampling various flavours of their creations if not for that on the same day, I had also wanted to make it to the national museum before its closing time.

To describe in brief, the experience of having gelato at La Cremeria Toscana?

It was a personal small luxury to have found this place in my walks. Silent in its location to be in L’Eixample that houses some of Antoni Gaudí’s most famous works, it’s a gelateria that brings you the exclusive know-how of Italian gelato making, right in the heart of Barcelona.