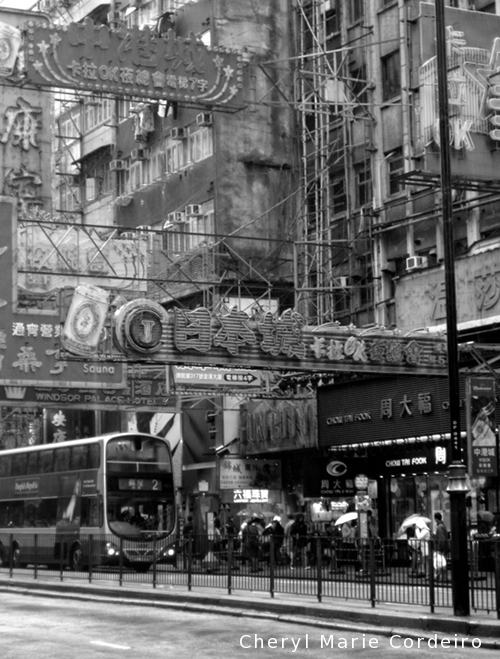 Street in Hong Kong.
The moment you realize that navigating this scene will require much more
tacit knowledge skills than years of actually living in Asia affords.
Text & Photo © JE Nilsson, CM Cordeiro 2013

– Don’t worry, once you’ve learnt how to ride a bicycle, you’ll know it forever. Bicycle riding becomes you. You are the bicycle!

So I was told when I was about five or six years old at the time, riding a bicycle with small trainer wheels at each side of the back wheel, that gave me no security in feeling in balance with the mechanism because I felt I was going to tip over one side or another at any one time.

Perhaps I’m not of the adventurous sort.

Bicycle riding proved traumatic enough for me as a child that was compounded by the fact that as I grew up, I never really got to keep any of my bicycles for one reason or another. I still mourn the demise of my muffin cute pink, purple and white racer, and no, it doesn’t matter if the colours of the bike has nothing to do with its function, that bike looked good enough to eat and as a little girl, that’s all that made my day just staring at it, not wanting for it to get a slick muddy in the monsoon seasons of Asia.

So at the back of my mind, not only was I worried I would never be able to balance without trainer wheels on a bicycle, but I wouldn’t actually have the contraption to ride anyway. Why spend time mastering riding then when I could be playing with my Cabbage Patch kid?

– Well darling, we love it that you love your Cabbage Patch doll, imagined and fantasized from the mind of a little boy no less! But we’d still love you to learn how to ride a bicycle because you’ll grow up to be a competitive individual! This is Singapore! This is Asia! We’ll be in full entrepreneurial mode for the next fifty years! So if you end up not being able to cut carrots in equal sizes which I know you can’t do – as your Mother, I’ve been observing you already and your future mother-in-law will never approve of your cooking talents – then bicycle riding is that value-add for you! How else are you going to land a husband? 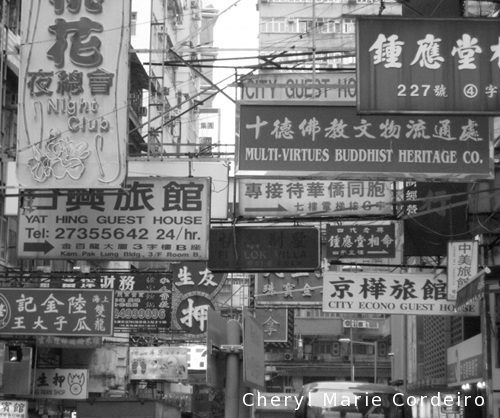 As autumn arrives and leaves on branches seem to slowly retire, life at organizations in Northern Europe are awakening to full speed activity, one of which includes itinerizing my travel plans to Asia that immediately brings me back to the streets of Hong Kong, and this time, with the words of Stéphane Garelli in mind on the fundamentals and history of competitiveness (Garelli, S., IMD World Competitiveness Yearbook 2013).

I would of course be instantly back in Hong Kong if only for its food. But there is a flavour of street Asianism that permeates the majority of atmospheres when in the cities of East and Southeast-Asia that all at once boosts and accosts your senses at the same time – information (overload) – and very quickly, how to navigate the scene.

And it would be fine if that remained simply street aura, but life on the streets that is public domain is mostly a variant manifestation of the private domain and private spheres of life and I can already see the scenario before me with the sea of questions that begins not with, “How have you been all these months?” but a curt kopitiam, “So, you got boyfriend or not?”

To which my response will be:

– So, have you seen the Vis Vires from Factor Bikes? Invisible brake cables, wheels are 50mm deep carbon clinchers, 26mm wide profile, DT Swiss 240 hubs with straight pull spokes…And hey! I hear their Aston Martin project comes in a flaming orange! That colour is to die for!