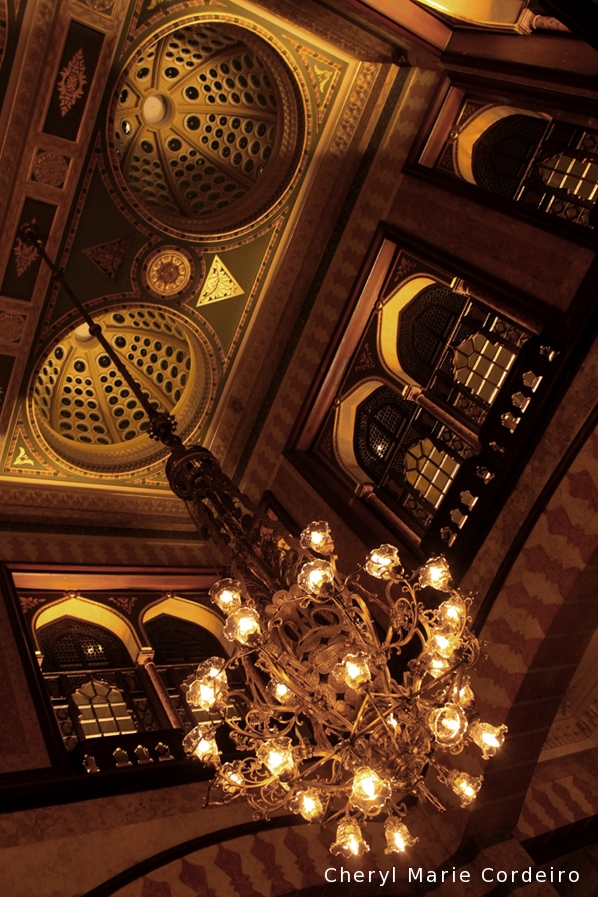 Pera Palace Hotel in Istanbul was built at the end of the 19th century
to host the passengers of the Orient Express.
Text & Photo © JE Nilsson, CM Cordeiro 2013 From the hotel outdoor terrace we had a splendid view over the old City of Istanbul,
straight across the Golden Horn.

The original Orient Express was a normal international railway service that began in 1892, the name of which has become synonymous with intrigue and luxury. The two original endpoints were Paris and Istanbul. Here at the easternmost terminus the Pera Palace Hotel was built also in 1892 to house its passengers. The hotel is located on the Pera side of Istanbul overlooking the Golden Horn and with a panoramic view over old Istanbul. It is within walking distance from İstiklal Cad, one of Istanbul’s more elegant shopping streets and lies within walking distance of the European and Russian consulates, being just downhill from the Swedish consulate that was built here already in the mid 18th century.

The hotel is filled with memories and mysteries of the Orient, much of which can be traced in writing, in literature and fantasies of the 19th century. The original chandeliers and the oriental rugs are all here, feeling plush against your toes. Immediately when you enter the Hotel, you feel whisked back into the romantic era of the Orient Express. Even more so, if you sit down in the Orient Bar and enjoy the atmosphere, and maybe order that whiskey sour that was the favourite drink of Ernest Hemingway when he stayed here.

The Hotel has had many famous guests over the years. One of them was Agatha Christie who most appropriately stayed here while writing her 1934 novel The Murder on the Orient Express. If she had any favourite drink other than the water she is known to have preferred, I am not aware of that. Her room, No. 411 is still here though and turned into a museum. It also holds an intriguing background story of Christie’s which until today has left eleven days of her life unaccounted for. Eventually this very room holds the mysterious key to her diaries. The interior decoration is still very much its original, with pearl inlaid book shelfs and books, alluding to its former guests. 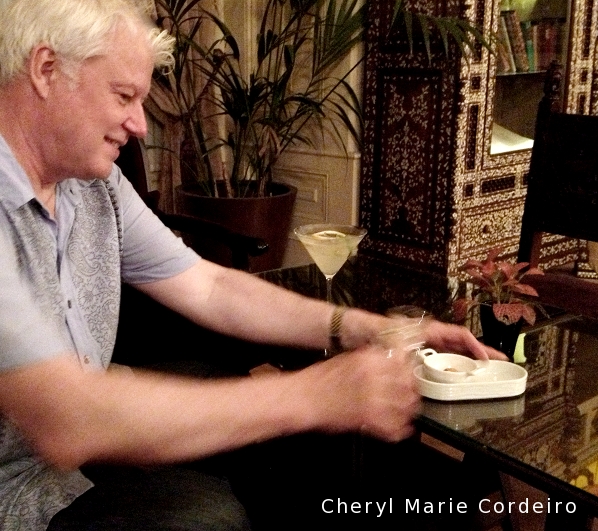 This iconic building has played host to an impressive list of guests that includes Ernest Hemingway, Agatha Christie and Alfred Hitchcock along with this mysterious guest, autographing his bill. 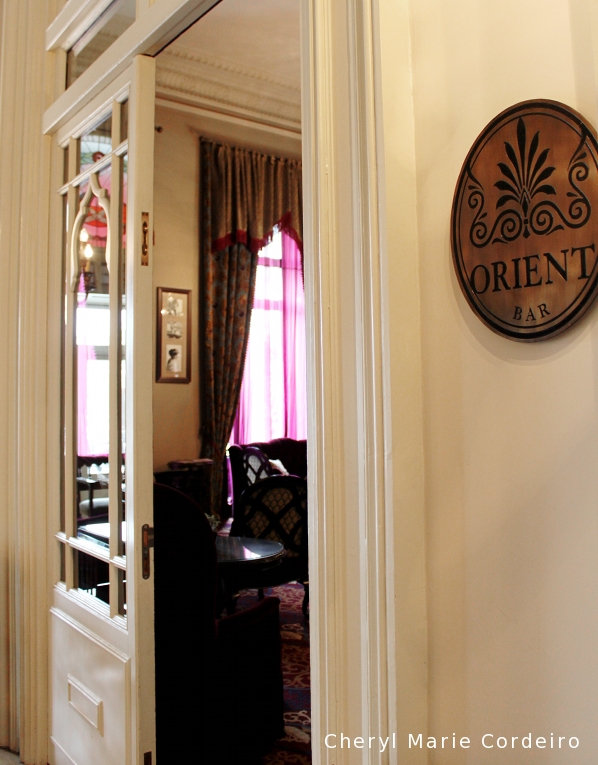 An entrance to the Orient Bar. The Orient Bar in hues of ametrine. The romance of old Istanbul. One of the afternoon pleasantries for the guests of the hotel is to enjoy High Tea here. During the more busy winter season the High Tea is served as a voluptuous buffét, but even during the summer season the kind staff were happy to find something for us to enjoy, as well as promising to provide pretty much anything we wanted from the a la carte menue. Pera Palace was the first European hotel in Turkey and also the first building in Turkey to be powered by electricity, other than the Ottoman Palaces. It was also the only address in the city to provide hot running water for its guests and was home to the first electric elevator in Istanbul.