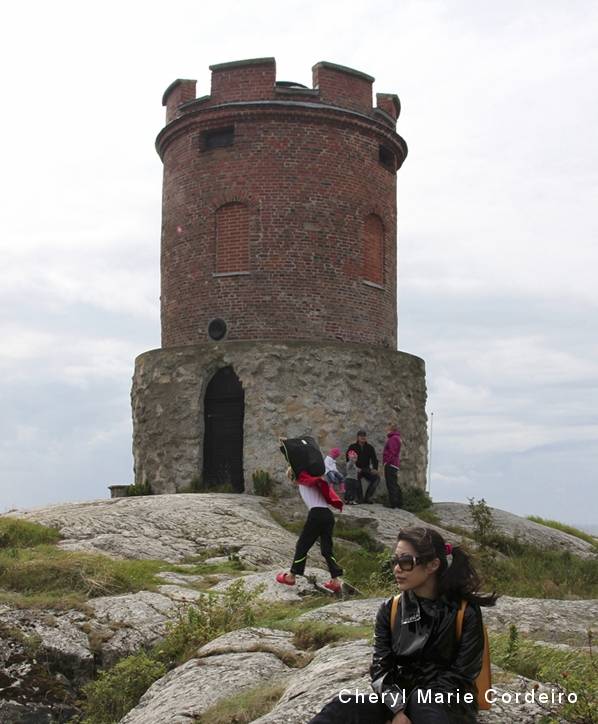 Känsö’s ship observations tower at the island’s high point,
offers a splendid view over the neighbouring islands of Gothenburg’s southern archipelago
and is well worth the effort making it up there.
Text & Photo © JE Nilsson, CM Cordeiro 2013

Känsö is a small island in the Southern Archipelago of Gothenburg. The name refers to its use by the people of the nearby island of Brannö, who let their cows grass on it over the summer.

In the early 19th century, science medical theories had made enough progress to suggest that becoming ill could be avoided by insulation. The island’s location immediately south of the Gothenburg port entry made it ideal to be used as a quarantine to try to protect Gothenburg and Sweden from any number of contagious deceases that at the time, plagued continental Europe and Asia.

The theories and practices developed here were advanced, though as time moved on, the progress and knowledge in hygiene standards that was made through the use of this facility eventually disseminated to the mainland hospitals. The consequence was that the island was gradually made available for other purposes and it is today, a military naval base and training camp.

The first quarantine manager, Jacob Forsell and chief surgeon of this facility had plenty of free time on his hands, some of which he devoted to developing the island’s meagre flora. Being mostly rocky and barren he created space for an apple orchard of 150 trees and planted the remaining island with more than 5,000 other trees of which quite a few appears to have been pine, considering what is still standing on this restricted access island. 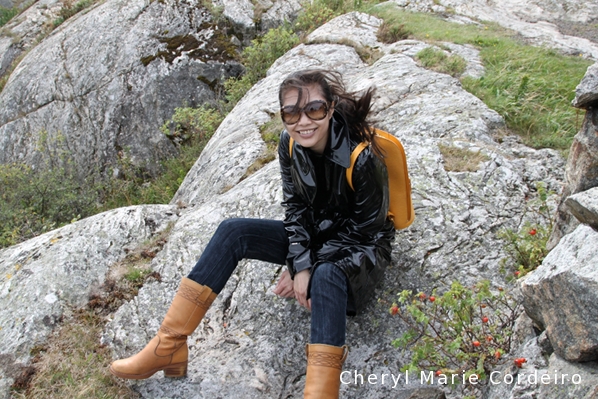 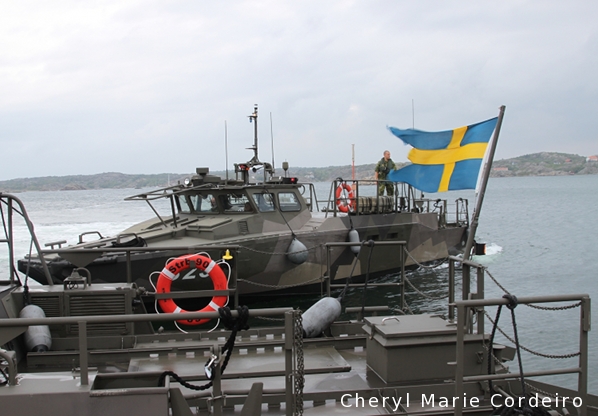 The upside of turning this beautiful pearl of a paradise into a restricted entrance naval base, is that the island’s interesting botanical flora have been protected from over tourism. Many plant species have been left to develop into lush gardens in a manner rarely seen even in areas of wilderness specifically designated for preservation even from eco-tourism, in Sweden. The drawback, is that many of the special varieties of fruits and herbs planted here have likewise gone unnoticed and thus unappreciated, with few having any knowledge of them at all. The unlikely wild, blue raspberries that thrive on the island for example. 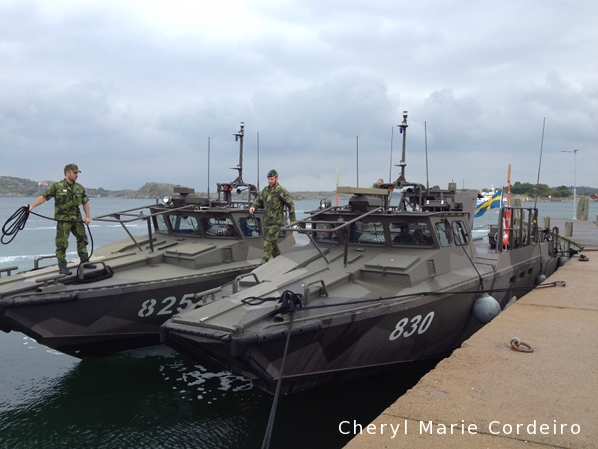 All visits to the island need to be applied for in writing, agreed upon in advance,
and accompanied by a military vetoed guide.

In 1804 the Swedish contagious disease control unit decided that a permanent quarantine facility between Gothenburg and the west sea was required. This was due to that during the 1700s, the plague had ravaged Sweden and the fear of new plague epidemics were great.

Känsö was found to be a suitable place, not least because there was already a temporary quarantine since 1771 that ran together with the herring and whaling industries on the island. Shipping and imports increased steadily, where in addition to the fishing industry, trading ships that brought cotton from Egypt and salt from Spain were also deemed at high risk to spread contagion. In the Mediterranean, port cities had already from the Middle Ages discovered that insulation – quarantine – had positive effects in slowing the spread of diseases.

Admiralty doctor Pehr Dubb was called in as a medical expert to help design and build a state-of-art patent hospital to manage and control the mass situation. 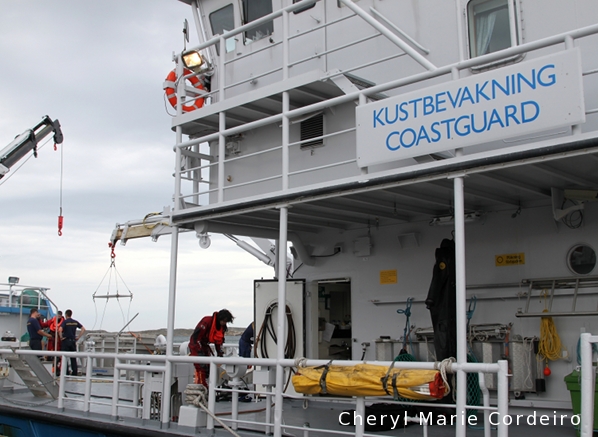 The coast guards, on a diving mission. 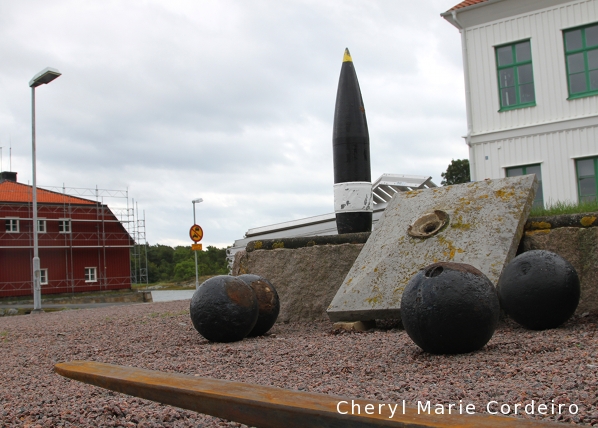 Based on his own research, Pehr Dubb designed and modelled a hospital with patent medical facilities. Hospital rooms for example, should have few beds and these should be isolated from each other. Patients who came in were treated in a systematic manner that had clothes removed and incinerated in line production style. Each room should have good ventilation, a stove, and a private water closet. Lavatories would be flushed through the tube from a tank in the attic. Moreover, each hospital building should be isolated from one another and from the environment. Hygiene standards and procedural standards were very stringent and to be followed most carefully by all hospital staff. 1st of May 1819, the quarantine Commission inspected the new facility. This consisted of a disease control hospital and an observation hospital surrounded by magazines. The magazines held imported goods for brief storage and disinfection, where some methods included the smoking of goods with chlorine or sulphur gas. At the far end of the bridge for disembarkation is “parloiren” a building where patients could receive visits without coming into direct physical contact with their visitors. It consists of a room with two separate entrances, one from the lake side and one from the mainland side. Inside, runs a gutter across the room with tall iron bars on either side all the way to the ceiling. In the gutter, a sulphur fire was burnt during the visitation call, as the smoke was considered to disinfect and help contain the spread of disease.

A local story goes that at some point in history, there was a group of strapping fit men from the archipelago who were detained in quarantine, to which the women came to meet their men on the other side of the bridge. With the men on one side and the women on the other, the weight of the entire party was too much for the bridge to bear and it soon collapsed with everyone ending up in the lake. 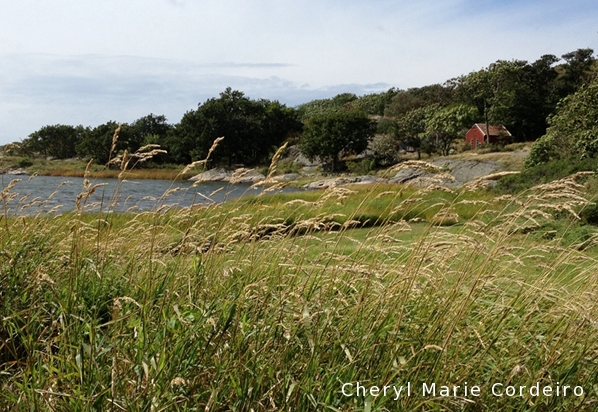 Jacob Forsell was responsible for the greens of the island.

At Känsö’s highest point, you’ll find an observation tower where the staff could keep a watch out for VINGA and report on approaching vessels. These observations were kept in coordination with the battery of guns lined up at the hill above the port that is about 300m away from the tower, in order that they could fire a warning shot against invaders. For incoming trading ships, a small boat would also be sent out from the port to help steer the incoming vessel to the quarantine.

Känsö quarantine facilities has had a rather peaceful history, if not found in a somewhat isolated location for its purposes. 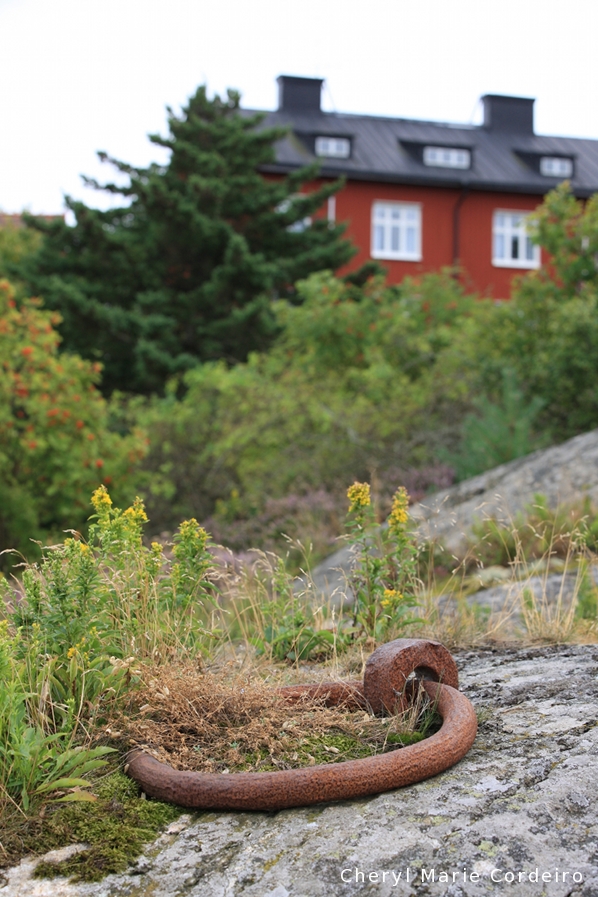 If there was any significant importance of this island, it would have been a primary facility during the 1830s in containing a cholera epidemic, though cholera reappeared in the 1850s.

Around the 1860s, the facility, due to advances made in medical knowledge and new discoveries, began to fall into disuse. The last vessel with cholera was admitted in 1909. During the First World War many were also taken to this facility in the “debugging” to prevent the spread of diseases, but some plague victims were never placed at this island. Nonetheless, the medical research and activities on Känsö during the past centuries have also contributed to improved sanitation and health care on board ships, as it was both expensive and impractical for ship owners and merchants to have too many headcounts of a sick crew that would mean late deliveries. In Tolkien’s woods on Middle-earth, Fangorn. 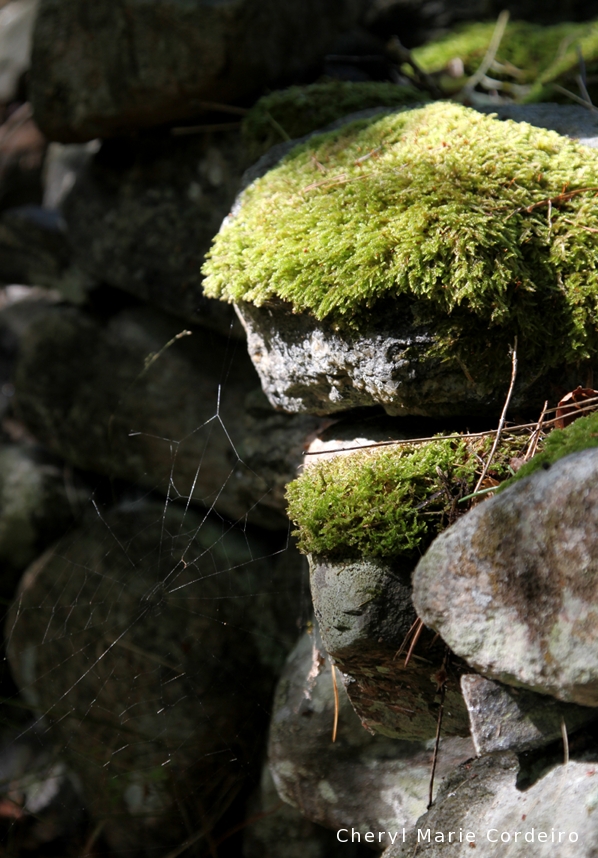 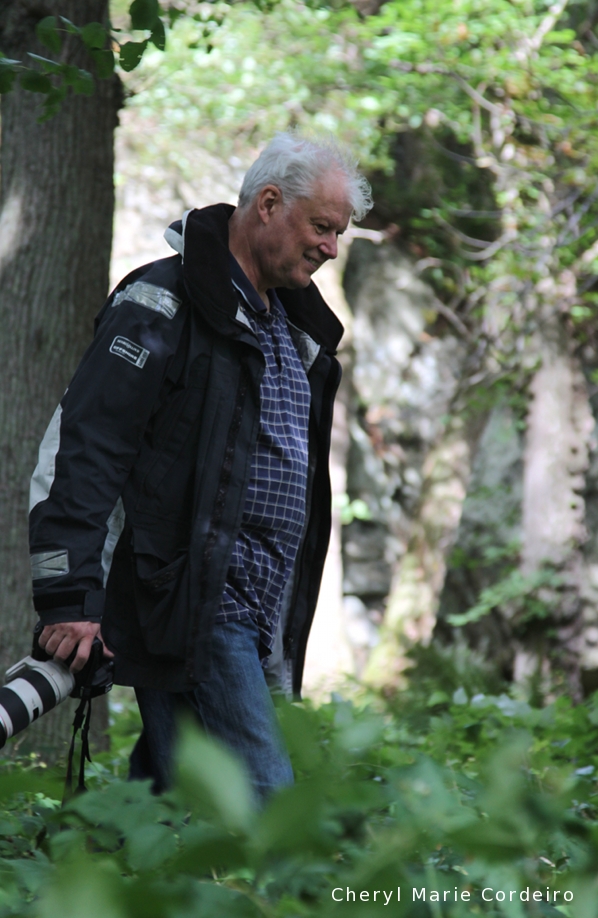 Rubus leucodermis, blue raspberries on Känsö, planted by Jacob Forsell in the 1800s.

The quarantine facilities on Känsö remains today, a relatively unknown part of Swedish medical history. To the extent that Gothenburg was the gateway to the west, the discovery of Känsö’s quarantine facility was itself kept under lock and secret, for nearly a hundred years.