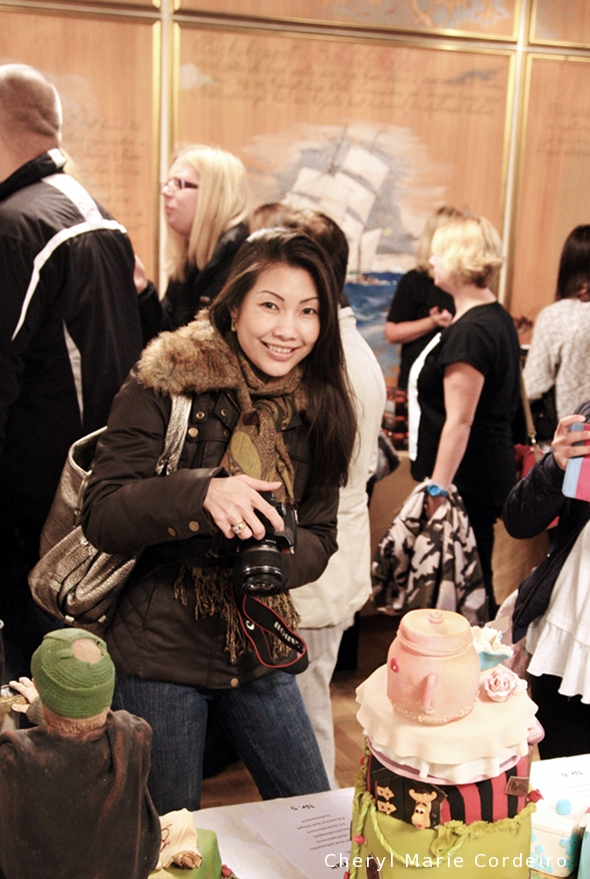 I didn’t think I would meet Douglas Adams’ thoughts in this context, but this was an event of forty-two. In Adams’ The Hitchhiker’s Guide to the Galaxy (1979:181), in answer to the ultimate question of life, the super computer, Deep Thought, was adamant forty-two was the answer.

“Forty-two!… Is that all you’ve got to show for seven and a half million years’ work?”

“I checked it very thoroughly,” said the computer, “and that quite definitely is the answer. I think the problem, to be quite honest with you, is that you’ve never actually known what the question is.”

“But it was the Great Question! The Ultimate Question of Life, the Universe, and Everything.. .. ”
“Yes,” said Deep Thought with the air of one who suffers fools gladly, “but what actually is it?”

Thing is, Adams was not alone, for Lewis Carroll might have known the same. 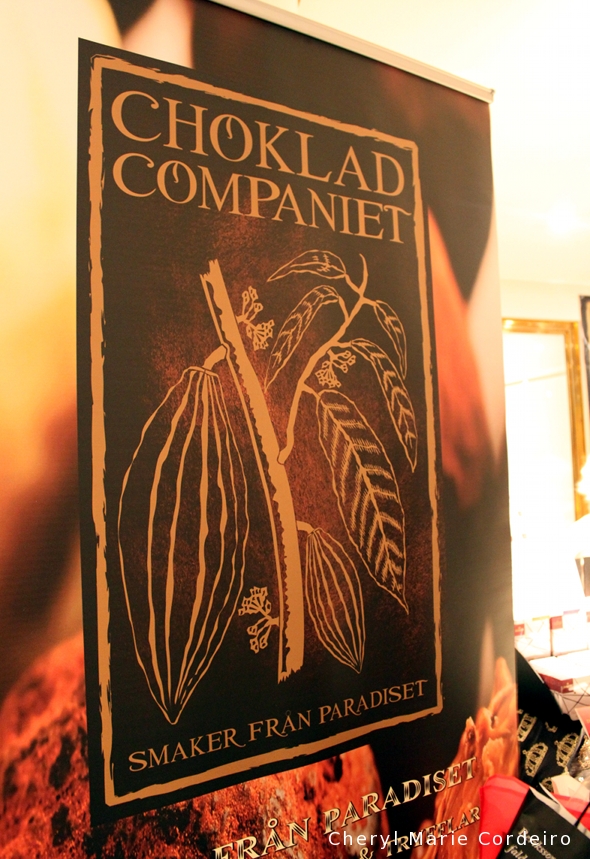 The location of the annual Gothenburg Chocolate Festival was as perplexing as some ingredients that go into the world’s most delectable pralines. This year, it was to be at Elite Park Avenue Hotel, where I wondered how that might work since that would mean – a meandering through the ballrooms located on the second floor?

And it was as expected, a meandering through of the ballrooms. But by the time I had entered the first room, what was expected, became the very definition of that serendipitous find of the unexpected.

As if in a labyrinth of chocolate and candy tiled walls, each room I entered had a surprise find. This was of course a result of that I was only too excited to really sit down and chart the exhibitors and their places on the given map by the organizers, a prerequisite reading that I skipped. And so without reading, I simply proceeded to discover who sat where at this trade fair, more often than not, literally bumping into friends along the way. 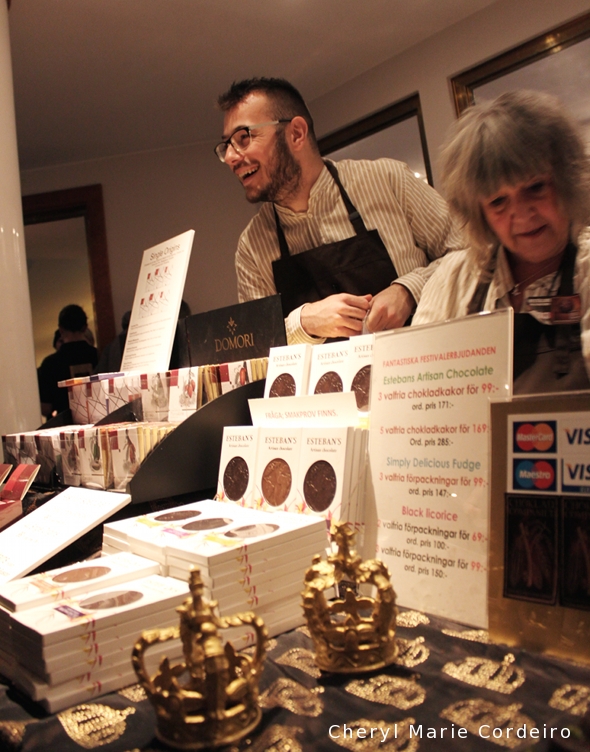 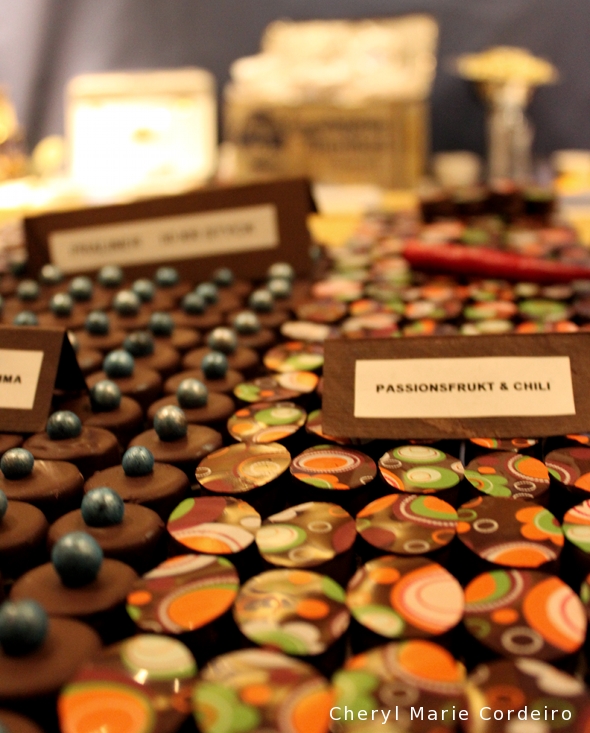 A recipe for spontaneous combustion.

New this year at the chocolate festival is the Guldpralinen open competition, where chocolate lovers were encouraged to submit ten pieces of their artistic confections and expressions to be judged by professionals in the industry. This competition runs parallel to the Festival Cake competition, a category open to both visitors and students at Burgådens vocational institute. The students have for themselves, a theme entitled “England” and with some imagination, have presented an array of stacked and layered cakes to some of the most beloved and charming fables of all time. The winner of the festival cake is chosen via public voting, by filling out a short form and dropping it in a box at the end of the long table where the cakes stand. 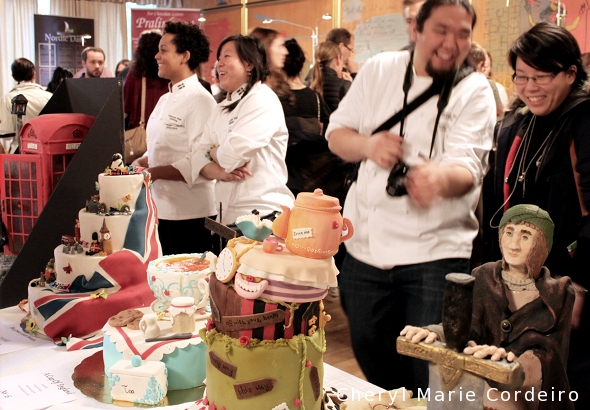 Far right, the legend of King Arthur and Excalibur, an entry to the Festival Cake to the theme of “England”. 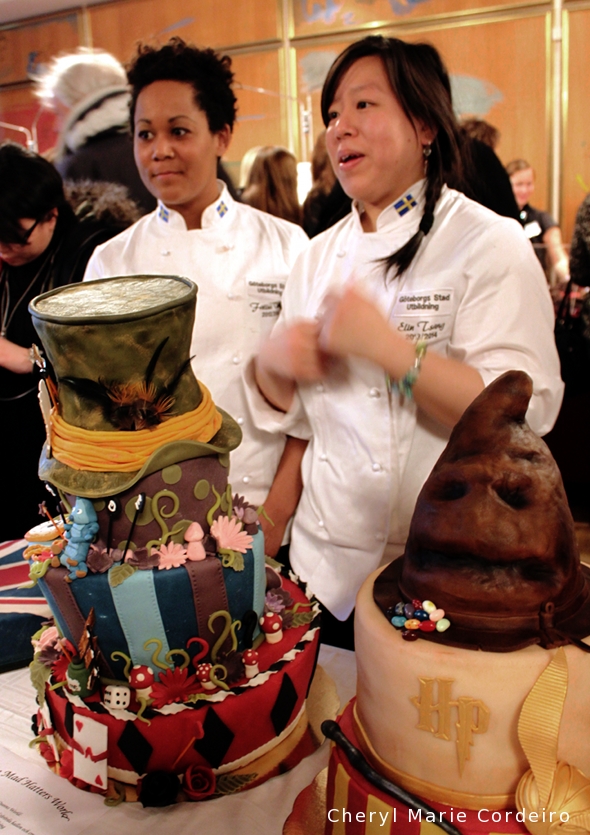 On the table, Harry Potter and his Golden Snitch stand right next to the Mad Hatter. 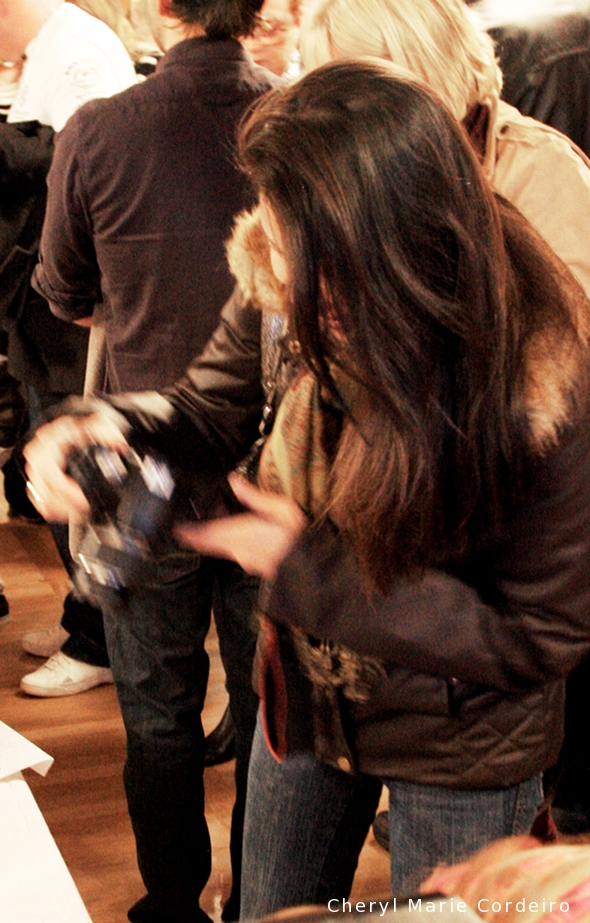 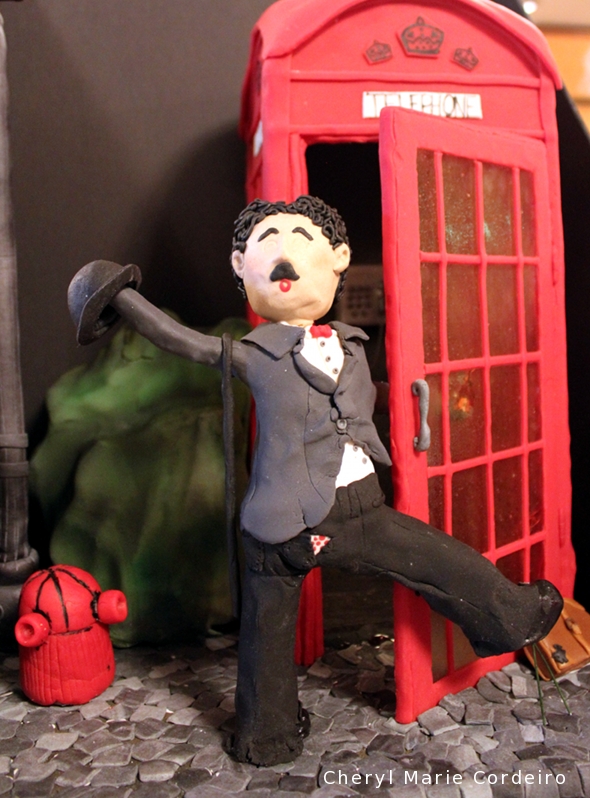 Hello Charlie! A lemon mousse and white chocolate concoction on a brownie base. 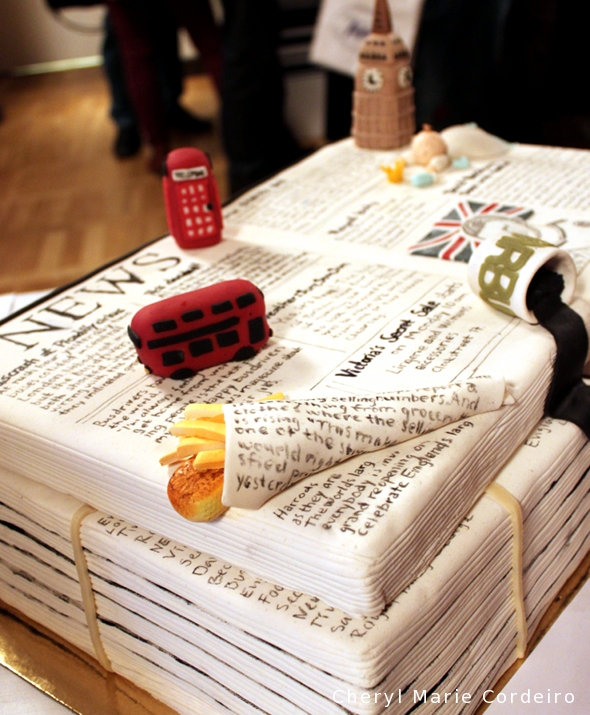 Eye on the News. 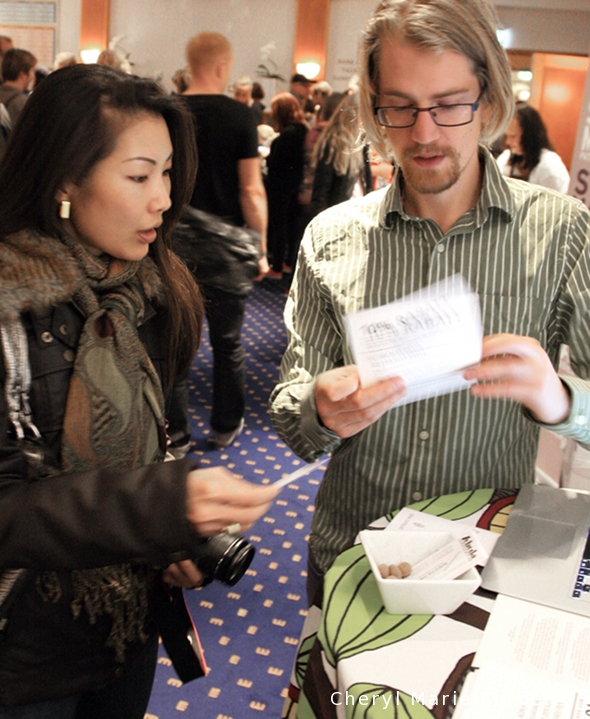 I loved that this year’s chocolate festival seemed to serve as prelude to the upcoming and much anticipated Christmas markets in Gothenburg. The colours, the atmosphere, packages in red ribbons sitting next to striped candy canes.

Stockings. That’s what came to mind when browsing this room. The Gothenburg Chocolate Festival is a serenade event that beckons visitors to become part of it, a velvet cloak to be worn, a fantasy to be indulged and Rule Forty-two to be pondered. From creamy pralines to mousse filled cakes, creation to presentation, it’s a feast for the senses and an unabashed invite to explore the breadth and depth of your individual palate.