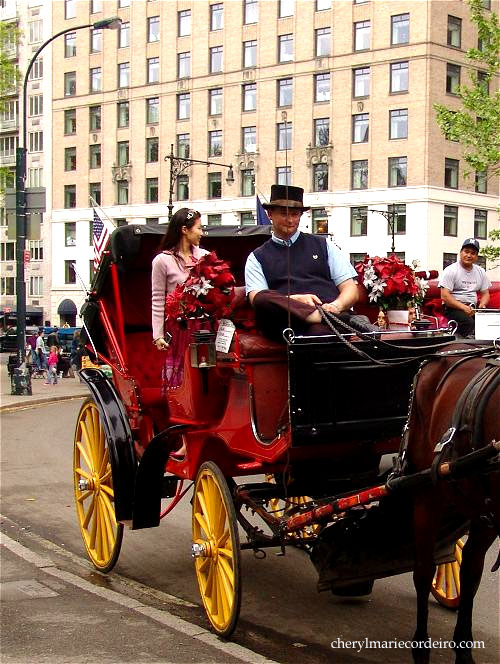 These horse carriages, which define New York City as much as the Statue of Liberty and the Empire State Building, can be found parked along the oval roundabout almost directly in front of the toy store FAO Schwartz.

The city sight at this particular spot where the skyscrapers tip the doorstep of nature, is fantastic! Standing with hands outstretched where the horse carriages are parked, you can almost touch with your fingertips, Trump Tower, FAO Schwartz, Cartier, Saks 5th Ave, Bergdorf Goodman, Henri Bendel, Gucci and Louis Vuitton. 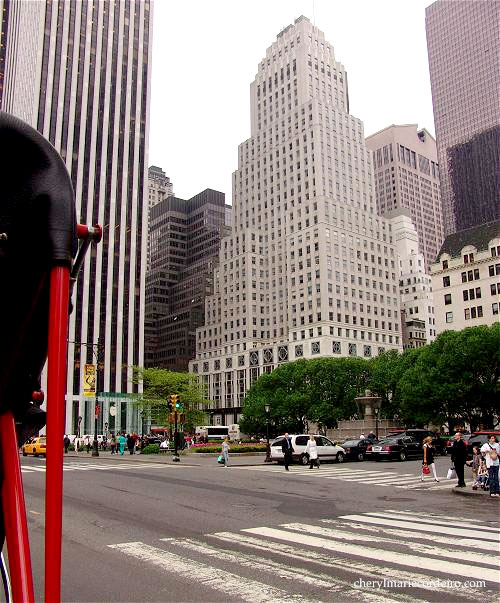 A view from Central Park South, looking down 5th Ave.

The geographic alignment of places all well known is overwhelming, on the one side of the road is the Central Park Zoo featured in the animated movie Madagascar, 2005, while on the other side, the twin towers from the final scenes of Ghost Busters, 1984. Tiffany’s from Breakfast at Tiffany’s, 1961 where Holly Golightly browsed for the perfect Tiffany’s gift, is just around the corner.

And a languorous 19th century horse carriage ride through all of this? Irresistible! 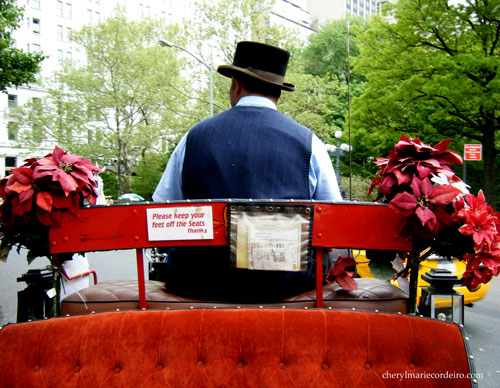 Inside the horse carriage, plush red velvet seats that reflected the Irish in our driver.

Patrick, our driver, was originally from Ireland and had been in New York for more than twenty years now. He, as well as most other drivers from the New York Horse and Carriage Association, are from Irish and Italian descent. Most of their families have been in the trade for generations. Patrick’s friendship with his horse, Tony, was heart warming to observe. Patrick was filled with care and concern for Tony’s welfare and needs. 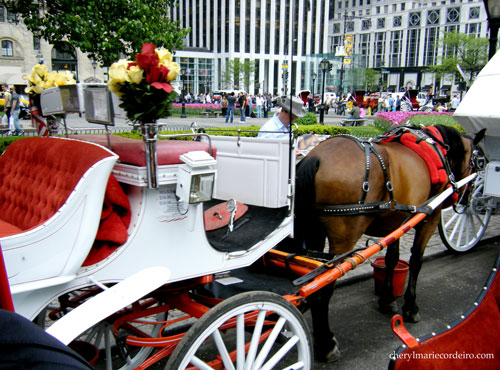 In the horse carriage, with a passing view of another.

A warm mahogany brown all over, Tony was absolutely charming. He stopped along the way at a water spigot to get a drink and when he was done, we moved along. 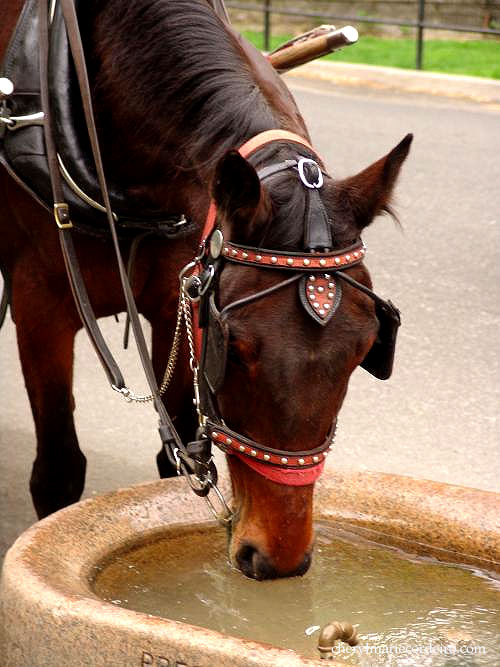 Gasoline friendly, with one horse power. With gasoline prices soaring, it was thought provoking to see Tony refreshing himself with pure water before happily trotting away to show us the rest of the park.

But all too soon, it was back to the revved up city beat and to idiosyncratic driving of another sort altogether. 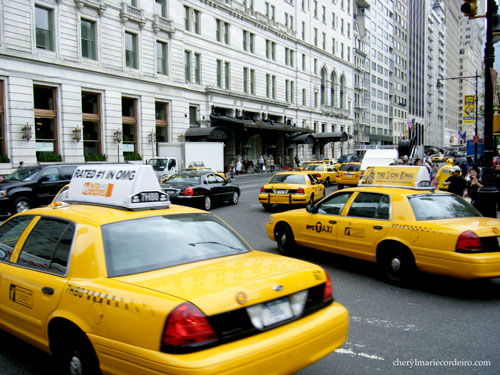 The New York traffic that hurried by.

An unforgettable experience. And as with most things that are too good to be true, the risk of abolishment of these horse carriage rides is just around the corner with a Bill by Tony Avella. The reason given is that the horses are anachronistic and a danger to themselves and others. Lets hope they settle for just moving this time-tested business from the Avenues and into Central Park. I think both Tony and Patrick and all their colleagues would be perfectly ok with that.

Things I love about Philly!